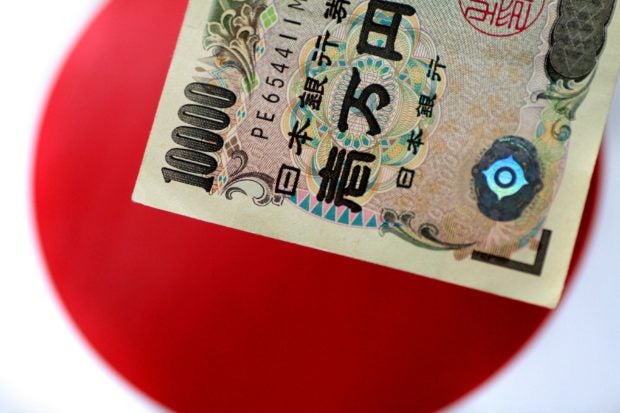 MANILA, Philippines—The Philippines ventured into the “green” debt market for the second straight month, raising about $550 million, or over P29 billion, from yen-denominated ESG or environmental, social and (corporate) governance samurai bonds.

While it was the Philippines’ second foray into the green bond market, these samurai bonds were its first all-ESG issuance. Last month’s maiden $1-billion US dollar-denominated green bonds were issued alongside $1.25 billion in the usual sovereign securities.

In a report to Finance Secretary Carlos Dominguez III, National Treasurer Rosalia de Leon said that “issuing at this size without the three-year tranche is an accomplishment as it is usually our anchor tenor in our samurai issuances.”

“This is the Philippines’ first time issuing in the long end of the curve in the samurai market,” De Leon told Dominguez, adding that the offering attracted both the “usual heavy-hitting investors” as well as new Japanese creditors.

Proceeds from green bond issuances finance projects aimed at climate change mitigation and adaptation. The Philippines wanted to raise climate resiliency funds on its own partly through foreign borrowings as developed countries have yet to fulfill their financing commitments to support poorer nations during their clean energy transition under the Paris Agreement.

So far this year, the Philippines already raised $2.8 billion out of its $7-billion foreign commercial borrowings program. Asked if the Duterte administration has more offshore bond issuances in its pipeline before it steps down in mid-2022, De Leon replied: “We will have to also see how the second half plays out with the next administration’s fiscal program.”

The Philippines has yet to raise funds from the euro debt market this year, while it shunned the renminbi-denominated panda bonds being issued in China two years into the COVID-19 pandemic.

On top of the money raised from the US dollar and yen bonds, De Leon said the national government had “built a healthy cash buffer” so far in the first half of this year. Revenues being collected from import duties, for instance, were benefiting from expensive global oil prices.

De Leon said the government will have to see if green instruments would become a bigger source of foreign financing in the future.

Also on Tuesday, the Bureau of the Treasury raised P22.03 billion from its offering of P35 billion in reissued five-year bonds. These IOUs maturing in April 2026 were awarded at an annual rate of 4.968 percent. Bid rates hit a high of 5 percent and a low of 4.85 percent. These securities with a remaining life of four years were awarded at a coupon rate of 3.375 percent when first auctioned off last year.

“Rates were higher as US treasuries continued to soar after the US Federal Reserve’s minutes were released and more Fed hawkish comments [showed it would] start balance sheet runoff aside from aggressive rate hikes,” De Leon said.

The Philippines will borrow a total of P2.2 trillion this year, of which three-fourths or P1.65 trillion would be sourced from the domestic debt market, and the rest amounting to P560.6 billion would be from bilateral and multilateral lenders as well as through offshore bond issuances.