Loophole to allow remote work for 30% of BPO staff 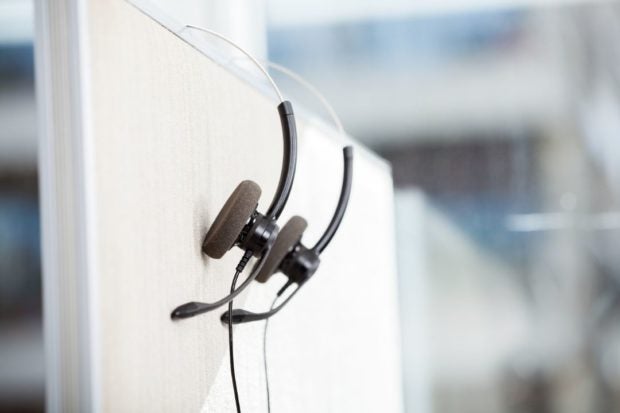 The co-chair of the Fiscal Incentives Review Board (FIRB) said business process outsourcing (BPO) firms can have up to 30 percent of their employees working off-site, although the companies might only be eligible for tax incentives for work done in the office.

Government guidelines placed earlier in the pandemic allowed the BPO industry, the largest employer in the private sector, to keep its tax breaks while having up to 90 percent of its employees work from home.

This lasted only up to the end of March, even after the BPO industry and Peza asked to extend the deadline until September. While the FIRB had earlier said that this would mean a 100 percent return to office by April, Peza revealed that some leeway existed under current rules.

BPO firms are considered export enterprises since their services cater to the overseas market. Export enterprises, under current rules, should get 70 percent of its sales from the export market while the remaining 30 percent could be sold locally.

Peza now interprets this to mean that BPOs can have 70 percent of their employees work on-site while the rest work from home.

When asked for comment, Lopez said this was possible.

“The 70/30 export to domestic revenues as definition of export enterprises can also be applied on [the on-site/WFH] arrangement,” Lopez said in a Viber message over the weekend.

“Registered enterprises who keep to this will continue to enjoy incentives. However, what can be questioned later by the Bureau of Internal Revenue is whether the incentives should apply to all of the project’s revenues, or only to the revenues associated with the 70 percent done onsite,” Lopez said.

At only 30 percent, this is still far from the hybrid setup the industry was hoping for. It remains to be seen if the industry would push for more flexibility, or if it would hope instead for a more favorable position from the next presidential administration.

Peza said in a statement on Friday that BPOs that can’t return to the office immediately can request a letter of authority from Peza with the needed requirements.

Peza said it has been issuing letters of authority to interested registered enterprises applying for hybrid operations even prior to the COVID-19 pandemic.

According to Peza, this hybrid work setup will run until Sept. 12, 2022—the end of the COVID-19 state of calamity declared by President Duterte.

BPO companies will individually apply by sending their applications to Peza, the agency said.

The pandemic changed the way the industry viewed remote work, with IT and Business Process Association of the Philippines (IBPAP) president Jack Madrid saying in a recent interview that they realized they could grow even while employees worked from home.

“We have discovered that our work, the work of our industry, the work being done by the 1.4 million filipinos, can be done at home,” he said. “We were able to achieve that without sacrificing productivity and customer satisfaction ratings, based on what we have gathered. I think we did not lose any business. In fact, we grew.”

Working from home has helped the industry thrive despite persistent lockdowns, creating 23,000 new jobs in 2020, just when the crisis pushed the country’s unemployment rate to its peak in 15 years.

Its workforce grew further by 8 percent in 2021, adding about 100,000 new jobs, while revenues went up last year by around 12 percent to a total of $28.8 billion, according to IBPAP data. By the end of last year, IBPAP data said around 60 percent of the industry’s employees worked from home.

BPO firms abroad, including those in the Philippines’ biggest competitor India, will likely continue to have many of their employees working from home even after the pandemic, according to a previous Inquirer interview with officials of the Everest Group, a research firm that advises Global 1,000 companies in outsourcing their services. India is already adjusting its policies and tax breaks to support work from home. The Philippines, said the officials, should do the same or get left behind.