Not just another stockbroker 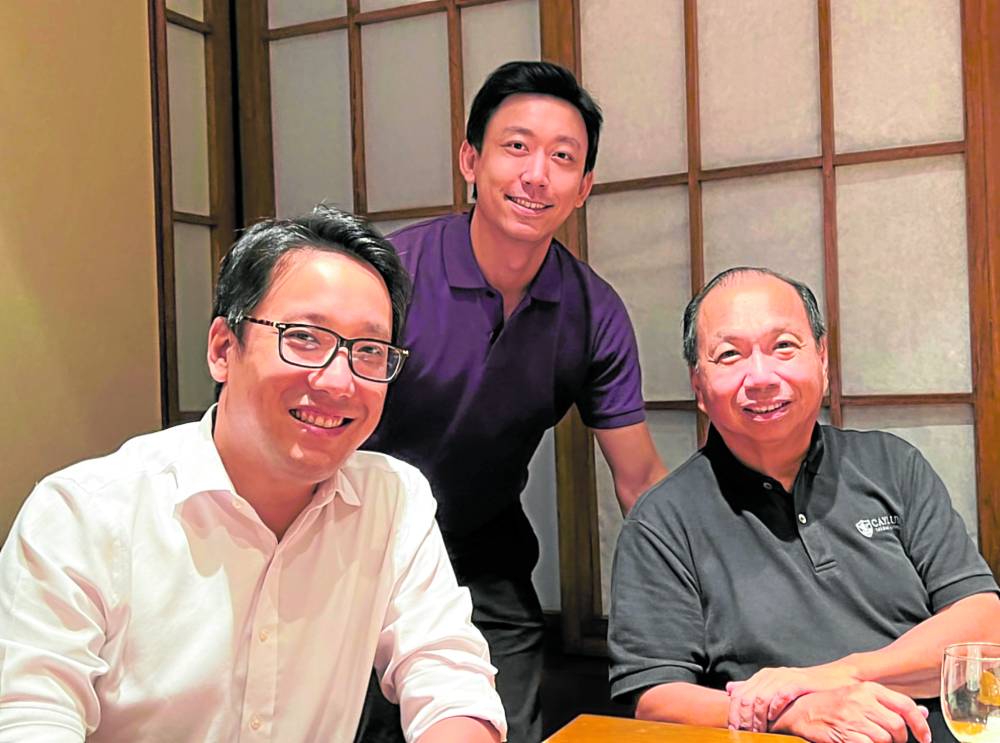 Anyone familiar with the local stock market knows about COL Financial Group Inc., the country’s leading online stock brokerage which is itself a publicly listed company.

COL, aka “Citisec Online,” is an offshoot of Citisecurities Inc., aka “Citisec Offline,” the original stock brokerage house founded by veteran broker Edward Lee in 1986 as a traditional broker that also traded for its own accounts.

In 1999, Citisecurities spun off its brokerage business and migrated customer accounts to COL. It has since then focused on proprietary trading of stocks here and abroad. This is the same company that recently debuted as CTS Global.

Those who subscribed to CTS’ recently-concluded P1.37-billion initial public offering (IPO) essentially bought into a house of equity fund managers who stalk local and global stock markets for “alpha” or profitable trades that beat market benchmarks. It is also an alternative way of participating in the global capital markets.

To date, CTS has a P550-million portfolio and a team of about 30 traders, each of whom functions with relative autonomy while still working within the group’s playbook—sort of how franchised stores have to comply with the tried-and-tested methods of a fast food blue chip like Jollibee. Like a restaurant chain commissary, CTS provides support to its “franchisees” or “stores” in the form of research and risk management capabilities.

The traders have an incentive to outperform because they earn a share of profits from their assigned portfolio. Such share can go as high as 25 percent, on top of other performance bonuses, even if the basic salary itself is not a big deal.

“The key thing here is that the cost (salary) of the traders stays the same, but their capacity is unlimited,” CTS president Lawrence Lee explains to Sunday Biz.

As a trader proves his worth, the portfolio allotment increases along with the profit sharing percentage.

CTS, now one of the country’s largest global stock trading firms, has a dynamic pool of traders with an average age of 27 to 28, while the the oldest are in their early 40s. Interestingly, it’s the younger traders who tend to stay longer in this space, where the bar is getting higher and higher.

In 2013, Lawrence’s younger brother, Edmund, set up stock trading school Caylum Institute, with CTS’ prized traders as the teachers. The best graduates are offered roles at CTS, which has since then been recruiting traders solely from Caylum, which has become an integral part of the COL ecosystem.

Lee estimates that it takes a year and a half to two years to develop a new trader from scratch into a bankable “store.”

“[It’s not that they are losing money. It’s just that that the level of confidence in your own trading system doesn’t emerge until about 18 to 24 months,” he says. “The reason is: if you look at the markets, there’s a sell-off every year and a half. We can tell traders that this is what’s going to happen, but unless they see it firsthand and experience it firsthand, they won’t really understand how to cope with it at that moment in time.”

CTS Global encourages the development of distinct trading techniques among traders for as long as they fall within the rules of its “FTSR” framework, comprising fundamental analysis, technical analysis, sentiment and risk management. These are seen as the main pillars of successful active trading and the quintessential market timing system for the group.

The base of the framework is risk management, he says, noting this is something that is nonnegotiable.

“I’ve had to let traders go because they didn’t want to comply and making decisions that are not part of the framework,” Lee says.

CTS has a system that allows the real-time monitoring of all traders. It’s also important for the company to ensure ethical practices. “If the traders look like they have been compromised at any given point in time, we take them out,” Lee says.

Because half of its portfolio is invested in global markets and half in the local stock market, CTS benchmarks its performance against an index that tracks both the Philippine Stock Exchange index and S&P on a 50-50 calculation. It has consistently outperformed this benchmark over the past five years.

The pandemic-induced lockdowns allowed the company to transition to a fully work-from-home mode, saving millions of pesos otherwise spent to run its physical office every month.

The years 2018 and 2019 had been unprofitable for CTS (it incurred P8 million and P32 million in net losses, respectively), but Lee says it wasn’t because of market underperformance. CTS actually achieved returns of 27 percent and 23 percent, respectively, in those years. However, CTS had little trading leeway (alongside bigger office expenses) with just P200 million in capital. In 2020 when the group poured in P300 million in new capital, its financial return rose to 34 percent.

The P1.37-billion IPO proceeds are now seen to open up more trading opportunities while maintaining a lean cost structure. After all, the global trading business is highly scalable and provides a higher operating leverage. CTS also plans to develop global account management services and offer third party advisory services in the future.

This April 13, CTS will list on the local bourse after bringing 20 percent of shares to public hands. At P1 per share, the offering was pegged at a price to book ratio of about 3.2 times, in line with peer valuations.

Lee notes that the biggest misconception about CTS is that it’s “just another broker.” Some even wondered why they were listing another brokerage house.

“The difference is, we are our own customer. We have traders, we have brokers, but we don’t trade customer funds,” he says. Armed with greater liquidity, CTS seeks to uplift investors with its quest for alpha trades.

“Hopefully, one day we want the Philippines to be a proprietary trading hub of the world because we really have the talent.”