BOC seized P3.9B worth of smuggled goods in Q1 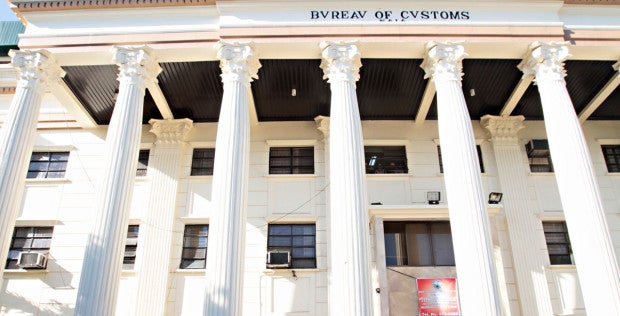 Bureau of Customs building. (Photo from the Philippine Daily Inquirer)

The Bureau of Customs (BOC) seized a total of P3.9 billion worth of smuggled items during the first quarter alongside an intensified anticorruption drive within its ranks.

In a statement on Friday, the BOC said its enforcement and intelligence groups confiscated fake goods valued at P1.9 billion; P1.5 billion in illegal drugs; as well as P132.6-million worth of illicit cigarettes from January to March.

Just on March 28, the BOC seized an estimated P600 million worth of smuggled counterfeit goods like clothing apparel, footwear, and motorcycle accessories, at a warehouse it inspected in Kawit, Cavite.

The BOC undertook 158 seizure operations against smuggled products during the first three months of 2022.

In the same three-month period, the BOC also conducted antismuggling operations through 25 letters of authority (LOAs) it issued, 16 of which successfully caught smugglers. Another 31 alert orders were issued by the BOC as of end-March, of which 20 unscrupulous importations were found violating customs laws, rules and regulations, it added.

Also, the BOC said that of the 450 foreign vessels that “deviated from their navigational paths” and entered the Philippines’ territorial waters during the first three months, it boarded and inspected 405 vessels, of which 124 already departed from the country following inspection; 41 underwent inspection; while 12 had yet to be inspected hence remained in the country.

“The BOC, under the leadership of Commissioner Rey Leonardo Guerrero, continues to intensify its border protection efforts to safeguard the country against the proliferation of illegal goods,” the country’s second-biggest revenue agency said.

Meanwhile, the BOC on Wednesday said it issued 32 show-cause orders during the January-to-March period, “which led to the dismissal, suspension, relief and reshuffling of erring BOC personnel.”

“The BOC’s customs intelligence and investigation service already conducted 250 personnel investigations, which resulted in the filing of one administrative case before the BOC’s legal service. In addition, the BOC also transmitted six cases to the National Bureau of Investigation,” it said.

As of March, “two BOC employees were dismissed, two were suspended, one was reprimanded, 85 were relieved, and nine were reshuffled or transferred to various offices and ports due to irregular and unlawful activities,” it added.