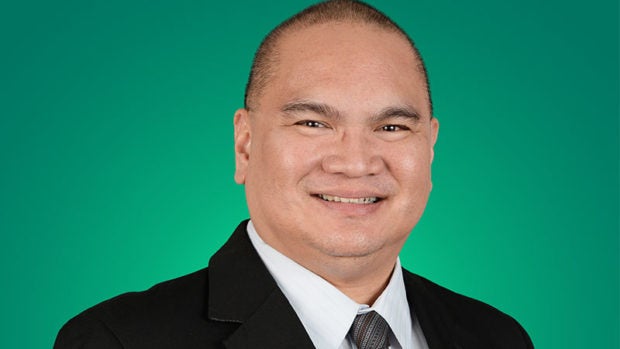 MANILA, Philippines—Lawyer Javey Paul D. Francisco will serve as commissioner at the Securities and Exchange Commission (SEC) for seven more years after he was reappointed by President Rodrigo Duterte about two months before the President steps down.

The SEC made the announcement on Monday (April 4), saying that Francisco would continue to “steer initiatives toward improving the ease of doing business in the country.”

Francisco is a “homegrown talent” at the SEC, having spent over two decades at the corporate regulator.

He started in 2001 as a securities counsel before being named director of the SEC’s extension office in Davao, the hometown of Duterte.

Francisco became a commissioner in 2018 to serve the unfinished term of Blas James Viterbo, the Aquino-era appointee who resigned early due to health reasons.

The SEC said in the statement that “Francisco played a key role in the crafting of guidelines that operationalize Republic Act No. 11232, or the Revised Corporation Code of the Philippines.”

Key issuances from the commission included SEC memorandum circular No. 16, series of 2020, which relaxed the requirements for company registration by allowing incorporators to authenticate articles of incorporation instead of having them notarized or consularized.

Another circular in 2020 provided the guidelines on the amendment of corporate terms while SEC memorandum circular No. 7, series of 2019, provided for the establishment of one person corporations.

During the pandemic, the CRMD successfully transitioned to a zero face-to-face setup.

“The commission’s programs toward the ease of doing business has been recognized by both local and international bodies, including the Presidential Anti-Corruption Commission who in 2019 cited the SEC’s implementation of an online registration system for minimizing the window for red tape, thereby curtailing corruption in government,” the SEC said in the statement.