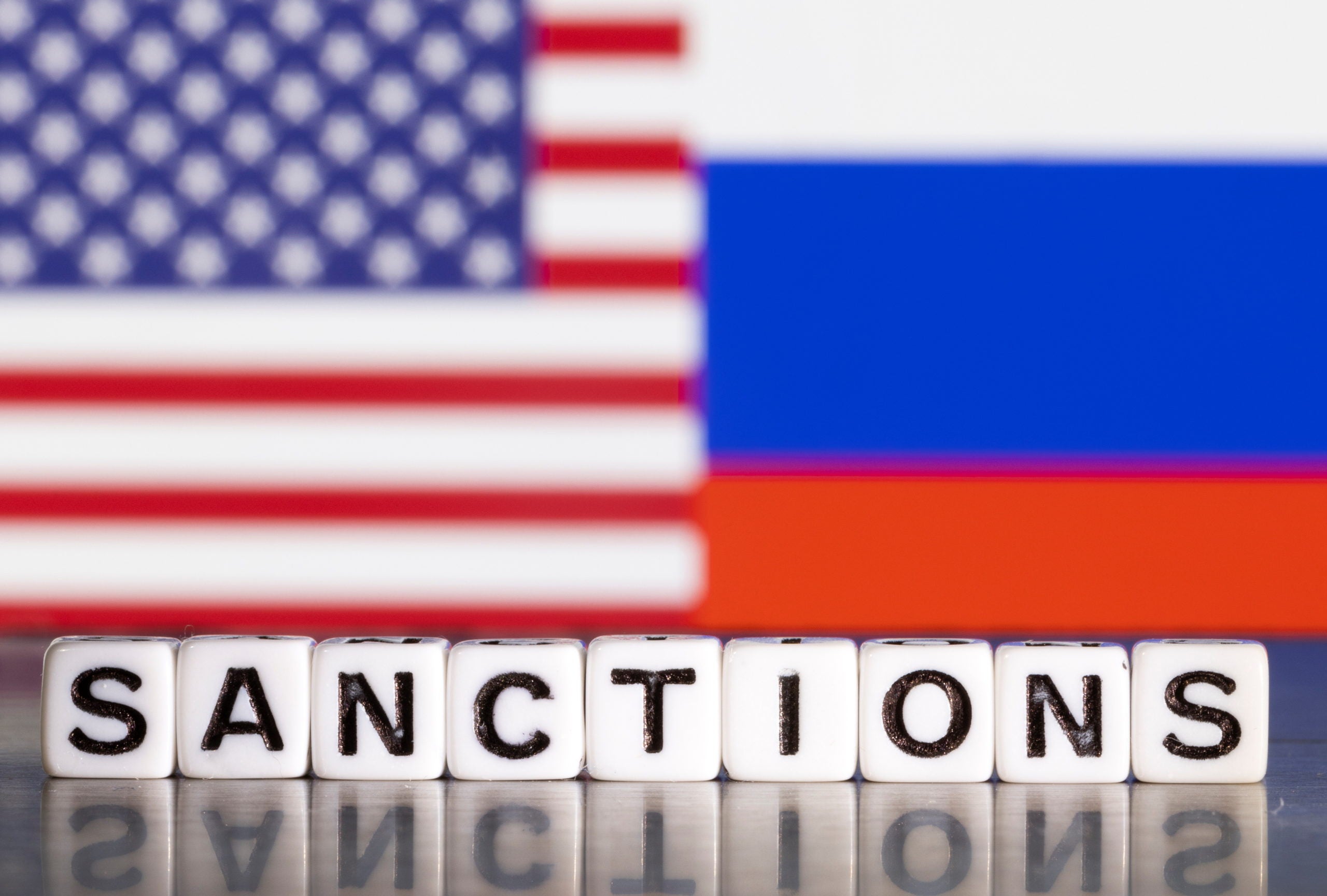 Plastic letters arranged to read “Sanctions” are placed in front the flag colors of U.S. and Russia in this illustration taken February 28, 2022. REUTERS/Dado Ruvic/Illustration

WASHINGTON — Punishing sanctions imposed by the United States and its allies on Moscow for invading Ukraine are pushing Russia into recession and starting to turn it back into a closed economy, a senior U.S. Treasury official said on Friday.

The official, speaking on condition of anonymity, told reporters that the Treasury sees Russia as struggling with steep inflation, diminished exports, and shortages despite a recovery of its rouble against the dollar. The official dismissed the rebound as driven by stringent capital controls and foreign exchange curbs, not market forces.

Inflation that has run as high as 6% over the past three weeks is a better indication of the sanctions’ performance inside Russia, revealing the rouble’s diminished purchasing power, the official said, adding that black market rouble exchange rates were well below the international rate.

After Western democracies imposed initial sanctions immobilizing around half of the Russian central bank’s $630 billion in foreign exchange assets and cutting several key Russian banks off from the SWIFT international transaction network, the rouble lost half its value against the dollar.

It has since recouped its pre-invasion value, touching a five-week high in early Moscow trade on Friday before settling in the 83-84 range to the dollar.

But the Treasury official said that will not stop a steep contraction in Russia’s economic output that outside analysts now forecast at about 10% this year — far worse than the 2.7% contraction it suffered during 2020, the first year of the COVID-19 pandemic.

The Treasury official said the cumulative effect of sanctions on banks, wealthy oligarchs tied to Russian President Vladimir Putin, key industrial sectors, and U.S. export controls that deny Russia access to critical technologies, was to push Russia towards its Cold War existence as a closed economy.

But Russia, a producer of mainly commodities and raw materials, was ill-equipped to produce its own consumer and technology goods, the official said.

“As a closed economy, Russia will only be able to consume what they produce, which will be a stark adjustment,” the official added.

The process will not happen immediately. China, India, and other countries are still trading with Russia, and could replace some goods and parts that Russia would normally buy from Western firms.

However, its access to semiconductors, software, and other technologies is limited due to the U.S. export restrictions that also will prevent China from selling Moscow any such chips since all its semiconductors are made with U.S. technology or software.

The United States intended for the sanctions and export curbs to be debilitating to the Russian economy and cripple the Russian military’s ability to procure parts and equipment for the war effort, the official said

Washington was comfortable with the enforcement of the sanctions and export controls thus far, but remained on the lookout for any violations.

The Treasury comments come as senior Biden administration officials traveled the globe to press world leaders to keep up sanctions pressure on Russia.

Washington planned to maintain humanitarian exemptions from the sanctions, given growing food insecurity problems and Russia’s role as a major wheat producer, the Treasury official said.

Other exemptions were intended to protect Western financial institutions that hold Russian assets, through a license to allow Russian debt payments to be made.