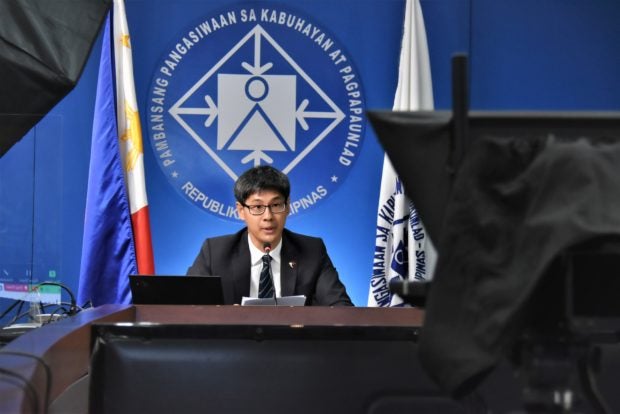 Citing a report of the state planning agency National Economic and Development Authority (Neda), Socioeconomic Planning Secretary and Neda chief Karl Kendrick Chua told the Inquirer on Thursday (March 31) that to date, visits to transit stations in the country already surpassed pre-pandemic levels by about 20 percent.

The same Neda report on mobility amid further economic reopening under the lowest alert level 1 pandemic restrictions showed that visits to workplaces were also 15-percent higher than before the pandemic happened.

“I think [first-quarter] growth will be respectable given the data we are seeing,” Chua said on Friday (April 1). To recall, GDP during the first quarter of last year shrank 3.9 percent year-on-year amid the prolonged fight against COVID-19, extending the pandemic-induced recession to five straight quarters.

The government will report on first-quarter GDP performance on May 12. For 2022, the government targets 7 to 9 percent GDP growth with economic reopening in full swing.

Chua said the additional mobility possibly came from “some temporary pent-up energy” especially among consumers who were “excited to be out with their family and kids.” It also helped that the Philippine population continued to increase and contributed to higher mobility figures, he added.

“It’s important to see the growth potential due to much mobility,” Chua said, adding that much more economic activities would be generated once all face-to-face classes resume. Neda’s earlier estimates had shown an additional P12 billion in output weekly if all schools restart in-person learning.

The PMI serves as a proxy of overall manufacturing performance — covering input costs, domestic and export orders, actual production, deliveries, and output prices — with an above 50 headline index reflecting growth.

In a separate report, chief emerging Asia economist Miguel Chanco of UK-based think tank Pantheon Macroeconomics said the Philippines’ PMI last month “was the star of the show among emerging markets” in the region.

“In both [output and orders], expansions were solid overall and above their respective long-run series averages. Indeed, the demand for Filipino goods rose at the joint fastest pace since July 2019, matching that seen in February,” S&P Global said.

“As a result, firms again increased their factory gate charges to protect their margins, while some companies cut their workforce numbers,” S&P Global said.

“While the country recovers from the pandemic, with alert levels downgraded and restrictions eased, international concerns and supply-side performance constrained the momentum of growth,” Baluch said.

“As a result, firms continued to accumulate inputs and build inventories to buffer against future supply-chain disruptions and price increases. That said, solid upturn in demand and output led to manufacturing expectations remaining strongly optimistic. Firms sustained hopes that COVID-19 will pose a lesser threat to the economy and demand will continue to pick-up,” said Baluch.