When restaurant customers ask to be ‘surprised’ 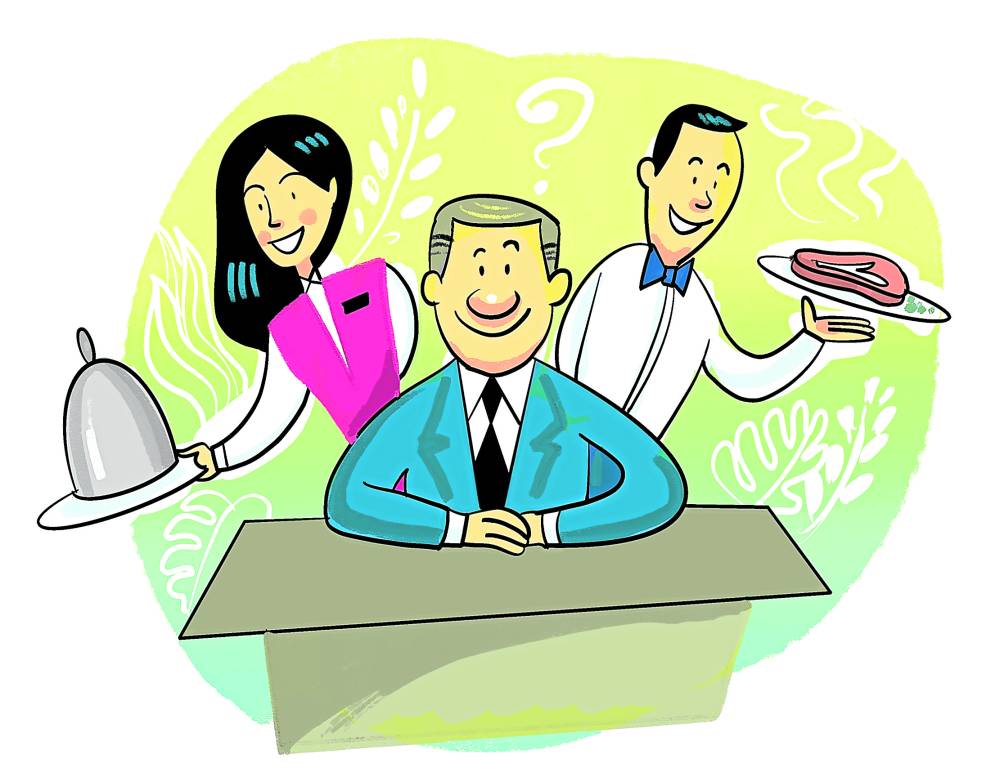 There was a time that I conducted a series of experiments on restaurants. There may be a few restaurants that are aware of psychological techniques in designing menus to influence customers to order more, order the higher-priced item, or order the one that gives better margins.

This thinking, I assumed, would have been explained to the wait staff with corresponding training on how to respond or how to do suggestion selling. I wondered how they would react then if I simply ignored their menu and the possible influences on what to order, such as elaborate descriptions, psychological messaging and price anchoring, among others. I also disregarded any of their priming efforts such as lighting, use of scents or music. I relied solely on the capability of their order-takers when dealing with customers such as myself to … surprise me with any dish in their menu that they feel I would be happy or satisfied with.

Of course, I had to assure them that I would absolve them of any responsibility in case I didn’t like the food. This was liberating for me as well as I did not want to spend too much time deciding on what to eat and therefore just enjoyed the conversations with my companions the whole time.

The practice did not come without any risk because more than half of the time, the “surprise me” directive usually stunned order-takers—perhaps because it was not part of their training scripts, or maybe because they had no confidence in their own ability to make recommendations. In fact, a few made us wait because they thought I was joking. During these visits, I would often be with one or more people, usually a friend, or an existing client whom I was comfortable with to explain the instant “collaboration” with order-takers. Together, we relinquished control in favor of surprise, adding a new experience dimension—expecting the unexpected and maybe, even the unusual—without consequences for the restaurant.

Let me share selected experience on how several order-takers in different restaurants accomplished the “surprise me” challenge.

Restaurant No. 1 was an upscale Japanese restaurant in Ortigas. The order-taker was an intern, judging from her name tag. She was very articulate and confident, and asked me if I had a budget in mind. When I said “none,” she served my friend Kerwin and I soup, then salad, then first main course, then second main course, followed by dessert and coffee. We were delighted. I then asked her about the basis of her choice. She shared it was the best that the restaurant had to offer. We were happy, especially our tummies.

Restaurant No. 2 was a Filipino restaurant in the Scout area of Quezon City. The order-taker was quite jolly. He served my client Jackie and I many comfort foods for lunch that could last up to dinner. When asked about how he had chosen, he shared that these were his favorites. He had so many.

Restaurant No. 3 was an Australian franchised restaurant near Eastwood area, part of a group of known restaurants. I treated some six or seven distributors of Waters Philippines then. When asked about the basis of her choice, the order-taker shared that the menu sequence was based on different taste types—salty, then sweet, then savory, then spicy, etc. We were extremely delighted to have a taste festival!

Restaurant No. 4 was a cafe in Eastwood. They used to offer an innovative “pay what you want” pricing scheme. So I gave them a P1,000-bill and told them to serve me whatever they wanted and give me change of whatever amount they wanted. This got them confused. While my brewed coffee arrived promptly, the change took a good 20 minutes as the cashier decided to consult with her colleagues. She came back with P800 for my change. When asked why she charged that amount, she told me it was the highest price that people paid for a cup of brewed coffee. She followed the norm!

If you are the restaurant owner or a recruiter, who among the four would be your top hiring preference? Who would be next? Who would be last?

For me, I would choose server No. 3 as my first choice. She wanted us to experience different food flavors and gave us the opportunity to taste several of their dishes—a more customer-focused approach.

Server No. 1 would be my close second choice. She had the presence of mind to ask me for a price range or a budget and shared their best dishes with me. Having two main courses not only increased the total bill but also allowed us to sample another type of food.

Server No. 2 would be the last I would hire. He shared all his favorites, but over-ordered without anything special that surprised us.

As for the cafe, while they were very fair, they could have considered not giving any change for the P1,000, with a written note: “Thank you for helping us give free coffee for the needy.” They could have started a “suspended coffee” advocacy, creating a movement where customers pay extra cups of coffee for strangers who are unable to pay. Who knows, it might have even led to other restaurants launching “suspended meal?”

But they were all much better than those who had left us hungry and kept us waiting without placing any food order for us, forgetting that their role was to pay attention to their guests and be aware of their needs so their guests could leave satisfied to return again and again. Or if unsure, they could always ask.

Please share with me your version of Josiah’s Experiments and I would be glad to learn from you. —CONTRIBUTED INQP.S. I took my mom to lunch in Podium and paid without asking for her senior citizen discount. The manager was very thankful. If you can afford it and can help in the postpandemic recovery effort of restaurants, may I recommend you do not use your senior citizen privilege temporarily in the next six months? Kindly consider. Thank you.

Josiah Go is chair and chief innovation strategist of Mansmith and Fielders Inc. The 2nd Mansmith Innovation Summit and Awards will be held on April 26-27, 2022. It is free but preregistration is required via www.mansmithinnovation.com. Bring your entire team!