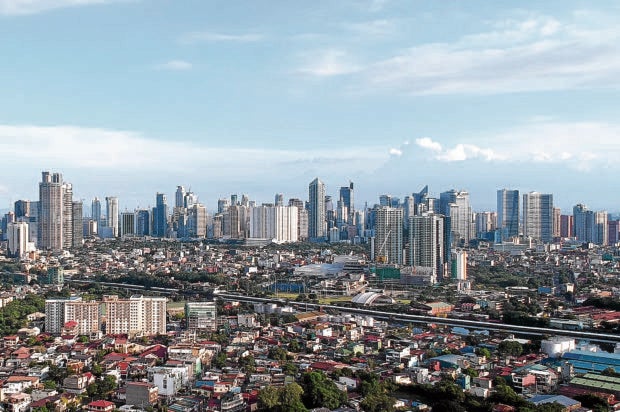 MANILA, Philippines — With President Rodrigo Duterte as its chief executive, the Philippines remained among the countries where crony capitalism — where a few favored businessmen close to the government enjoy more economic advantages than others — has been flourishing.

The Economist’s latest crony-capitalism index showed that the wealth of billionaires in the Philippines surpassed 10 percent of gross domestic product (GDP) in 2021. As a share to GDP last year, nearly a tenth were wealth generated in sectors regarded as crony-friendly.

The Economist defined crony sectors as “a host of industries that are vulnerable to rent-seeking because of their proximity to the state, such as banking, casinos, defense, extractive industries and construction.”

In the Philippines, “crony sectors still account for four-fifths of total billionaire wealth,” The Economist said in an article this month.

The Philippines ranked fourth in the world in crony capitalism, just behind No. 1 Russia, and neighboring Malaysia and Singapore.

In The Economist’s previous ranking in 2016, the Philippines was in third place behind Russia and Malaysia.

Back in 2016, The Economist already warned that “supporters of Rodrigo Duterte, the front-runner to win the presidential election [that year], hope he will open up a feudal political system that has allowed cronyism to flourish.”

In The Economist’s maiden crony-capitalism index in 2014, the Philippines was in fifth position, behind Malaysia, Russia, Ukraine and Singapore.

In the latest 2021 index covering 22 countries, also part of the top 10 were Ukraine, Mexico, India, Indonesia, Thailand and China.

“Globally, crony wealth has declined as a share of the total, reflecting in part the surge in tech-related wealth. Nonetheless it remains entrenched in many places,” The Economist said.

The Economist had been using data from the International Monetary Fund (IMF) as well as Forbes magazine’s yearly billionaires’ list as measures of crony wealth.

“Rent-seeking entrepreneurs tend to use their relationships with the state to maximize profits. Technically speaking, an economic rent is the surplus remaining once capital and labor have been paid a market price. With perfect competition that surplus would not exist,” The Economist noted.

“But rents can be artificially elevated if firms win contracts at beneficial prices, form cartels to stitch up consumers or lobby governments for favorable rules. Most rent-seeking businesses are operating perfectly legally,” The Economist added.

In general, wealth acquired from crony sectors flourished more in autocratic than in democratic countries.