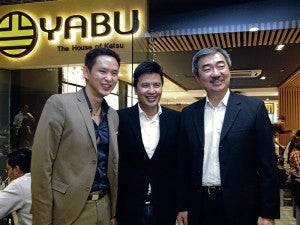 Aside from overseeing the daily operation of a multimillion-peso enterprise that churns out the country’s leading Selecta brand of ice cream and frozen confections, Concepcion is also heavily involved in Gawad Kalinga, particularly in the livelihood aspect of its mandate to build strong communities among the less privileged.

Concepcion, however, manages to find some breaks in his demanding routine that were just enough to allow him and his Japanese partners to put up the first branch of Yabu, a restaurant in Megamall specializing in Japanese katsu that opened its doors to the public on what the group believes to be the auspicious date of Nov. 11, 2011.

The Business Administration graduate of Seattle University in the United States tells SundayBiz that he has always had a passion for Japanese food, characterized by its subtle flavors, artistic presentation and use of fresh and high quality ingredients. He was hard pressed, however, to find good enough katsu in the Philippines. 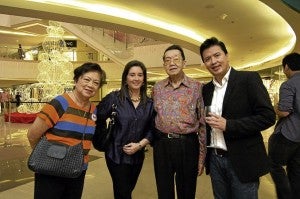 So since katsu, which is so much more than just breaded porkchop as it is more known in the Philippines, is unavailable in the Philippines, Concepcion thought that he should have a hand in bringing everything katsu to the country with the help of his Japanese partners.

“I love Japanese food, and so does half of this country. But when Filipinos think of Japanese food, the very first things that come to mind are sushi and tempura, and these are served practically everywhere. But you won’t be able to find authentic Japanese katsu anywhere, and it made me wonder—does one literally have to fly to Japan to enjoy this dish?” says Concepcion.

Concepcion and his partners— renowned Katsu Chef Kazuya Takeda (Head Chef of Tokyo-based Tonkatsu Takeshin) and expert restaurateur Teiji Nakamura—believe that with Yabu, Filipinos don’t have to head for Japan to have their katsu fix. 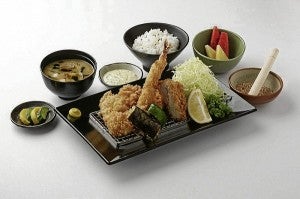 What exactly is katsu? Basically it is deep fried meat, be it pork, beef, chicken or seafood, mixed in batter, but Yabu adds a special touch by offering to the Filipino eaters a taste of katsu done in an authentic Japanese way using only the best possible ingredients.

Concepcion and his partners believe that once Filipinos get a taste of what real katsu is, their stomachs will no longer be satisfied with the katsu dishes served in other restaurants.

“Authenticity is the name of our game. Japanese cuisine is very much tied with their culture of strict discipline, with every dish prepared with such attention to detail, leaving nothing to chance. That’s what we offer here—it’s almost as if you’re in Tokyo or Osaka, except that the people in the surrounding tables are speaking Tagalog,” Concepcion says.

The center of attention at Yabu is the signature pork katsu using Kurobata pork, known as the “kobe beef” of the pork world. Pink and heavily marbled, the meat makes for a succulent cutlet that melts in the mouth. 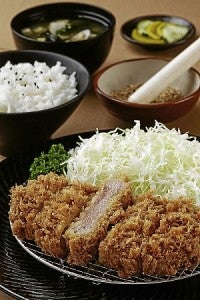 Aside from the premium Kurobata Pork Set, Yabu likewise offers regular tonkatsu sets that use Rosu (pork loin) or Hire (pork tenderloin) cuts as well as other katsu dishes using chicken and seafood. The Yabu sets come with miso soup, Japanese rice, unlimited cabbage with sesame dressing, and a bowl of fruit for dessert.

“We are selling not just food, but the experience. Real Japanese katsu is not eaten, it is experienced—a treat not only for a hungry stomach, but for all other senses as well,” the 49-year-old executive adds.

Concepcion shares that he and his partners first met on bringing the katsu concept to the Philippines in March this year. It took nine months and frequent travels between Japan and the Philippines before the restaurant opened its doors in November.

All the preparations were done at a frenzied pace. They did not only have to fix the supply chain to make sure that they will get the right kind of meat and other ingredients to provide real katsu, they also had to supervise the training of the backroom staff and the chefs had to learn how to cook the katsu just right, under the tutelage of Katsu Chef Kazuya. The group likewise had to find just the right location for their debut on the restaurant scene.

Concepcion did not have to handle all of the tiny details involved in getting a restaurant off the ground, but the entire process still required considerable time and attention, which he was only too glad to dedicate to his Japanese “baby” without having to sacrifice his other duties.

“Selecta is a lot of work. But that’s not a deterrent for me to delve into fresh new endeavors. Selecta started with a brilliant idea and look where it is now. Building businesses in the Philippines stimulates the economy and provides jobs. So if my partners and I can do our share by cultivating this concept, then time is something you just have to make for it,” Concepcion explains.