More debt: PH raises $2.25B in offshore bond issue, including $1B in ‘green bonds’ | Inquirer Business

More debt: PH raises $2.25B in offshore bond issue, including $1B in ‘green bonds’ 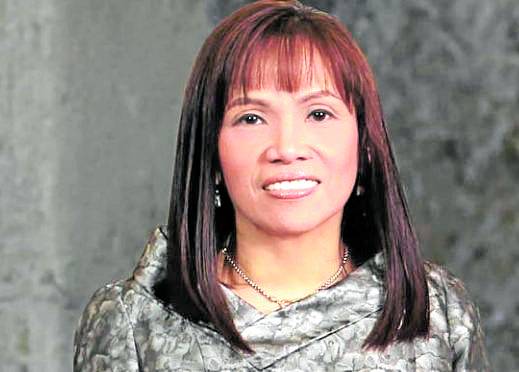 MANILA, Philippines—Despite a volatile global credit market, the Philippines has raised a total of $2.25 billion from its first offshore commercial borrowing in 2022, including $1 billion via the first-ever issuance of “green” bonds.

National Treasurer Rosalia de Leon on Tuesday (March 22) said that on top of the Philippines’ maiden ESG or environmental, social, and (corporate) governance bonds offering with a tenor of 25 years, it also accepted $500 million in new five-year and $750 million in 10.5-year US dollar-denominated global bonds.

“The Philippines braved the rough debt market seas with gut and got glory,” she told reporters.

The Philippines’ first offshore bond offering in 2020 and 2021 were euro bonds, but it changed this year after Vladimir Putin launched his campaign to destroy Ukraine last month.

“We scanned the market landscape and [debt denominated in US] dollar was still the least costly. Also, the ongoing Ukraine-Russia conflict added more volatility to the euro. And we made the right decision,” De Leon said.

This was also the Philippines’ first US dollar bond offering in three tranches or tenors.

The government will borrow P2.2 trillion this year, of which one-fourth will be from external creditors through global bond issuances and official development assistance (ODA) loans. De Leon said the government had programmed $7 billion in foreign commercial borrowings for 2022.

Finance Secretary Carlos Dominguez III last week said that the Duterte administration will also return to the yen-denominated samurai debt market before Duterte steps down from office in mid-2022.

In a statement, the Bureau of the Treasury (BTr) said the five-year global bonds were priced at US Treasury spreads of T+90 basis points (bps) with a coupon of 3.229 percent. The 10.5-year fetched T+125 bps and a 3.556-percent coupon. The green bonds, meanwhile, were priced at 4.2 percent or tighter than the initial 4.7-percent price guidance.

These dollar securities will be settled on March 29. Proceeds from these bonds will be injected into the national budget. The “green” bonds will also finance the Philippines’ climate resiliency projects as developed countries have yet to fulfill their financing commitments to support poorer nations during their clean energy transition under the Paris Agreement.

“The fact that our debut sustainability bond tranche secured the strongest demand among the three tranches highlights the strong investor confidence in the national government’s commitment to achieving sustainable development and mitigating climate change, notably the pledge to reduce our greenhouse gas emissions by 75 percent by 2030,” Dominguez said.

“This debut sustainability bond float not only attracts the private sector-based investment needed to finance the climate change mitigation and adaptation projects in the Philippines, but also allows the government to attract funds from ESG-conscious investors and boost the development of the sustainable financing market in the Philippines,” Dominguez added.

“The strong investor reception across all tranches underscores the [Philippines’] unfettered access to the international capital markets. Being the first and largest offshore Southeast Asia sovereign offering in 2022, the transaction has reopened the Asian bond markets for long-dated offerings and cements [the Philippines’] position as the leading capital market participant in Asia,” De Leon said.

“The successful transaction is a testament to the [Philippines’] strong economic fundamentals and the confidence of the investor community in the country’s long-term growth trajectory,” said Finance Undersecretary Mark Dennis Joven, of the DOF’s internal finance group.

“Despite volatility in the global markets, we have received overwhelming interest across all tranches, and especially on our first sovereign ESG bond issuance,” Joven said.

“The upsized issuance backed by a significantly oversized order book provides an overwhelming affirmation to the [Duterte] administration’s continued prudent fiscal and economic management amid the pandemic,” he added.

Also on Tuesday, the BTr raised P15.7 billion from reissued seven-year treasury bonds, a partial award of its P35-billion offering, at an annual average rate of 5.601 percent.

“The market remains defensive with [US Federal Reserve chair Jerome] Powell turning aggressive as he indicated 50 bps of rate hikes in the next FOMC [Federal Open Market Committee] meetings are on the table,” De Leon said.

To date, the BTr borrowed a total of P240.6 billion through this bond series maturing in August 2028.