Driven by a force to elevate the ways of living of their patrons, Lamudi and RLC Residences inked a partnership agreement once again. The contract signing held physically marks the second year of partnership between the two firms.

2022 marks a rise in the property market as the industry sees a more positive outlook in the return of normalcy. 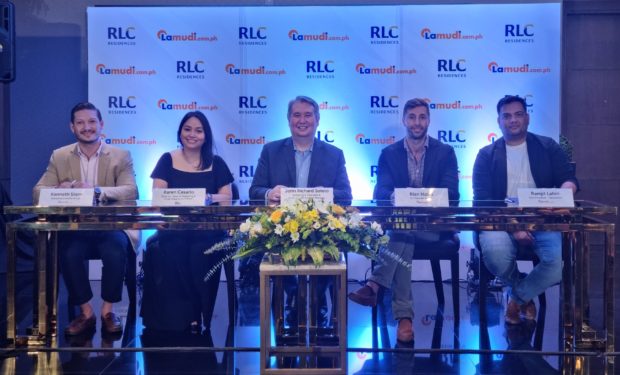 According to Sotelo, Woodsville Crest and Amisa Private Residences are just some of the RLC projects that will be highlighted under the Lamudi-RLC partnership.

Growing from the Global Crisis

While thanking RLC Residences for their trust, Moini underscored the signs of recovery and normalcy that have been more evident in the past weeks.

He said, “We’re really happy to finally be sitting together again in person. It’s a reflection of what’s happening in the world and in the Philippines […] We hear from developers that numbers are picking up very aggressively. People are going to viewings. People are transacting. We want to be at the forefront of bringing the industry together. We’ll be launching in-person events again that we can celebrate with RLC, with the industry.”

Expressing the same delight as Moini, Cesario thanked Lamudi for all its efforts to make RLC Residences’ brand and its launch more visible to the property market. More than a new beginning, the contract signing is a renewal of commitment, [a testament] to how much Lamudi and RLC Residences want to move forward together with all the innovations in tow, she said.

She noted the beginnings of the partnership last year, saying, “It’s critical for us to do something disruptive. We are so thankful that [Lamudi] rose to the challenge and gave us more than what we could actually ask for. It’s not just the initiative. It’s actually the relationship.”

Lamudi CEO Kenneth Stern noted that the demand for condominium projects has increased by 20 percent since the government eased restrictions in February. He added that one of RLC’s condo developments is capturing the market’s attention, as it’s in a promising real estate hotspot.

“The Magnolia Residences in Quezon City is doing very well because QC has historically been our most viewed and most transacted area. It continues to be that way even through Q1 this year,” he said.

Stern forecasted that the strong property appetite can contribute to economic recovery, saying, “Overall, the pent-up demand has been somewhat released, but I do think that over the next quarter and even the second half of the year, we’ll see pent-up demand further drive the economy with a stable industry like real estate.”

According to Stephanie Anne Go, RLC Residences Business Development and Design Head, the company will continue venturing outside Metro Manila post-pandemic, following the growing preference of the market for open spaces.

For property seekers interested to know more about the residential projects under the Lamudi-RLC partnership, visit this page.