Aboitiz Group hikes CAPEX to P69B for 2022; infra arm to get biggest chunk 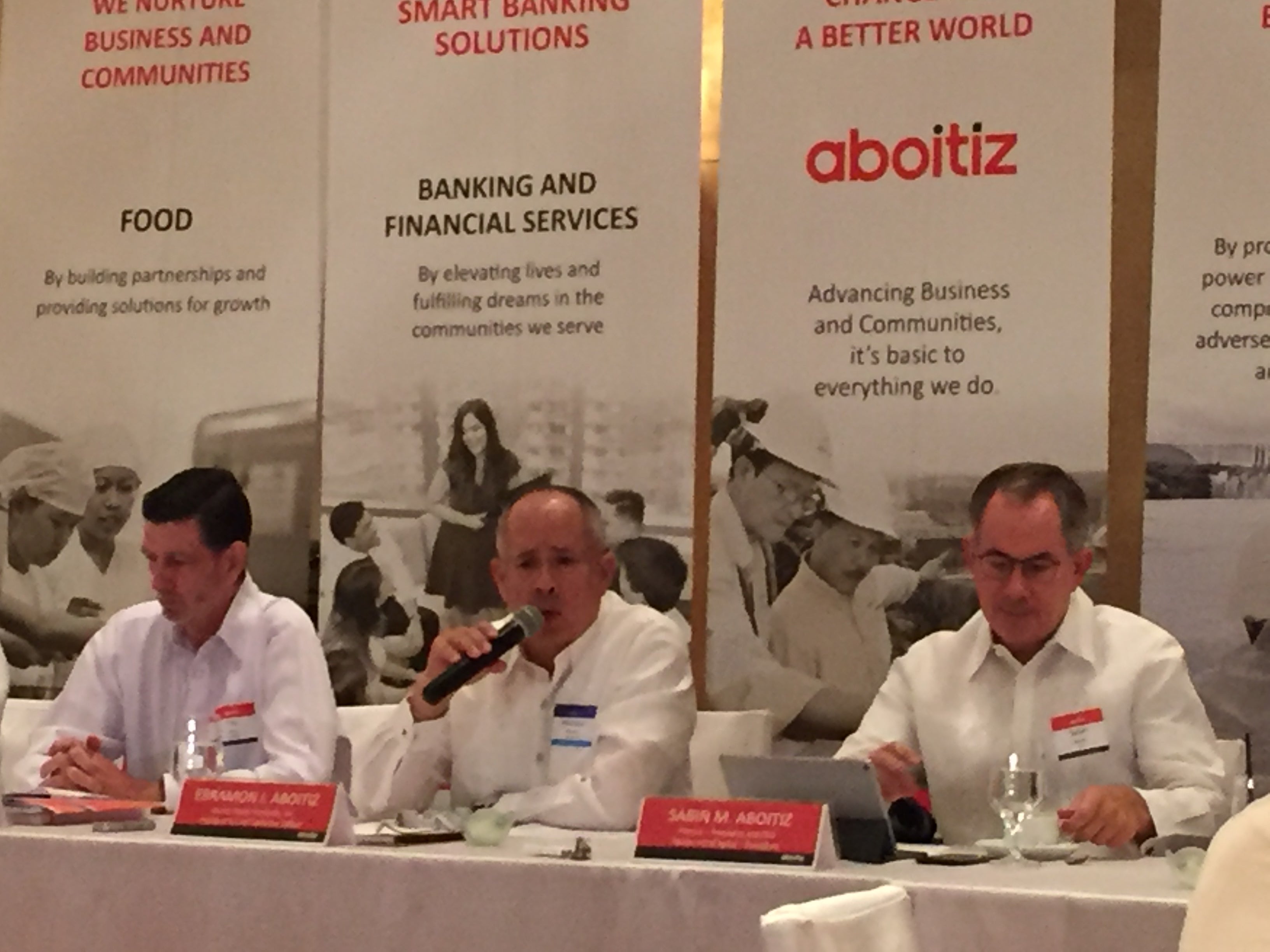 Aboitiz Equity’s Erramon Aboitiz and Sabin Aboitiz in this file photo taken on May 15, 2017, during the company’s stockholders meeting. FILE PHOTO

MANILA, Philippines — The Aboitiz Group is ramping up its capital spending to around P69 billion in 2022, with its infrastructure business units getting the biggest share of its budget this year.

In a statement Friday, Aboitiz said its allotted P69-billion capital expenditure (CAPEX) this year is 152 percent higher than the P27 billion that was utilized in 2021.

The substantial budget increase will be used to fund the group’s growth plans for 2022 and “beyond as it approaches the coming years with balanced optimism.”

“Over the next 10 years, we will be more committed than ever to investing in accelerated growth and diversification. We will advance business and communities in the 9 Asia Pacific countries where we operate by providing products and services that are not just life-essential but life-changing,” said Aboitiz Group President and Chief Executive Officer Sabin Aboitiz.

The conglomerate will be allotting P29 billion to its infrastructure business units, which is a 337-percent increase from last year’s actual spending.

Allocation for land acquisition and new site development for Aboitiz InfraCapital’s (AIC) Economic Estates amounts to P7 billion. Meanwhile, the expansion of AIC’s-telco tower business will get a P5-billion budget and another P5 billion is allocated for AIC’s other digital infrastructure projects.

Further, the Aboitiz Group said P3 billion has been earmarked for the completion of AIC’s bulk water project in Davao City this year.

Once operational, the said water project is expected to supply over 300 million liters of safe and sustainable water to Davao residents daily.

According to Aboitiz, the rest of the budget will be for AIC’s other projects and Republic Cement’s major maintenance and safety-related capital expenditures.

“AboitizPower, together with its partners, is appropriating a P28 billion budget for the development and construction of various solar power, hydropower, and battery energy storage systems, and the continuous improvement of the reliability of baseload plants,” the Aboitiz Group said.

Doubling down on its digital transformation, Aboitiz’s banking business, UnionBank, has allocated over P3 billion to “sustain its investments in enhancing the features of its digital channels and platforms, transforming its branches and building capacity for the parent bank and its subsidiaries.”

“UnionBank highlights its banner projects for 2022, namely the Acquisition and Integration of the Citi Consumer Business and launch of its digital banking arm UnionDigital. The Bank is also on track to open its Innovation Campus in San Pedro, Laguna, and continue its cloud transformation initiative to further improve the agility of its business operations,” it added.

Aboitiz’ food business, Pilmico and Gold Coin Group, has allocated P6 billion for its various projects including the expansion of feed mills in China and Vietnam. They are expected to increase the capacities of the agribusiness division across these areas.

Meanwhile, a third breeder farm in the Philippines is set for completion this year. The group said this puts its farm business “on track to achieve its goal of boosting local production of pork to help alleviate the impact of pork scarcity in the market.”

For the conglomerate’s real estate arm, AboitizLand, Inc., P2 billion has been allocated for the launch of new phases of its projects, namely the Foressa Mountain Town in Cebu and The Villages in Lipa, Batangas.

“A testament to strong market demand for its residential communities, Foressa Mountain Town’s launch this first quarter opens fresh inventory with a total land area of 19 hectares with 117 estate lots available with up to 2,040 sqm cuts, while The Villages at Lipa is slated to launch a new phase offering premier residential lots with bigger cuts in the 3rd quarter of this year,” the group said.