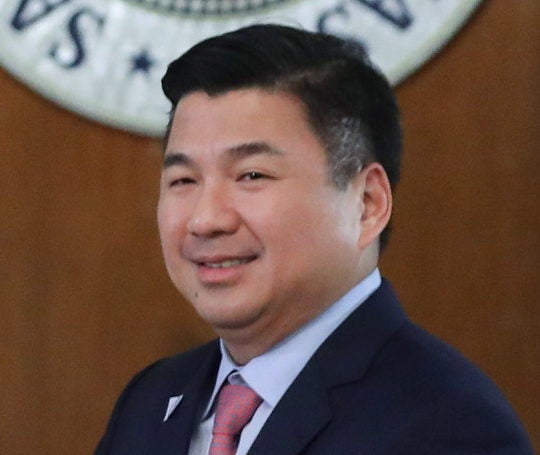 MANILA, Philippines—The Cebu-based shipping firm owned by Davao businessman Dennis A. Uy has been granted tax-free and other perks by the Fiscal Incentives Review Board (FIRB).

This new shipping operation will offer “reduced travel time and still comparable rate, setting itself apart in the market as a convenient, cost-friendly, and competitive inter-island vessel in the country,” said the FIRB chaired by Dominguez.

Dominguez said TASLI’s approved registration “aligns with the national government’s aim to modernize transportation and to increase competition in the shipping industry in the Philippines.”

FIRB co-chair and Trade Secretary Ramon Lopez said TASLI’s newest venture “will continue generating revenues for the government even after the incentive period, which is a substantial economic benefit the FIRB considers in granting tax-incentive applications.”

“There are limited shipping lines serving the Cebu-Cagayan de Oro-Cebu route; thus, the entry of a new player will contribute to enhancing the competitiveness of the region’s water transport with focus on passenger safety, welfare, and comfort,” Lopez added.

“The potential benefits from the project are estimated to outweigh the cost of granting incentives, which are primarily driven by additional revenues from the activity and substantial domestic spending on direct materials,” said Ceferino Rodolfo, trade undersecretary and Board of Investments (BOI) managing head.

“With increased access to sea transportation, the project is expected to stimulate a higher flow of goods and services between the cities of Cebu and Cagayan de Oro,” Ceferino said.

“Apart from an increase in productivity and efficiency of the transport of goods and services, the new shipping vessel also seeks to stimulate industry linkages and agricultural trade between Central Visayas and Northern Mindanao,” the FIRB said.

The FIRB statement did not say when the new vessel will start operations, and how many jobs will be generated by this TASLI venture.

In a separate statement, the FIRB said it supports the BOI’s proposed strategic investment priority plan (SIPP) to be pitched for President Rodrigo Duterte’s approval.

The new SIPP, in tandem with the Corporate Recovery and Tax Incentives for Enterprises (CREATE) Act, would line up investment opportunities and their accompanying investor perks.

“The issuance of the SIPP will support the government’s COVID-19 recovery strategy as it will allow investors to qualify for longer tax incentives for more sophisticated activities. This will allow us to attract even better quality investments,” Dominguez said.

“Once the President signs the SIPP, this will put an end to the policy uncertainties among foreign investors who have been waiting for the SIPP’s release following last year’s enactment of the CREATE law,” the finance chief added.

Salceda, who shepherded CREATE’s passage in the House of Representatives, had noted that the Philippines continued to lag behind most of its Asean neighbors in attracting foreign direct investments, which create jobs.

CREATE was designed to serve not only as a relief to pandemic-battered firms through lower corporate tax rates but also a lure to potential elephant-sized foreign investors via its hefty incentive packages.

It did not help that CREATE—Duterte’s second tax package pitched by the Department of Finance (DOF) as early as 2016 when the administration assumed office—took five years to hurdle Congress, putting investors on a prolonged wait-and-see.

The CREATE law also rationalized the previously wide array of fiscal incentives being offered by investment promotion agencies (IPAs), which had resulted in billions of pesos in foregone revenues for the government.