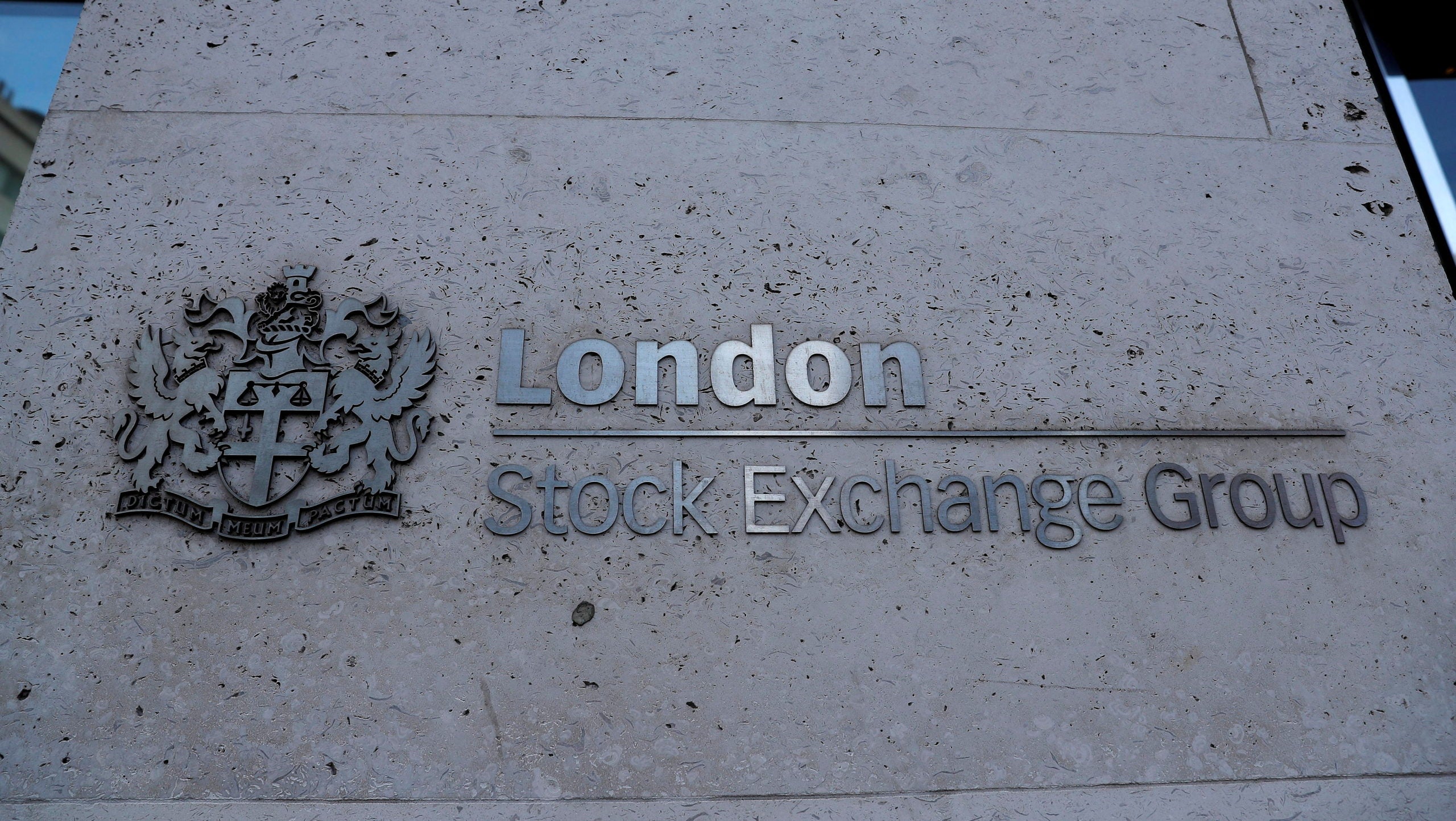 FILE PHOTO: Signage is seen outside the entrance of the London Stock Exchange in London, Britain. Aug 23, 2018. REUTERS/Peter Nicholls

LONDON — Tentative hopes of progress in peace talks between Ukraine and Russia lifted European shares and Wall Street equity futures on Monday, though upcoming central bank meetings and another COVID-linked lockdown in China eroded some of the early gains.

Russian missiles hit a large Ukrainian base near the border with Poland on Sunday, but both sides gave their most upbeat assessment yet of prospects for talks, with a Russian delegate quoted as saying there could soon be draft agreements

“If fighting stops that will be a step in the right direction as it will take more negative potential implications off the table,” said Mizuho senior economist Colin Asher.

But the backdrop, with geopolitical problems and central banks on the rate-rise path, meant that “for stock markets, the downside is the path of least resistance, at least in the near term”, Asher added.

Some of the early positive sentiment ebbed, with a pan-European equity index and German shares ceding some earlier gains to stand 0.7% and 1.7% higher respectively by 1200 GMT.

S&P 500 futures which had earlier gained almost 1% were up around 0.3%, while Nasdaq futures slipped into the red

Brent crude futures fell $4 a barrel and European gas prices were at 120 euros per megawatt-hour, almost 100 euros below recent peaks

The rouble gained 12% in thin-volume offshore trade, to 118 to the dollar.

Earlier in Asia, the mood was more subdued after a jump in coronavirus cases prompted the southern Chinese city of Shenzhen to tighten curbs.

Tokyo’s Nikkei rose 0.6%, but Asia-Pacific shares outside Japan were dragged down by a hefty 3% fall in Chinese blue chips.

“The improvement in global supply chains has ended before it ever really began,” ING Bank economists Inga Fechner and Rico Luman told clients.

All that cements expectations the Federal Reserve will lift rates by 25 bps this week and signal more to come through “dot plot” forecasts of its policy-makers.

“The dots will likely be mainly clustered around four or five hikes for 2022, up from three previously, given the stronger pace of inflation since the January FOMC meeting,” said Kevin Cummins, chief U.S. economist at NatWest Markets.

The Bank of England too is expected to lift rates by 25 bps on Thursday, the third rise in a row.

With six or seven Fed hikes priced for this year, the U.S. dollar stayed near its highest since May 2020.

The euro rose half a percent to $1.096, boosted by the hopeful signs on the Ukraine front and the promise of ECB policy tightening. But it remains close to recent 22-month troughs of $1.0804.

The yen plumbed a new five-year low against the dollar, as rate hikes remain distant in Japan.

“Interest rates everywhere are going higher but Japan remains very much at the back of the queue. The Bank of Japan meeting this week will be one of the few central bank meetings where rate hikes are not discussed,” Asher said.

“So it’s not surprising dollar-yen is pushing higher.”