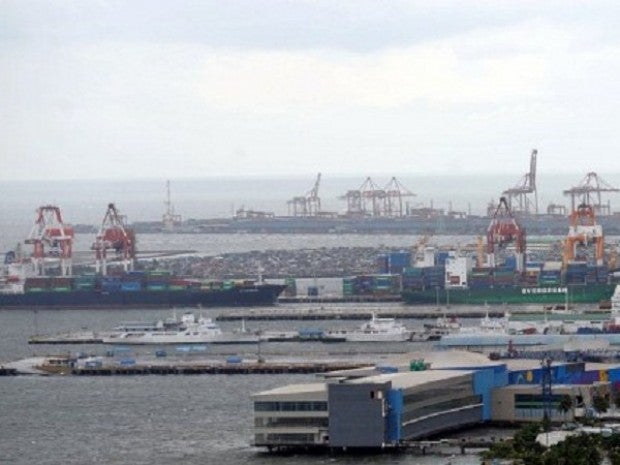 Shipments of Philippine-made goods overseas rose 8.9 percent year-on-year to over $6 billion, a turnaround from the 4.4-percent decline during the same month last year.

“The current pace of year-on-year export growth in the Philippines is just about right when stripping out Lunar New Year noise,” said Chanco.

“A fourth-straight monthly improvement is likely in February. The month-on-month weakness in January was concentrated mainly in non-electronic goods, as exports of electronics enjoyed a continuation of their momentum in the fourth quarter of 2021,” Chanco said.

“Encouragingly, shipments of semiconductors rose by a still-punchy 3.5 percent month-on-month, building on the 5-percent jump in December,” he added.

“Imports of consumer goods suffered a hefty correction, pouring some cold water over the relatively benign net sales report for January, which indicated only a small direct hit from the Omicron wave. Reassuringly, purchases of capital goods are holding up relatively well,” Chanco said.

As imports exceeded exports, the trade-in-goods balance remained at a deficit in January which—at $4.7 billion—was 63.2-percent bigger than the monthly gap in 2021 but smaller than the record $5.3-billion deficit last December.

While a narrower gap, the lingering trade deficit at the start of this year “likely kept the current account balance in deficit territory” as well, Mapa said. A current account deficit, reflecting more US dollars leaving the economy, weakens the Philippine peso. The domestic currency slipped to the 52:$1 level this week.

“In the coming months, we expect the trade gap to yawn further, especially with the oil import bill forecast to bloat due to expensive crude. The fuel import bill could swell from $1.4 billion to $2.1 billion due to pricier global crude, causing the overall trade deficit to deteriorate further,” Mapa said.

“A wider trade gap spells depreciation for the peso, which is down 2.4 percent for the year. More expensive energy and a weaker currency will likely feed through to faster inflation in the near term despite the central bank’s expectation that inflation will remain within-target for the year,” he said.

“We will need to revise our inflation projections and a breach in the inflation target cannot be ruled out at this point,” Mapa added.

The Bangko Sentral ng Pilipinas (BSP) had projected an average 2022 inflation rate of 3.7 percent, within the 2 to 4 percent target band of manageable price hikes conducive to economic growth. The BSP had nonetheless conceded that the second quarter could see monthly breaches in the headline rate due to expectations of high food and oil prices as a result of the Ukraine-Russia war.

In a March 10 report, the Washington-based Institute of International Finance (IIF) estimated that sharp increases in oil and wheat prices would aggravate the Philippines’ current account deficit.

Last year, the Philippines swung back to a current account deficit from the record surplus posted two years ago as economic recovery meant the country had to spend more dollars on imports of raw materials and finished consumer goods, unlike in 2020 when a consumption slump amid the worst annual recession post-war had accumulated foreign reserves.