Trophy for the win

What do you get when you fuse British motoring heritage with the technological and engineering might of China’s largest auto manufacturer? A brand that rewards the car enthusiast with a line-up of models imbued with substance and high performance. Now on their fourth year of changing the Filipinos’ impression of Chinese-made cars with that potent combination of qualities, MG, or Morris Garages is enjoying brisk success with the latest iteration of their original game-changer, the MG ZS Alpha Edition.

The MG ZS Alpha was introduced then when there weren’t as much viable options to the usual subcompact Crossover choices, and it made quite a positive impression in the market with an abundance of more than just the essential features, great execution, and a price tag that presented a value proposition that was hard to ignore. It was, no doubt about it, a hit. The MG ZS Alpha actually paved the way for other Chinese brands to be seen as serious contenders in the fast-growing Crossover category. And grow it did, so MG had to dial it up a few notches to gain a fresh advantage.

Good stuff from the inside out 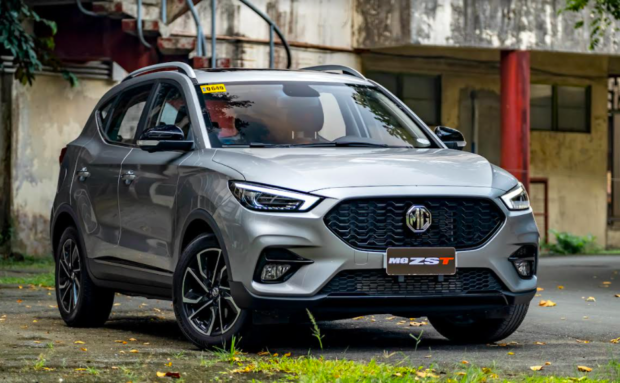 So as the strategy of equipping a vehicle with a lot of extras as standard features became the norm, MG’s ZS had to level up from being an Alpha to being a Trophy. Enter the MG ZS-T. While the T in its model name stands for Trophy, it also stands for its most significant upgrade- a Turbocharger on a new 1.3-Liter gasoline engine. The ZS’ former engine was also mated to a 4-speed A/T, now it sports a 6-speed Automatic Transmission to maximize the much-improved output of the new engine. The reduced displacement to 1.3L from 1.5L on the ZS-T only brought in perks and no tradeoffs due to the added Turbocharger, literally boosting power from 113hp and 150Nm to 163hp and 223Nm -quite a jump, not to mention a significant improvement in fuel efficiency. More importantly it provided for more agile, sportier dynamics but delivered in a smoother manner due to more gears in its tranny, which is also equipped with a Manual Mode for more control should one require it.

It’s obvious that once the most important upgrade was done, it was about building from it without losing momentum. I recall being impressed with the former ZS’ tastefully designed and well-featured interior, all black yet bold, deliberate without being overdone in terms of the accents, ergonomically positioned controls, and an infotainment system with an interface that pleasantly sufficed and sounded really good to boot. But, due to the competition that’s doubled-up these days, that just won’t cut it anymore. The ZS-T’s answer to that throws subtlety out the window. Bright Red rock star accents will definitely grab your attention by literally framing the well bolstered leather clad seats, the center console and armrests, down to the stitching and even the AC vents at the ends of the dashboard. Thankfully, they’re not tacky at all, and well, you can’t miss them as well. 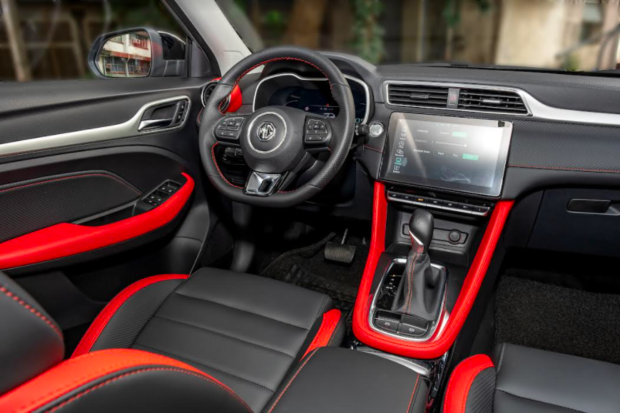 The touch screen display is now a 10-incher from an 8-inch, and is as expected Apple CarPlay and Android Auto compatible. And with MG’s roots tied to great British music, you can be sure the audio system sounds great- clear and well balanced, and definitely tweakable to your discerning ears. 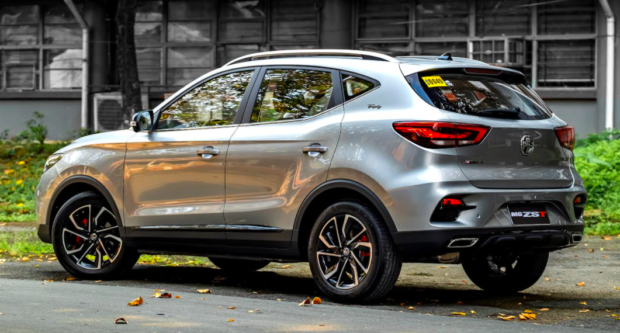 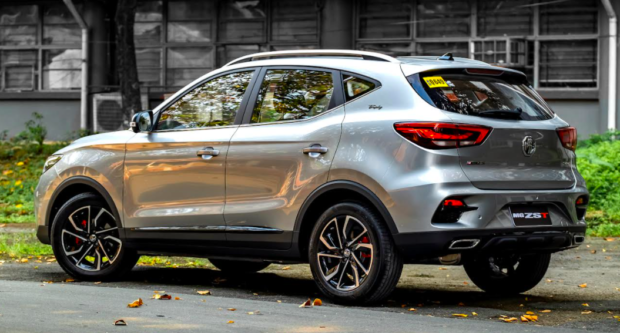 Venturing outwards from such a snazzy interior, it’ll have to be via its panoramic sunroof which by now is expected standard equipment on MG’s top tier variants. The MG ZS-T now has beefed up looks with a sportier stance, sleeker and curvier lines that more than hint at its athletic abilities. LED headlamps and Daytime Running Lights accentuate the hexagonal mesh grille that sports that handsome MG badge that I wish I had cufflinks of. The exterior package is finished off nicely with new edgy 17-inch Tomahawk alloy rims with Red brake calipers peeking out from its slats. This getup would work best IMHO, with their bolder colors like Obsidian Black, Flame Red and the playful St. Moritz Blue.

MG is out to regain its spot in this manic meleé of Crossovers, and it’s got it all worked out to a T. The ZS-T Trophy Edition that is. It’s certainly a ride that ticks all the boxes in terms of being a thoroughly enjoyable drive that slathers on the extras on top of the essentials, within a price point that’s more than just proper. So go ahead, reward yourself and get your own Trophy.