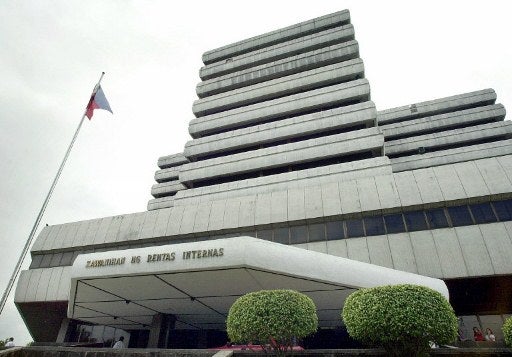 MANILA, Philippines — The taxman has temporarily shuttered 18 Philippine offshore gaming operators (Pogos) and their service providers located inside ecozones in Cagayan province for lack of registration with the Bureau of Internal Revenue (BIR).

The BIR said these unregistered offshore-based Pogos had been licensed by the investment promotion agency Cagayan Economic Zone Authority (Ceza) for their interactive gaming operations.

Pogos, including those licensed by the state-run Philippine Amusement and Gaming Corp. (Pagcor), hired service providers, whose workers directly dealt with their clients — online gamers overseas, mostly in China, where gambling was illegal.

The BIR nonetheless said the implicated service providers were all registered with the Cagayan Special Economic Zone and Freeport being managed by Ceza.

“The business operations of the said Pogo licensees and service providers will remain suspended until the [BIR’s] registration requirements and other pertinent tax regulations are complied with and the corresponding deficiency taxes and penalties are paid,” Internal Revenue Commissioner Caesar Dulay said.

“May these closure operations against unregistered Pogo entities, along with our other tax-enforcement activities like filing of tax-evasion cases and intensified tax audit and investigation, serve as a deterrent for those who would commit tax violations. We urge all taxpayers to comply with the [BIR’s] registration requirement, filing and payment of taxes, and other tax obligations in order to avoid facing business closure, penalties, and possible criminal charges before the court,” Dulay added.

The latest Department of Finance (DOF) data showed that as of end-January this year, 40 Pogos as well as 168 service providers had already registered with the BIR.

According to the DOF, the BIR had closed seven Pogos as of last month. “Their most common violations are non-registration of business with the BIR, non-registration of tax types which Pogos are subject to pay, and non-payment or underpayment of taxes,” the DOF said.

Licensees’ non-gaming operations will be slapped with 25-percent annual income tax, just like other firms which enjoyed the reduced rate under the Corporate Recovery and Tax Incentives for Enterprises (CREATE) Law.

Pogo service providers in and out of the country must shell out their yearly income taxes, plus withholding tax on purchases of goods and services.

Service providers’ sales of goods and properties, as well as services to Pogo licensees, will no longer pay VAT as long as they paid gaming taxes.

Foreigners working in Pogos must pay a 25-percent final withholding tax on their gross income. As such, all foreign — many of them Chinese — Pogo workers needed to secure a tax identification number (TIN) before employment here.

Between October and December 2021, RA 11590 yielded P1.2 billion in tax collection from Pogos, a recent DOF report citing BIR data had shown, but industry observers say collections “could be higher if not for the unscrupulous non-registered or non-compliant operators.”

“Non-compliant Pogos cheat and deprive the government of much-needed revenues for its pandemic response,” an industry source said.

The DOF had warned that “the BIR will shut down and/or penalize erring or non-compliant Pogos.”

For the BIR’s part, it had been quoted by the DOF as saying that “as we already have rules and regulations in place for the Pogo industry, we expect Pogo operations to continue and we foresee an increase in revenues arising from said activities.”