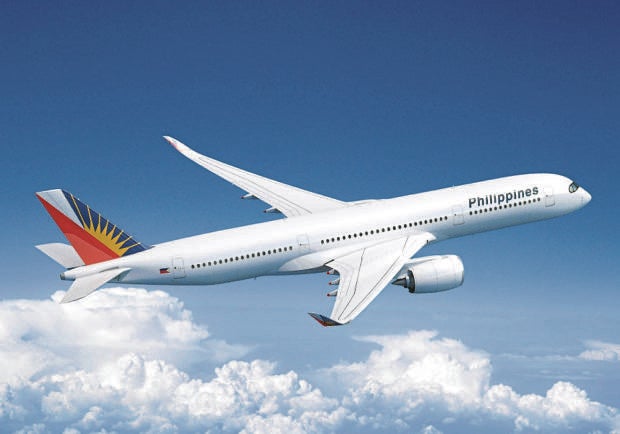 Airbus was tapped to reconfigure 15 of PAL’s narrow and widebody planes. An A350, pictured here, will add 18 seats for a total of 313 seats. —Photo from Airbus

Airbus was tapped to reconfigure 15 of PAL’s narrow and widebody planes, according to the statement. The cabin modification agreement covers 11 A320s, two A330-300s and two A350-900s.

According to Airbus, the A320s will increase seating capacity by 15 percent, or 24 extra seats for a total of 180 seats.

There were no details on how many business class seats would be retained on the A320s and A330s.

Airbus noted that business class and economy would be retained in the A350s. The company made no mention of the aircraft’s premium economy cabin, a middle-market offering with better food and leg room.

According to Airbus, this was part of PAL’s “fleet restructuring plans.”

“Our aircraft deployment decisions and related technical support arrangements are tailored for a restructured network that suits a vastly different global environment,” Rodriguez said in the statement.

The announcement came in the wake of PAL’s exit from US Chapter 11 bankruptcy, where the carrier successfully negotiated the reduction of $2.1 billion in aircraft-related debts.

PAL also committed to a new business strategy, which involved returning over 20 planes to bring its fleet size to 70 aircraft and cancel unprofitable ultra long-haul routes, which may include London and the North American East Coast.

PAL management earlier told the Chapter 11 court it could return to profitability as early as 2022.

“Airbus has its customers’ interests at heart and works closely with them to propose flexible material solutions that meet their needs,” Anand Stanley, president at Airbus Asia-Pacific, said in the statement.

“We are pleased that PAL recognizes the significant savings and operational performance which Airbus can bring with FHS, extending the current arrangement to their A330 and A321 Family fleets,” he added.