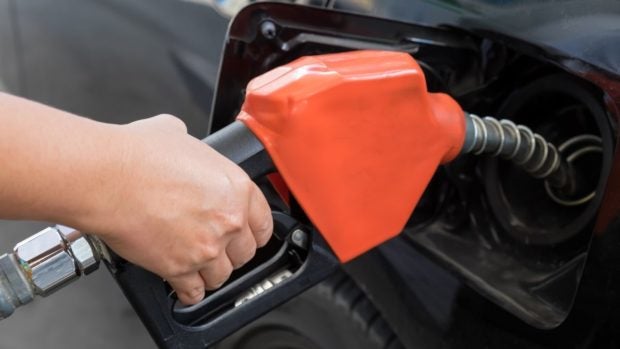 MANILA, Philippines—President Rodrigo Duterte’s economic managers are closely watching the tsunami of global oil prices seen spilling over to domestic inflation at a time when the central bank is mulling over normalizing or hiking interest rates.

Asked how problematic it would be for public finances if global oil costs hit $100 per barrel, Finance Secretary Carlos Dominguez III told CNBC on Friday: “We are concerned, but we are ready.”

“Definitely, we will have quite a bit of pressure,” Dominguez said.

“But our estimates, at $95 for a barrel of oil, we will still remain very confident of meeting our inflation targets,” Dominguez said, referring to the 2 to 4 percent range of price hikes deemed manageable and conducive to economic recovery.

The Monetary Board — the Bangko Sentral ng Pilipinas’ (BSP) highest policy-making body — last Thursday (Feb. 17) jacked up its inflation forecast for 2022 to 3.7 percent using a new 2018 base for the consumer price index (CPI). The previous forecast was 3.4 percent under the old 2012 base. BSP officials had pointed to expensive oil coupled with possibly higher domestic food prices as upside inflation risks.

Dominguez said that while high costs will be problematic for oil-importing countries like the Philippines, “we are, however, very hopeful that the pressures for increasing oil prices such as the Ukraine crisis will probably start easing up.”

“Probably we will see a steadying or declining oil price,” he said.

On top of global oil price pressures, the Monetary Board, where Dominguez represents Duterte, was “watching very carefully the trends of interest rates around the world.”

For one, market watchers expect the US Federal Reserve to upsize its forthcoming interest rate hikes by as much as 50 basis points (bps) as early as March, which may lead to funds pulling out of emerging markets like the Philippines to be reinvested in developed markets.

“We are very confident that the Philippines remains in a sound position to weather the external headwinds on account of its sound macroeconomic fundamentals,” Dominguez said.

“So we are already beginning the process of disengagement and normalization,” Dominguez added.

BSP Governor Benjamin Diokno last Thursday said they were awaiting strong evidence of economic recovery so the central bank can exit from its liquidity support and accommodative policy — with the current record-low 2-percent key interest rate — which helped keep the economy afloat amid the prolonged COVID-19 pandemic.

Dominguez pointed to strong foreign direct investment (FDI) inflows last year and robust dollar reserves, which he said were “more than adequate” so the Philippine economy could withstand looming external shocks like capital and portfolio outflows as well as currency depreciation.

“We also have been discussing in the Monetary Board that the central bank has a number of other tools in its tool chest to counter any adverse moves in interest rates abroad,” Dominguez said.