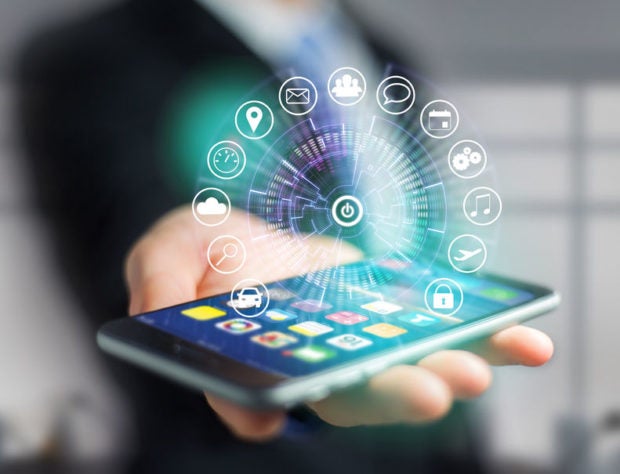 The BSP estimate of 41 million was based on the increase in basic deposit plus active e-money accounts, says BSP Governor Benjamin Diokno. (STOCK PHOTO)

MANILA, Philippines — The number of Filipinos with access to banks and electronic money channels jumped to 41 million as of the third quarter of last year, inching closer to the goal of Bangko Sentral ng Pilipinas (BSP) to include 70 percent of the adult population within the financial inclusion net next year.

BSP Governor Benjamin Diokno said in a press briefing on Wednesday that the 2020-2023 digital payments transformation road map target would likely be met “sooner rather than later.”

Citing BSP estimates, Diokno said that, from about 21 million “banked” adults in 2019, another 20 million were “onboarded” to the formal financial system between 2020 and the third quarter of 2021.

Diokno said this BSP estimate was based on the increase in basic deposit plus active e-money accounts.

The BSP chief said the number of Filipinos with transaction accounts grew “sharply” with 3.6 million new basic deposit accounts opened between end-2019 and October 2021. E-money accounts also rose by 16.8 million during the same period. Another seven million Filipinos opened accounts with the state-run Land Bank of the Philippines while registering for their national ID.

The total of 41 million banked adults as of October last year meant that 53 percent of the demographic already have transaction accounts, Diokno said.

“We’re also optimistic that the results of the 2021 financial inclusion survey to be published in May 2022 will validate this estimate of significant growth in ownership in the last two years,” he said.

Pointing to the recently launched 2022-2028 national strategy for financial inclusion, Diokno said the government had solidified its commitment “to achieving not only the account ownership target but also the broader financial inclusion objectives.”

These goals will be achieved by promoting inclusive digital finance, strengthening financial education and consumer protection, enhancing access to risk protection and social safety nets, as well as enhancing the financing ecosystem for agriculture and small businesses, Diokno said.

Also on Wednesday, Diokno told a forum on sustainable finance that the BSP “recognizes the important role of banks in promoting sustainability, such as through credit and investments in green projects.”

“The BSP also acknowledges that central banks are in a position to influence the adoption of sustainability principles in banking operations through enabling regulations,” he said.

“While we recognize the challenges and varying extent of maturity of banks with respect to sustainability reporting, we are optimistic that increasing levels of awareness and understanding among banks will further improve sustainable reporting and transparency. Hence, it is important for financial supervisors to enable and enhance the skill set and competency of the banking community,” Diokno said.