Did you know that Akio Toyoda, the charismatic 65-year-old president and CEO of Toyota Motor Corporation, occasionally takes part in various racing series including the Nurburgring 24 hours and more recently, the 24-hour endurance racing event held at the Fuji International Speedway in Japan? 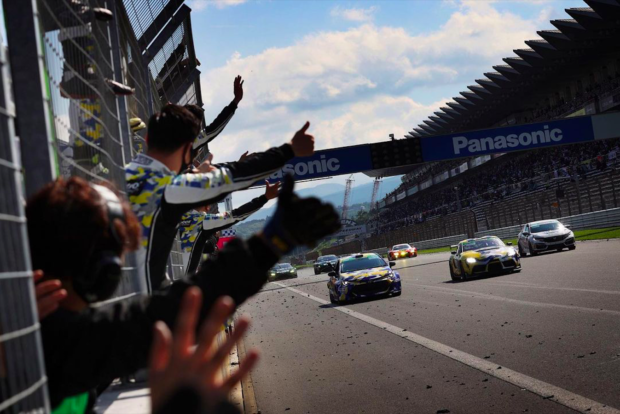 He does this because he wanted to be someone who could evaluate cars correctly, to become the “final arbiter” of his company’s many offerings. And for him, “if it’s not fun to drive, it’s not a car.”

This is why, in 2017, as part of his plan to build fun cars in all its range, Toyota announced the launch of a sub-brand called TOYOTA GAZOO Racing (TGR). TGR was an offshoot of Toyota’s Team Gazoo in 2007 that built high-performance engines and automotive sports accessories, competing in various racing disciplines around the world. Since 2017, TGR has embodied its philosophy of “pushing the limits for better” by applying the knowledge gained and the technology that was developed for these races to several of Toyota’s production models. 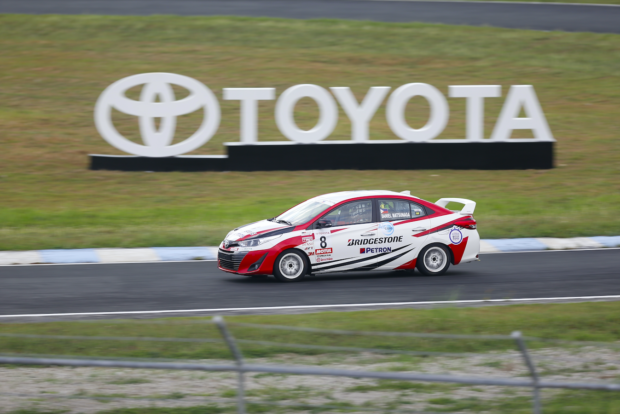 Toyota’s history in motorsports dates back 64 years and TOYOTA GAZOO racing is the embodiment of Toyota’s relentless pursuit to go beyond limits by making “ever-better” Toyota cars. The GR range comes in different levels of performance tweak. The GR label is for those models heavy on the performance, with fully re-engineered core components including the engine, suspension and brake system. For vehicle models that are just a bit racier, with modest upgrades on the suspension and brakes alongside striking and more aggressive-looking exterior look, there’s the GR-S or the GAZOO Racing-Sport label. 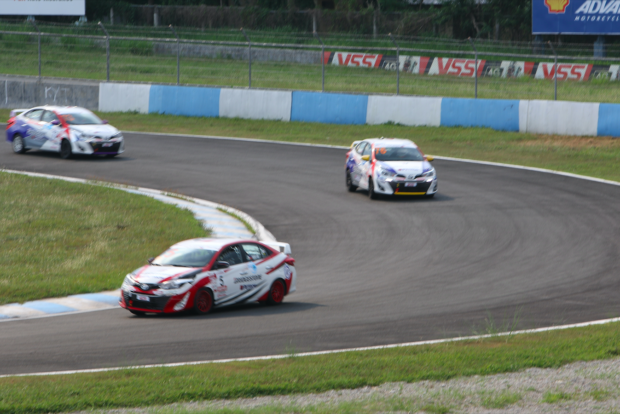 The Hilux GR-S and Fortuner GR-S launched in October last year fall in this latter category. Both of these GR-S models are meant to reflect the aspirational qualities of GAZOO Racing’s halo models—like the GR Supra and GR Yaris—more accessible to Toyota fans as they recapture the thrill of spirited driving, and feature striking exterior and interior touches that place the two GR-S models head shoulders above the rest. 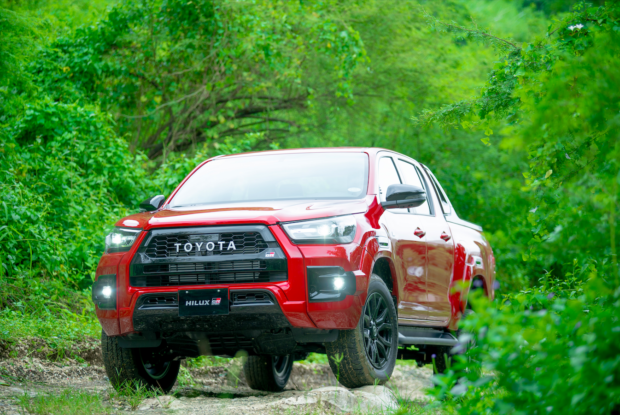 This exterior retooling improves not just the look of the vehicle, but also the way it handles: both the Hilux GR-S and Fortuner GR-S are equipped with monotube shock absorbers and GR brake calipers (front and rear for the Fortuner and front only for the Hilux) that provide a more responsive driving experience than their non-GR counterparts. 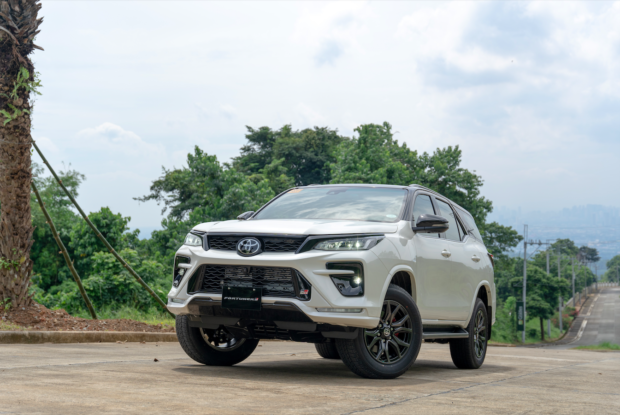 The Fortuner GR-S is currently the most spritely version of Toyota Motor Philippines’ (TMP) best-selling Sports Utility Vehicle (SUV) in the market. Its ride and road demeanor has been improved, thanks to its new monotube shock absorbers as well as GR brake calipers in the front and rear wheels that contribute to better handling and stability.

But what should attract one to the Fortuner GR-S is its more striking look—the front and rear bumper fog lamp garnish have been redesigned, and the vehicle now features a back door garnish and bi-tone rear spoiler. The 18-inch machine cut finish alloy wheels also now have black-tinted clear coating.

For convenience, the Fortuner GR-S has 8-way power adjust seats, dual-zone A/C, a hood-lift assist, and for easy access at the back, a kick sensor for the power back door.

Inside, the GR-S version of the Hilux also features a steering wheel that sports red, black, and smoke silver metallic accented GR leather with red stitching. This steering wheel also has paddle shifters to match the sport type front seats covered in suede and leather material with red stitching. The pedals are now aluminum, and for the driver’s convenience, there is a panoramic view monitor, 8-way power adjust for the driver’s seat, dual-zone A/C, hood-lift assist, and auto-dimming inside the rear-view mirror.

Now looking sportier and more aggressive, the dressed-up GR-S versions of the Fortuner and Hilux now serve as the new top-of-the-line models. And with better road manners—thanks to new shock absorbers, these SUV/pick-up models are fully decked-out to carry the Gazoo Racing heritage. Indeed, Toyota has just brought motorsports excitement to daily drives with sportier, heart-racing versions that push the limits of the models we know and love.