What is the 15-minute city? | Inquirer Business
Close
menu
search

What is the 15-minute city? 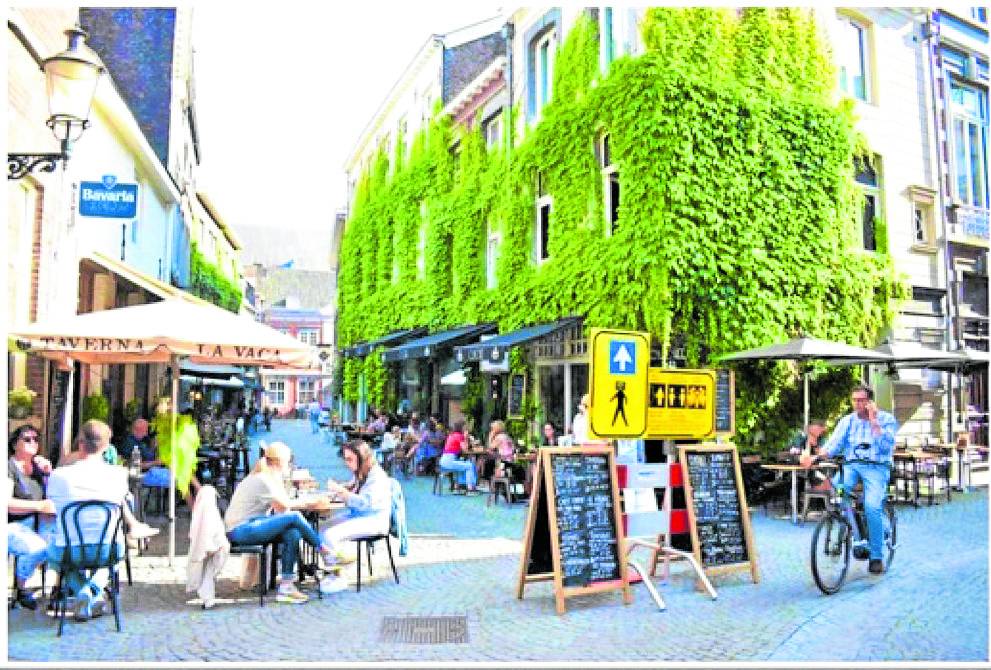 Cities should be redesigned so that from your home, you should be able to walk or bike to several desirable community amenities, facilities, and services within a 15-minute span of time.
—The Maastricht, The Netherlands/ Gall Freund

The scene is all too familiar for many of us—the dreaded and painful daily commute as we travel back and forth to work every day. Sitting in traffic for hours both ways, not knowing what time we can get to our destination, is stressful both mentally and physically.

Based on the 2015 Global Satisfaction conducted by Waze, Metro Manila has the “worst traffic in Southeast Asia.” This is one of the main reasons why Manila is known as a chaotic city.

Some foreign visitors are perplexed that the average citizens seem to take all this horrendous traffic calmly. Is it simply complacency or resignation that makes him accept it as inevitable? Some say it is the Filipino’s patience that helps him cope with it.

Long commutes and getting stuck in traffic for long hours are major concerns of many cities the world over. Today, this problem is being addressed by an innovative concept called the 15-minute city. 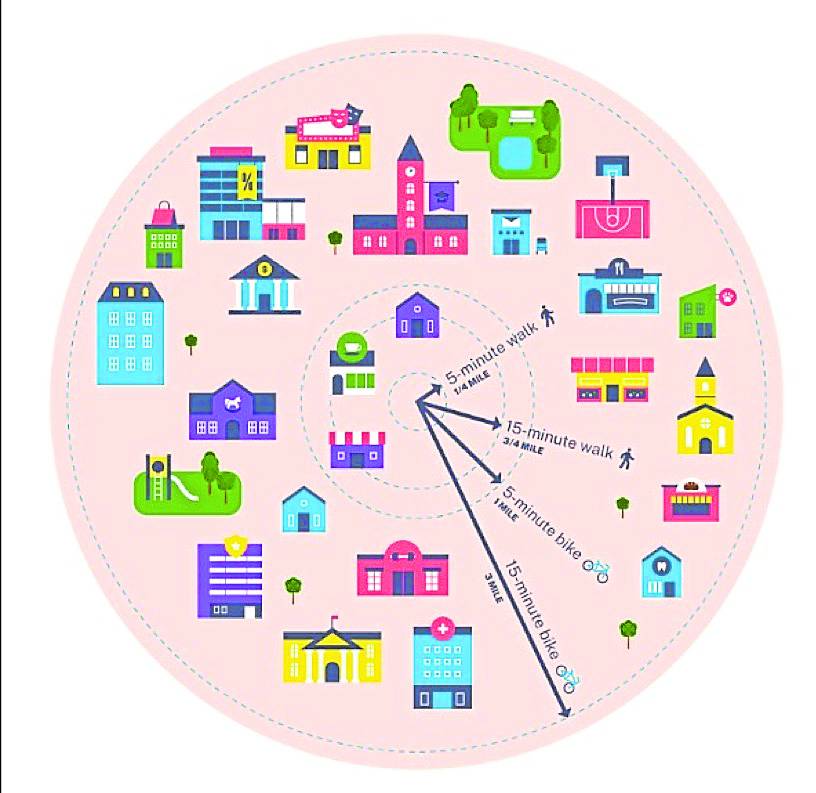 A possible list of services to be provided in a 15-minute walk will vary from community to community. They may include playgrounds, green parks, grocery stores, drug stores, schools and libraries, hardware stores, restaurants, coffee shops, dental and medical services.—moveBuddha

What is the 15-minute city?

According to French-Colombian scientist Carlos Moreno who developed the urban planning concept, cities should be redesigned so that from your home, you should be able to walk or bike to several desirable community amenities, facilities and services within a 15-minute span of time. The concept has been described as a return to a local way of life.

It is estimated that most able-bodied people, can walk up to a quarter of a mile or slightly over a kilometer within a 15-minute timespan. A possible list of services to be provided in a 15-minute walk will vary from community to community. These may include playgrounds, green parks, grocery stores, drug stores, schools and libraries, hardware stores, restaurants, coffee shops, dental and medical services,

What are the benefits?

Top of the list are the health benefits. Proximity and ease of access promote walking, which helps reduce the growing problem of obesity. The concept also helps cut greenhouse gas emissions as there is no need for people to move about the community to do basic errands.

This concept is especially adoptable during the time of the pandemic as people see the benefits of living where public facilities are closer to home.

How do we create 15-minute cities?

The first thing to do is to make an inventory of what the city has to offer. Cities need to review what existing resources they have and how they are being used starting with spaces. We need to ask who is using it and why? What are the services available in the city? Are there health care centers, marketplaces, shops, cultural life? What about green spaces and schools? Are there offices and housing provisions?

Here are three key features of a 15-minute city: 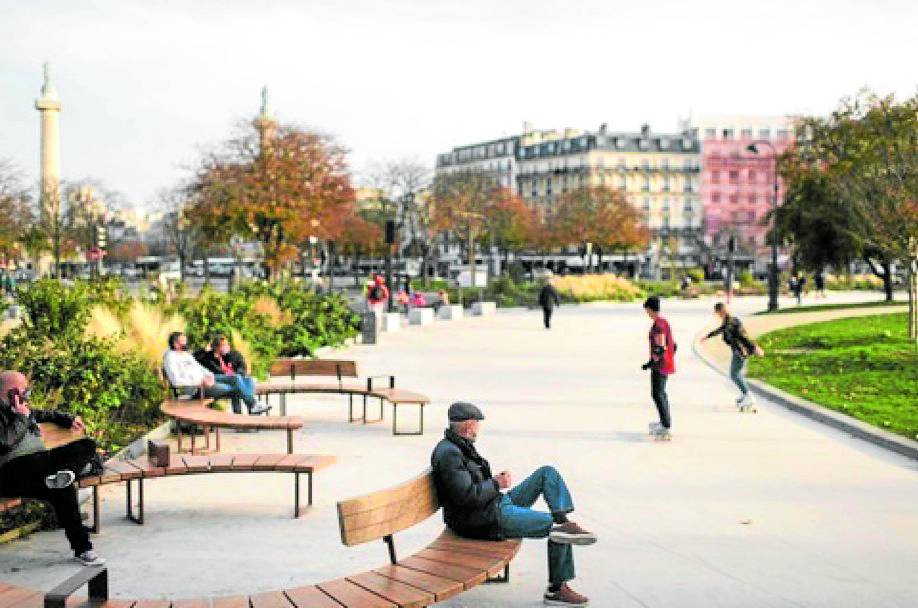 The neighborhood should be designed to allow people to live, work and prosper in them without the hassle of constantly commuting somewhere else. —Tomorrow.City

The first city to adopt the 15-minute city concept was Paris, France, in 2019. The plan of Mayor Anne Hidalgo includes a massive decentralization, increasing bike lanes and developing them into spaces of leisure, building more green spaces, transforming existing infrastructure and using many areas in the city for varied things and activities—which is the central theme of the 15-minute city.

In 2015, I wrote about the plans of Paris under Mayor Hidalgo who has been mayor since 2014. She laid out a program to improve the quality of life of its residents and visitors by adopting a green concept to develop innovative revegetation programs so that nature is not limited to parks, gardens and forested areas but spread out through highly developed neighborhoods and buildings. Project completion was set for 2020.

During her current term of office, she aims to transform Paris into a people-friendly city, which includes removing space for cars and boosting space for cyclists and pedestrians.

Incidentally, Mayor Hidalgo won a second term over two other candidates based on her environmental platform of improving the quality of life in the city.

The concept has inspired urban planners and policymakers all over the world, including North America.

How wonderful if Metro Manila could adopt some of the ideas from the redevelopment plans of Paris. With all the promises that our politicians are offering the people, the idea of improving the quality of life in the city should be on top of their list. Metro Manila could certainly use some innovation in our approach to improving city life. It may be just exactly what we need in this time of the pandemic.

The author is the principal architect of A.P de Jesus & Associates–Green Architecture and vice chairman of the Philippine Green Building Initiative. For comments or inquiries, email [email protected]