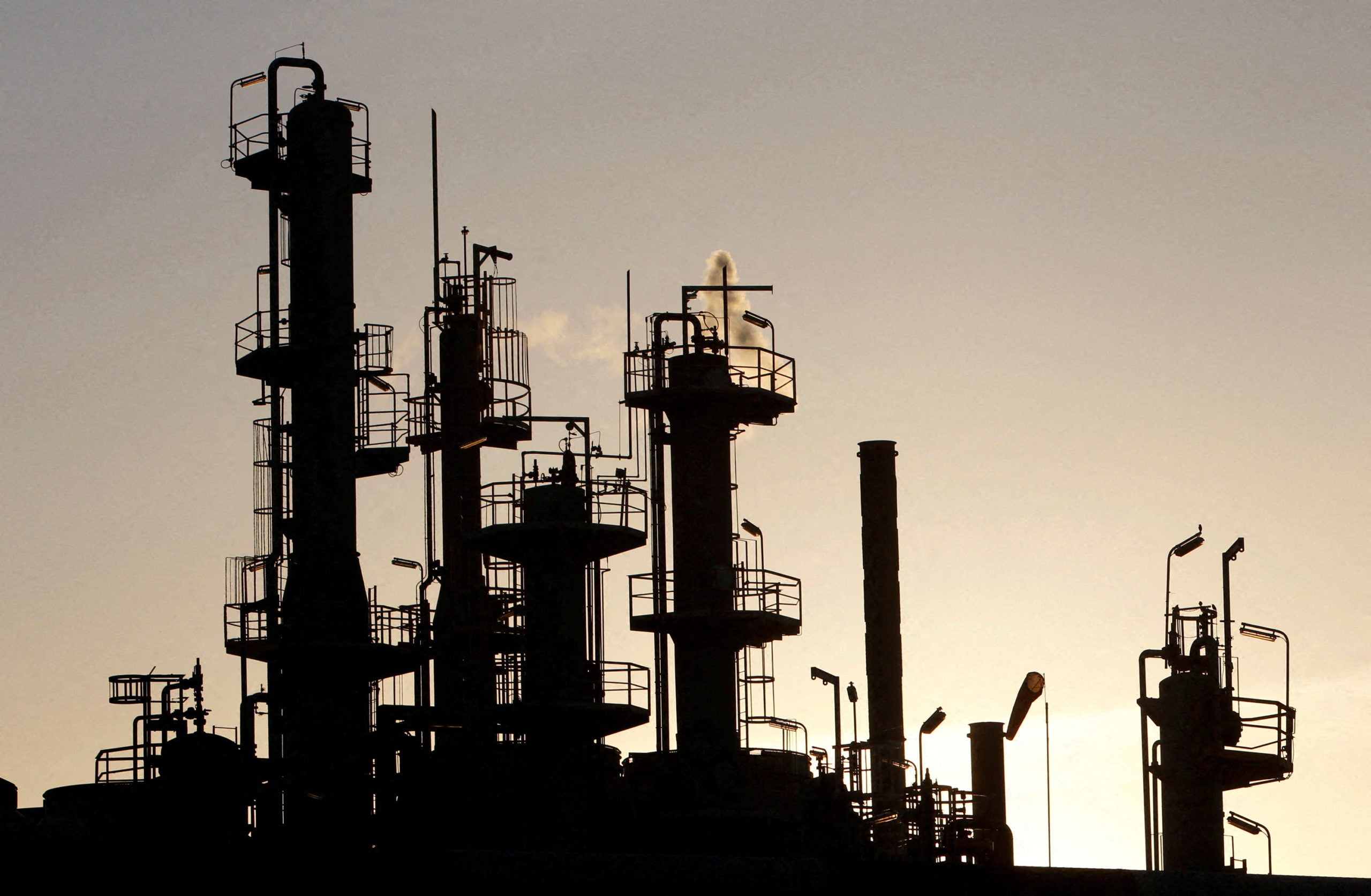 FILE PHOTO: Towers and smokestacks are silhouetted at an oil refinery in Melbourne on June 21, 2010. REUTERS/Mick Tsikas/File Photo

Both Brent and WTI are on track for what would be the longest run of weekly gains since October.

Supply scarcity has pushed the six-month market structure for Brent into steep backwardation of $6.33 a barrel, the widest since 2013. This means that current levels are higher than those in later months, which usually encourages traders to release oil from storage to sell it promptly.

Oil prices continue to receive support from concerns that the Ukraine crisis could disrupt energy markets. However, Russian Foreign Minister Sergei Lavrov on Friday said that Moscow does not want war with Ukraine.

“The risk premium on the oil price is now likely to be almost $10/bbl” said Commerzbank commodities analyst Carsten Fritsch.

Price gains have been pared by a resurgent U.S. dollar, which is on track for its biggest weekly rise in seven months on expectations of higher interest rates.

“The $90/bbl level is still proving a tough nut to crack for the European benchmark,” said PVM analyst Stephen Brennock, highlighting that the market is focused on a Feb. 2 meeting of the Organization of the Petroleum Exporting Countries (OPEC) and allies led by Russia, collectively known as OPEC+.

The OPEC+ producer group is likely to stick with a planned rise in its oil output target for March, several OPEC+ sources told Reuters.

On the demand side, crude oil imports in China, the world’s biggest importer of the commodity, could rebound by as much as 7% this year, analysts and oil company officials said.

Swedish bank SEB raised its Brent crude forecast on Friday to $85 a barrel for the first and second quarters of this year, up $10 and $5 respectively.