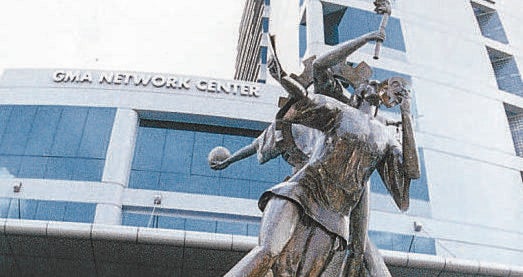 MANILA, Philippines—Broadcast giant GMA Network Inc. claimed a win in the 2021 television ratings war despite a drop in viewership as aggressive TV rivals race to close the gap.

The company was propelled to the undisputed No. 1 spot in 2020 after main competitor ABS-CBN Corp.’s flagship TV broadcast business was shuttered by the Duterte administration and its allies in Congress—a move denounced by free speech advocates as an attack on press freedom.

GMA, which is owned by the Gozon, Duavit and Jimenez families, said in a statement on Monday (Jan. 24) that it continued to “reign supreme” in TV ratings in 2021.

However, data from third-party research provider Nielsen Philippines TV Audience Measurement showed a noticeable decline in both reach and audience share in 2021.

This suggested growing pressure from competitors TV5 and even ABS-CBN, which made a limited free TV comeback over the past two years via airtime leasing deals with TV5 and Zoe Broadcasting for Channel 11 A2Z.

The company also saw declines in reach across Luzon, Visayas and Mindanao, the data showed.

Nielsen defines reach as the unduplicated number of individuals or households that viewed an advertisement at least once during the average week for a reported period.

In the same statement, GMA said its other free TV channel, GTV, was the second most-watched station after GMA.

GMA previously announced long-term plans to maintain its edge over competitors, revealing a P20 billion expansion plan until 2023 to beef up its digital TV business, produce new programs and build a modern studio inside its Quezon City headquarters.

Over the past year, it had also lured several high-profile news and entertainment talents from other networks.

The company paid out historic-high cash dividends to stockholders in 2021, with earnings the previous year boosted by ABS-CBN advertisers shifting networks following the expiration of its franchise and subsequent TV shut down.

GMA chair and CEO Felipe Gozon told stockholders last month that the network would beat its target to grow full-year profits by 15 recent. GMA’s net income in 2020 surged by 128 percent to P6 billion.