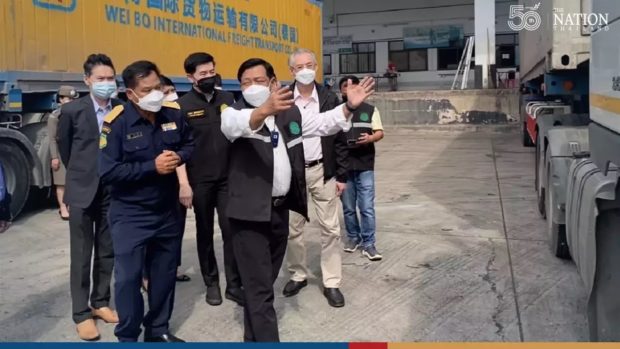 BANGKOK — A shipment of 500 tonnes of broken sticky rice will leave Thailand for Chongqing in China on Wednesday via the new Laos-China railway system, Alongkorn Polabutr, adviser to the agriculture and cooperatives minister, said on Saturday.

He said the delivery will take only three or four days, about four times faster than maritime transport.

Alongkorn went on to say that another cargo train containing 1,000 tonnes of Thai rice has arrived in Laos’ Thanaleng Station and is awaiting approval from the Laos Agriculture and Forestry Ministry’s approval.

He added that the Thai ministry has called on Vientiane Logistics Park CEO Chan Sittichai and Thanaleng Station to cooperate on this issue.

“We have been told that the cargo will be delivered to the Southern Vientiane station on Monday before heading for Chongqing on January 26,” he said.

“We are meeting the Laos ambassador and other related agencies on Saturday to discuss the export of other agricultural goods, like fruit, via the Laos-China railway. Fruits will be ready for harvest from March,” he said. 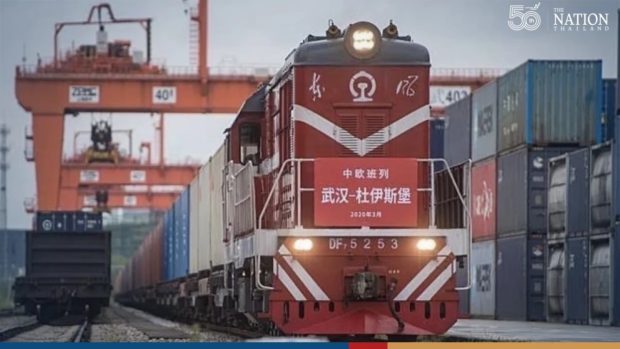 Alongkorn said that Agriculture and Agricultural Cooperatives Minister Chalermchai Sreeon has spoken to the Laos government and Chinese ambassador on what can be done to solve export issues amid the Covid-19 crisis.

He added that the agriculture ministries of Thailand and China will be officially meeting in the latter part of this year.