Having a baby? You need P60K to buy essential items–study 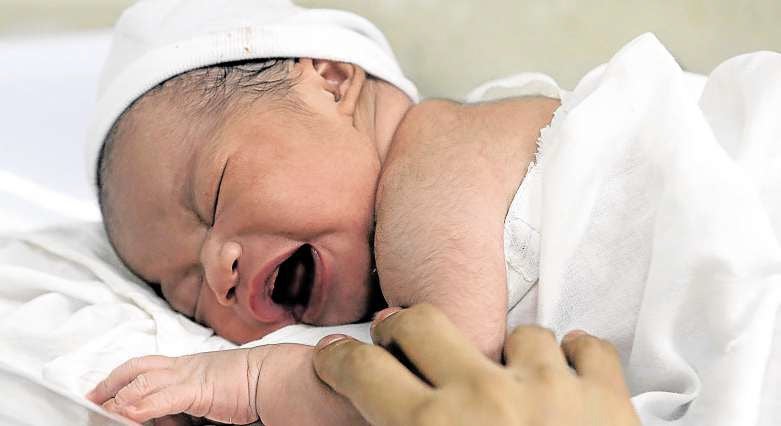 HERE I COME Babies like Jahir, a New Year 2021 baby, bring a lot of joy but there are many expenses that parents must prepare for. —RICHARD A. REYES

After the excitement over the ultrasound pictures and gender reveal party has died down, the costly reality of having a new baby will slowly sink in. Aside from the sleepless nights most parents endure during the first few months, they also need to deal with the spiraling cost of purchasing essential items for a newborn.

A study by iPrice Group issued in December reveals that Filipinos need about P60,000 to cover basic supplies by the time a baby is born. The group conducted a study that collected the average cost of basic baby items and the changes in people’s interest in baby products online. Based on iPrice’s price data from thousands of sellers and merchants on their website, the e-commerce aggregator recorded the median prices of selected basic items for a newborn. One-off purchases such as baby car seats, strollers, five toys, cribs, step stools and many more amount to a grand total of about P57,800. However, items that are bought on a regular basis such as diapers, wipes and milk formula will cost about P1,600 per purchase.

And these are only basic items. The amount does not even include the cost of other items such as bath products, cleaning accessories, clothing, feeding items, baby décor, or even bigger, nonitem necessities such as health care. But the study notes that these are just the average prices on the iPrice platform, which means cheaper alternatives are available.

According to a briefing from the Association of Southeast Asian Nations, the minimum wage in the Philippines is P537 per day. Assuming that a minimum wage earner works 20 days a month and earns around P10,740 monthly, he or she needs to set aside 69 percent of salary for eight months to afford a newborn’s basic items.

But this is only on the premise that a single minimum wage earner is expected to provide for a newborn. Usually, there are two members in a family making an income.

The pandemic seems to have slowed down the birth rates in Southeast Asia—a region that has been grappling with the issue of overpopulation.

In 2020, the Philippines recorded the fewest number of babies born in 34 years. The Philippine Statistics Authority (PSA) reported in October a “significant drop” of 9.43 percent in the number of registered births last year. In 2020, there were 1,516,042 registered births, down from 1,673,923 in 2019. Amid the threat brought about by the pandemic, the country experienced the worst post-war recession in 2020 with the gross domestic product contracting by 9.6 percent. The financial shock wave contributed to the growing worries of Filipinos who had to deal with job losses, higher inflation, hunger and bankruptcy on top of the health concerns such as COVID-19 infection.

“From the PSA numbers, it is clear that Filipino women are deciding to delay having children, and families are deferring or avoiding to have more kids as they [are] made well-aware of the possible hardships and inconveniences in securing medical, as well as family planning services since the pandemic has severely impeded health-care systems,” says Juan Antonio Perez, executive director of the Commission of Population and Development (Popcom).

Meanwhile, Malaysia is facing the same fate as its fertility rate is at its lowest in 40 years. A similar trend can also be seen in Singapore and Thailand as well.

Aside from deciding to delay pregnancies, Perez also attributes the decline in the country’s birth rate last year to more women being more adept at using modern family planning methods.

Based on data from the PSA, around 400,000 more households used family planning services in 2020, which brought to more than 8 million the number of Filipino households that planned the frequency of pregnancies.

In 2021, the number of Filipinos increased by a measly 0.3 percent compared with 2020. The Popcom projects the slowest population rise in 75 years.

But not all hope is lost. Once new daily infections decline in the Philippines, the Popcom is optimistic that the number of births in the country will rebound, similar to what transpired after World War II ended in 1945.

“Filipinos will eventually learn to live with COVID-19 and we may see increased births after the era of COVID-19,” says Perez.

Despite the declining birth rates in several Southeast Asian countries, online interest in baby items is on the rise. iPrice recorded a 127-percent increase of Google impressions on baby categories across all six of its platforms in 2021.

The toy category topped the list, with a 222-percent increase of Google impressions, followed by diapers (160 percent) and nursery items (127 percent).

The mobility of Filipinos has been greatly affected during the stringent lockdowns imposed by the government to curb the spread of the deadly disease. This is, perhaps, the reason why Filipino parents have turned to online shopping for their babies’ needs. Thus, items like inflatable pools and bicycles for babies had the most Google impressions on iPrice Philippines.

Aside from these items, diapers and milk formula also had the most impressions in the Philippines and the other countries. Filipinos’ interest in these items increased by 146 percent, but Singapore and Thailand had the highest increase in interest in baby items, surging by 184 percent and 180 percent respectively.

The only country that didn’t have much difference in interest is Malaysia, having only an 8-percent increase in Google impressions on all product categories observed.

Their interest in baby gear, maternity care items and baby feeding products specifically actually decreased by an average of 13 percent.