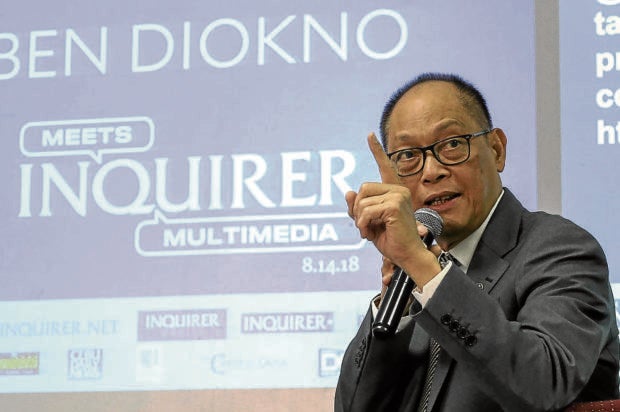 MANILA, Philippines — Over 42,000 complaints on financial transactions, including unauthorized fund transfers, were lodged before the Bangko Sentral ng Pilipinas (BSP) in the last two years, which involved a total amount of P540 million last year alone.

BSP Governor Benjamin Diokno told the Senate banks committee in a hearing on Monday that its Consumer Assistance Mechanism received a total of 42,456 complaints in 2020 to 2021.

“A majority of these cases have been deemed closed. But the process was long and arduous and for many complaints, the resolutions were unfavorable for the consumer,” said Diokno

Diokno said the BSP welcomes the proposed law, saying it would protect Filipinos “making financial transactions, whether it is making deposits to save for their children’s education, taking a loan to do their businesses, sending money to friends and family or paying goods online.”

“The [proposed] act will benefit us all because we are all financial consumers. Without this act, we will continue to hear stories like Johnny’s, a father of two young children and an economic frontliner who lost his hard-earned savings after a fraudster obtained his account information and made unauthorized fund transfers,” Diokno added.

The BSP governor also mentioned the “hundreds” of investment scam complaints received by the Securities and Exchange Commission (SEC) in 2019 and 2020.

“These cases can be resolved quickly once the FCP Act is in place. This act will empower financial regulators such as BSP, the Insurance Commission, the SEC, the Cooperative Development Authority to expedite the adjudication of reasonable monetary claims more efficiently, fairly and openly, all to the benefit of the consumers,” Diokno said.

Meanwhile, Senator Grace Poe, chairperson of the Senate panel, said the proposed law “has become even more necessary” in the time of the pandemic when the country has seen a rise in digital financial transactions.

“The proposed Financial Consumer Protection Act has become even more necessary in the new normal where we see the number of banked Filipino adults reached as high as 53 percent during the first quarter of 2021, compared to just 29 percent in 2019,” she said in her opening statement.

“The goal of hitting 70 percent in 2023 now seems doable as more and more Filipinos open bank accounts or utilize e-money accounts,” she added.

“This [proposed] law shall also ensure that our financial service providers are operating optimally, and the regulators are able to oversee the system with utmost efficiency,” Poe said.