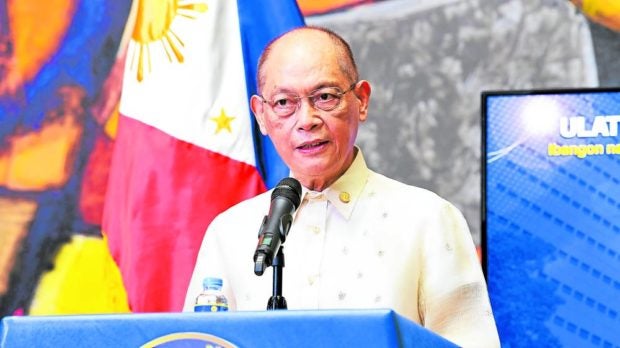 THE OUTSIDER WHO OUTPERFORMED Diokno has done the heavy lifting of the economy amid COVID-19 disruptions. —Contributed Photo

Benjamin Diokno knows he knows the limits of monetary policy, and says he knows he can’t solve all of the country’s economic problems.

Yet from the actions of fellow policymakers in government and the private sector, it is clear that the governor of the Bangko Sentral ng Pilipinas (BSP) has assumed an outsized role in making sure that the state has the funds to function, credit continues to flow to the private sector and Filipinos in lockdown can continue paying for essential goods through electronic means.

Early in the pandemic, Diokno spearheaded a move to lend over half a trillion pesos to the national government for budgetary support, followed a few months later by billions more in a similar transaction.

Critics had initially raised eyebrows at the move, which was seen as the central bank printing money to finance the government’s budget. But any doubts about the policy quickly faded away after it became clear that the funds were key to the smooth implementation of the state’s pandemic response.

Similarly, the central bank chief’s ultra-low interest rate policy was also viewed askance by conservative analysts who warned that the move would aggravate the country’s inflation picture. Many were particularly uncomfortable with the monetary authority abandoning its traditional anti-inflation stance for a more pro-economic growth position.

But, after having over P2.3 trillion in liquidity released into the financial system since the start of the COVID-19 crisis, critics have quieted down, seeing how Diokno’s unconventional moves seem to have worked.

Everyone was surprised when Malacañang announced Diokno’s appointment in March 2019.

Although he had a good track record on the fiscal side of government—having served as Budget Secretary under two administrations (He was an architect of the ‘build, build, build’ infrastructure program)—no one had included him in their short list of bets to become the country’s next central bank chief.

But almost three years later, the decision of President Duterte to name Diokno as governor, backed in no small measure by Finance Secretary Carlos Dominguez III, has proven to be an inspired one.

Diokno, 73, was recently named the best central banker in the world by London-based The Banker, an international business, banking, and finance magazine owned by the Financial Times.

“I believe my experience on the fiscal front has actually helped me a lot in doing my job as central bank governor,” he says. “It has given me a holistic view of the economy, as I perform duties related to the conduct of monetary policy.”

He holds a PhD degree in economics from Syracuse University in New York and is professor emeritus at the University of the Philippines School of Economics. His recognition as the best central bank governor in the world by The Banker is a first for the Philippines.

Diokno, who was also named the best central banker in Asia-Pacific, was chosen by The Banker as the “Global Central Banker of The Year 2022” from among a list of regional winners, which included the following central bank heads: Central Reserve Bank of Peru Governor Julio Velarde for the Americas; Banque de France Governor Francois Villeroy de Galhau for Europe; Central Bank of Bahrain Governor Rasheed M Al-Maraj for the Middle East; and Bank of Tanzania Governor Florens Luoga for Africa.

According to the publication, the annual awards recognize officials who “have best managed to stimulate growth and stabilize their economy” as the world continues to face the challenges of the COVID-19 crisis.

The Banker cites the BSP’s efforts under Diokno’s leadership that earned him the highest recognition, topmost of which is the central bank’s accommodative monetary policy to support economic recovery.

“After seeing a 9.6-percent decline in gross domestic product in 2020, the economy has rebounded in 2021, recording a 12-percent increase in the second quarter and a 7.1-percent rise during the third quarter of the past year,” The Banker notes.

The BSP has kept its policy interest rate to its lowest level, even as inflationary threats loomed on the global horizon last year. He argues that, in the case of the Philippines, slightly elevated inflation is caused by factors dampening supply rather than by uptick in demand. This means the best solution is not higher interest rates but administrative measures implemented by the national government.

Out of the box

At the same time, the BSP has implemented measures to support economic recovery, several of which are unconventional by central bank standards.

It counted bank loans to micro, small and medium enterprises as part of financial institutions’ compliance to the reserve requirement, which encouraged more lending to small businesses.

It also started buying government securities in the secondary market at the height of the pandemic, to help ensure that liquidity in the financial system remains ample.

But perhaps most importantly for the man on the street, the BSP has intensified efforts to transform the Philippines from a cash-heavy to a cash-lite, digital-heavy society.

He has set two targets to be achieved before his term ends in 2023: first, at least half of financial transactions in the country are conducted electronically; and second, at least 70 percent of Filipino adults own financial accounts.

So far, the Philippines is on track to meet these targets. As of end of 2020, digital payments already accounted for 20 percent of total financial transactions in the country, up from a mere 1 percent in 2013. As of the second quarter of 2021, the number of adult Filipinos owning financial accounts doubled to 41 million, representing 53 percent of adult population, from only 20.9 million in 2019.

“With digitalization, we can unlock income and growth opportunities for the Filipino people,” says Diokno. “Recognizing this, the BSP has put in place enabling regulations for financial digitalization.”

Many central bank insiders will point out that the reform measures instituted by Diokno over the last three years were the result of long-gestation projects that were being prepared by the institution over the last few years.

What surprised many was the speed by which he ordered these projects to be implemented, bypassing the cautious introductory measures that previous central bank governors preferred for good reason.

“It’s good to be cautious,” says one ranking BSP official speaking on condition of anonymity. “That’s important, especially in central banking, where the simplest decisions affect millions of Filipinos. But sometimes, it takes an outsider to say: ‘Okay, enough studying, let’s implement it.’”

That, in essence, seems to be the story of Diokno’s unexpected success as the Philippines’ central bank governor.

Indeed, he may be right that a central bank governor can’t solve all the country’s economic problems. But to the surprise of critics and even casual observers, he has helped solve many of them.

And Filipinos lives are better for it.