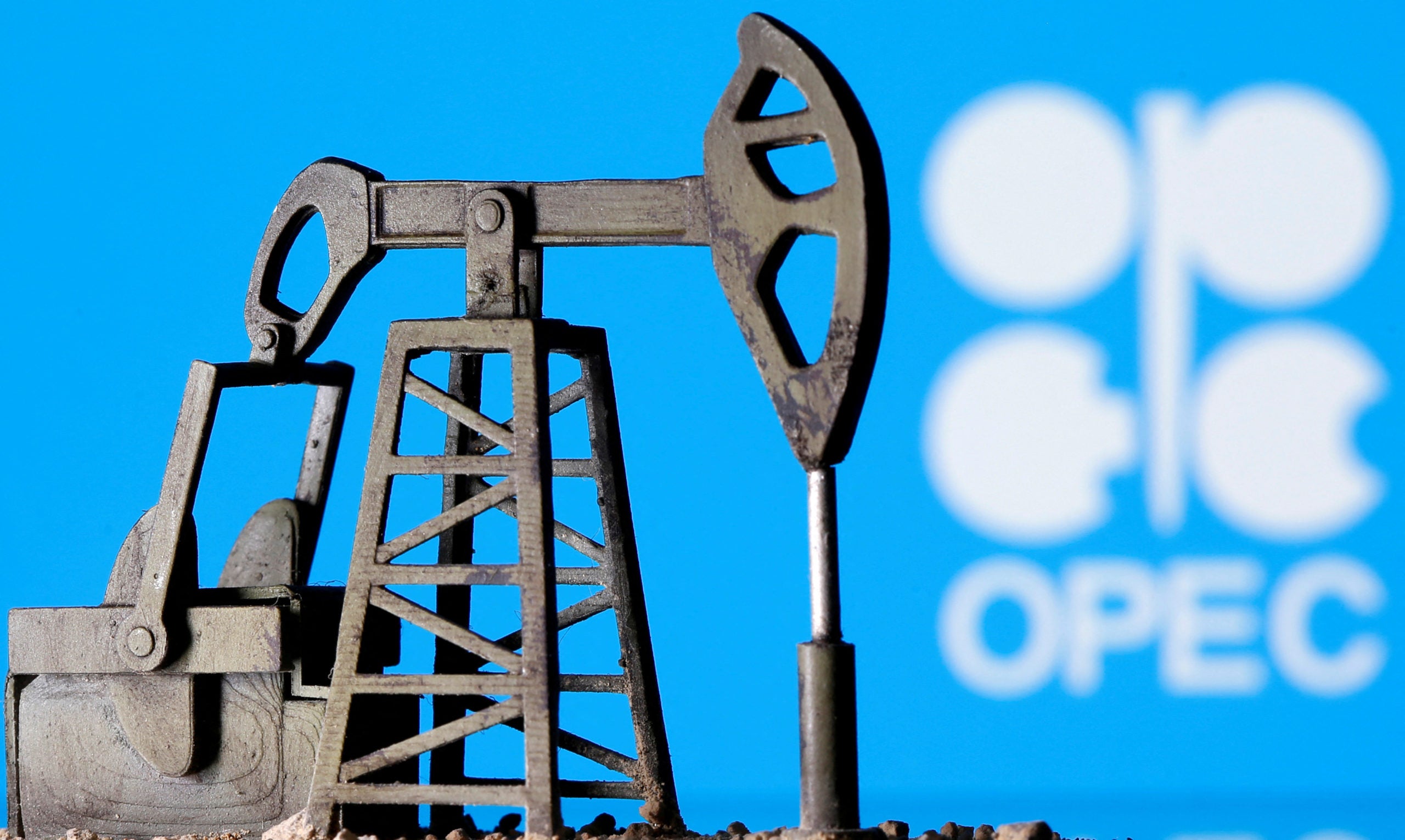 SINGAPORE — Oil prices climbed on Tuesday, with investors regaining some risk appetite as they await clues from the U.S. Federal Reserve chairman on potential interest rate rises and as some oil producers continued to struggle to beef up output.

A weaker U.S. dollar helped support oil prices on Tuesday, as it makes oil cheaper for those holding other currencies.

Recent oil price declines had been driven by worries about soaring cases of COVID-19 around the world potentially sapping fuel demand.

“Rising virus cases are a cause of concern as restrictions impact mobility and thereby fuel demand,” said Ravindra Rao, head of commodity research at Kotak Securities. “However, despite the sharp rise in cases, none of the major economies are looking at severe lockdowns.”

“The virus situation, supply-related issues, and trends in equity markets will be key factors affecting crude oil in the near term,” he added.

Some analysts said tight supply from the Organization of Petroleum Exporting Countries (OPEC), Russia and allies, together called OPEC+, not keeping up with demand was also supporting prices.

“The market could still benefit from tighter supplies and supply risk from Russia,” ANZ Research commodity analysts said in a note. Political tension has mounted as Russia has amassed troops on the border of Ukraine.

Analysts pointed to OPEC supply additions running below their allowed increase under the OPEC+ pact, as some countries, including Nigeria, are not producing their agreed volumes.

“The fundamentals remain bullish for crude again – especially if OPEC continues to struggle to hit its quota as part of the 400,000 barrels per day monthly increases, as demand strengthens,” said OANDA analyst Craig Erlam.

Libya, which is exempt from OPEC supply curbs, has been hit by pipeline maintenance work and oil field disruptions. However, on Monday, production resumed at the El Feel oil field, where an armed group halted output last month.

The market is waiting on U.S. oil and product inventory data from the American Petroleum Institute (API), an industry group, due at 2130 GMT on Tuesday, followed by data from the U.S. Energy Information Administration on Wednesday.

Six analysts polled by Reuters expect U.S. crude stockpiles fell by about 2 million barrels in the week to January 7, which would mark a seventh straight week of declining crude inventories.