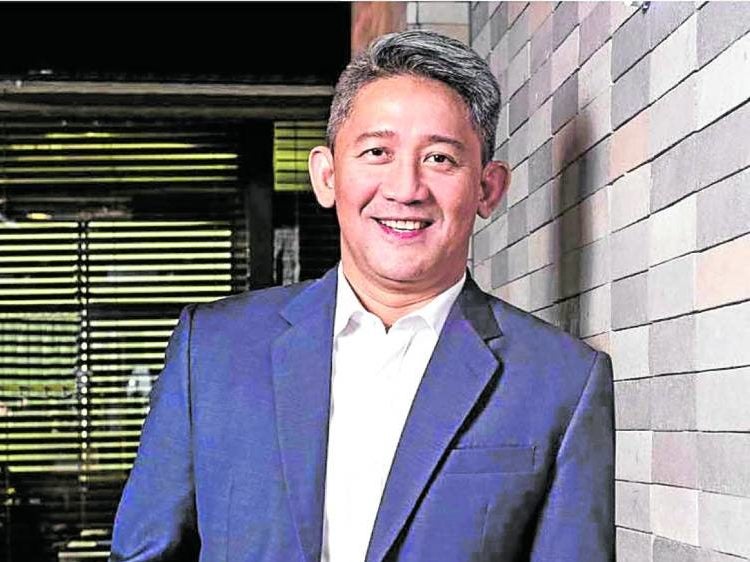 The “house that fried chicken built”—which eventually grew into a leading multi-brand casual dining chain operator in the country— has gone to hell and back during this COVID-19 pandemic.

And as nobody anticipated this kind of prolonged business disruption, Max’s Group Inc. (MGI) had to rewrite its playbook.

These days, MGI not just sells fried chicken, pizza, donuts and beverages to consumers. It has also debuted into food manufacturing by consolidating three commissaries in Luzon into a single new hub in Carmona, Cavite to produce materials not just for its own 600-store domestic network.

MGI now makes burger buns, meat for rice toppings, glazed sauce and desserts for other brands. It supplies white-label meals in bulk to companies, such as business process outsourcing (BPO) firms, rationing food to its staff. It produces specialized donuts carrying the logo of companies, such as those for Christmas gifting season.

For those holding Zoom parties with food requirements, it has the scale to deliver multiple brands in multiple locations.

“MGI is no longer just a restaurant company, but also a manufacturer, a merchant, a distributor,” the company’s new president, Ariel Fermin, says in an interview with Inquirer in late 2021.

He excitedly talks about how the Filipino restaurant chain has transformed itself, such as by embracing business-to-business (B2B) opportunities to complement its business-to-consumer (B2C) system that has served it well for over seven decades. Although still in start-up phase, the B2B segment contributed about 5 percent to total business in the past year. And it’s a promising business that requires less physical interaction but leans more on machinery and logistics backbone.

As people tend to dine out less and cook more more at home these days, MGI also started selling some of its popular food items as ready-to-eat meals in supermarkets. Consumers can now buy Max’s fried chicken, Dencio’s sisig or frozen Yellow Cab pizza in SM and Waltermart and just reheat them at home.

The food delivery and takeout businesses have carried the weight of the entire group two years into pandemic, thanks to Yellow Cab and Krispy Kreme brands, which helped MGI revert to profitability in 2021.

There is no denying the hefty cost of the pandemic.

But by boosting its delivery and takeout businesses and creating more revenue streams, such as from B2B initiatives, MGI is cautiously optimistic even assuming that the public health crisis will last for years to come.

Prior to the pandemic, delivery accounted for just 10 percent of its business, although in the case of Yellow Cab, it was already two-thirds of the brand’s business back then. Dine-in business used to account for 60 percent, takeout 20 percent and bulk orders 10 percent. These days the delivery business has doubled in value, contributing about a third of MGI’s total business. Takeout and dine-in operations now account for a third each.

Despite MGI’s revenues still running at just 55 to 60 percent of pre-COVID levels, Fermin notes that MGI’s margins have gone closer to levels last seen in 2019 as the company unlocked more operating efficiencies.

MGI’s key strategy is to ensure that the decline in fixed costs will outpace any dip in revenues. As such, MGI has reduced its breakeven point to 60 percent of 2019 levels.

“It allowed us to survive and hopefully flourish in this new order,” says Fermin.

Belt-tightening measures unlocked operating efficiencies. For a mall-based store, for instance, MGI used to have 37 people working in two shifts. These days, only 12 people can run the same outlet, given existing capacity limits.

“When dine-in comes back, will it go back to 37? The answer is no, because we’ve reconfigured our manpower and computations,” he says.

When the pandemic first erupted in 2020, Fermin recalls that the first thing that MGI did was to take care of its people. “The instruction was [for them] not to do anything heroic; stay at home because we didn’t really understand yet what the virus was all about,” he says. There was a time that operations had to shut down.

MGI also ensured then that its people would have enough funds for the coming months.

Eventually, MGI had to let go of some employees to stay afloat, but some remained to serve in different capacity, such as becoming product distributors.

The group also took care of its franchisees as well as the communities, such as by donating 100,000 meals to medical front-liners in more than 50 hospitals.

By consolidating its commissaries, MGI was able to save on rental fees, thereby cutting fixed costs considerably.

Outside of its four core brands—Max’s, Yellow Cab, Pancake House and Krispy Kreme—MGI has other brands that are produced in so-called cloud kitchens or sites without dine-in capacity and are exclusive for delivery options. These are Teriyaki Boy, Sizzlin’ Steak, Dencio’s and Jamba Juice. Selected stores of the four core brands now function as cloud kitchens of the other brands.

“When we closed our stores or doors, the equipment that we got from the closed stores, we put them in the mother stores,” says Fermin.

When MGI puts together the equipment of key brands, the overlap is about 95 to 100 percent. “It’s the same fryers, the same oven. So you can do a pan chicken inside a Yellow Cab fryer,” he says. “So what happens is asset utilization goes up, same store sales go up, flow-through is higher.”

A mother store that doubles as a cloud kitchen can lift average daily sales by 10 to 15 percent, Fermin notes.

Of course, not every store can host a cloud kitchen, based on optimal radius especially in urban settings. Out of MGI’s 600 stores, Fermin estimates that 100 to 150 could be transformed into cloud kitchens. Some 50 have been harnessed so far.

The cloud kitchen model is something that MGI can franchise as well as an add-on business to existing franchisees in select locations.

And speaking of franchising, MGI has developed a new store model that is smaller in footprint: about 150 square meters (sq m) compared with 200 to 225 sq m previously.

As 90 percent of future store openings will be franchised, this means that a smaller store—without function rooms but with al fresco space—will cut down investment cost for franchisees by 30 to 50 percent.

“You could build a store and be my franchisee for less than P10 million across all brands,” he says.

With the heightened demand for al fresco space, about 222 of MGI’s standalone stores have been reconfigured.

The idea is to follow the “accordion” model, he says.

“If market says it’s ready for dine-in, we can just enclose it,” he explains.

In preparing its budget for 2022, MGI is cognizant of forecasts that it may take until late 2024 to 2025 for food retailing to return to prepandemic levels.

“What it means to us is— it just makes us prepare for the worst … But we’re more than ready when the market is ready,” he says.