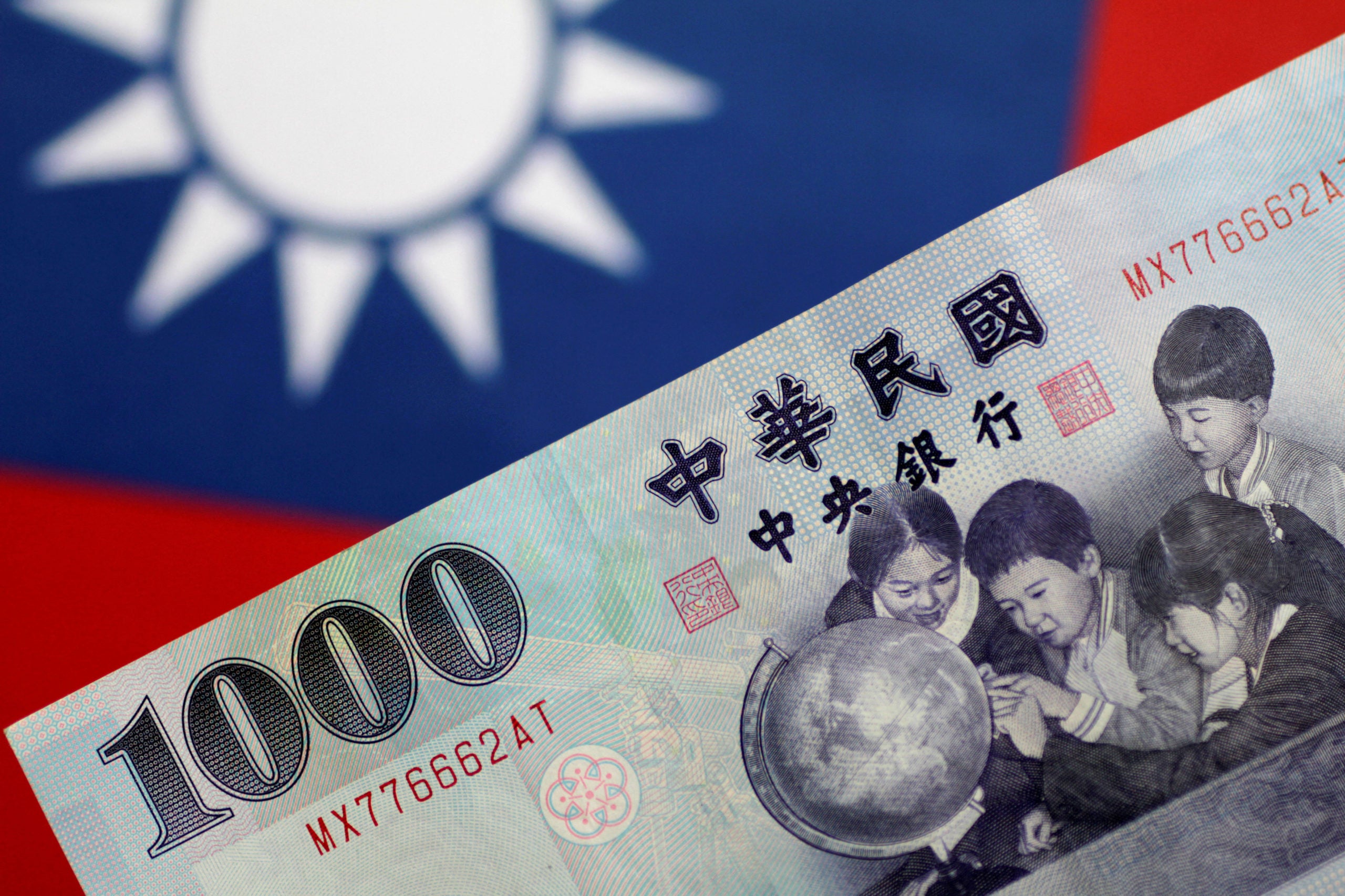 A Taiwan dollar note is seen in this illustration photo May 31, 2017. REUTERS/Thomas White/Illustration

The open-tender bidding process for asset managers seeking to be involved in the Bureau of Labor Fund’s mandate will commence in the first quarter of the year, Liu Liju, deputy director-general at the fund, told Reuters in an interview.

The fund has Taiwanese $5.5 trillion ($199 billion) worth of assets, with around half of it invested in offshore markets, and currently, global asset managers including BlackRock Inc, Fidelity Investments, and PIMCO manage the assets.

“Climate change is an ongoing process no one can ignore,” Liu said. “We have seen many making commitments by words, we are putting money where our mouth is.”

Japan’s Government Pension Investment Fund in 2018 allocated 1.2 trillion yen ($10 billion) to underlying companies covered by two S&P carbon-efficient indices, but it hasn’t yet tapped external managers for a climate mandate to be run on its behalf.

Selected managers of the Taiwanese pension fund mandate are expected to deliver an additional 0.5% annualized return on top of the performance of a climate index, Liu said, adding the pension fund will likely refer to MSCI ACWI Climate Paris Aligned Index for benchmarking purposes.

All portfolio companies to be picked by the global asset managers are required to be index constituents.

A slew of pension giants armed with trillions of dollars of retirement capital in Europe and North America have introduced drastic policies to seek alignment with the 2015 Paris climate change agreement amid the pressure of worsening global warming dangerously close to spiraling out of control.

Britain’s biggest corporate pension fund, BT Pension Scheme with 55 billion pounds ($71 billion) in assets, announced in October over time all of the investment mandates it awards to asset managers would be aligned with the goal.