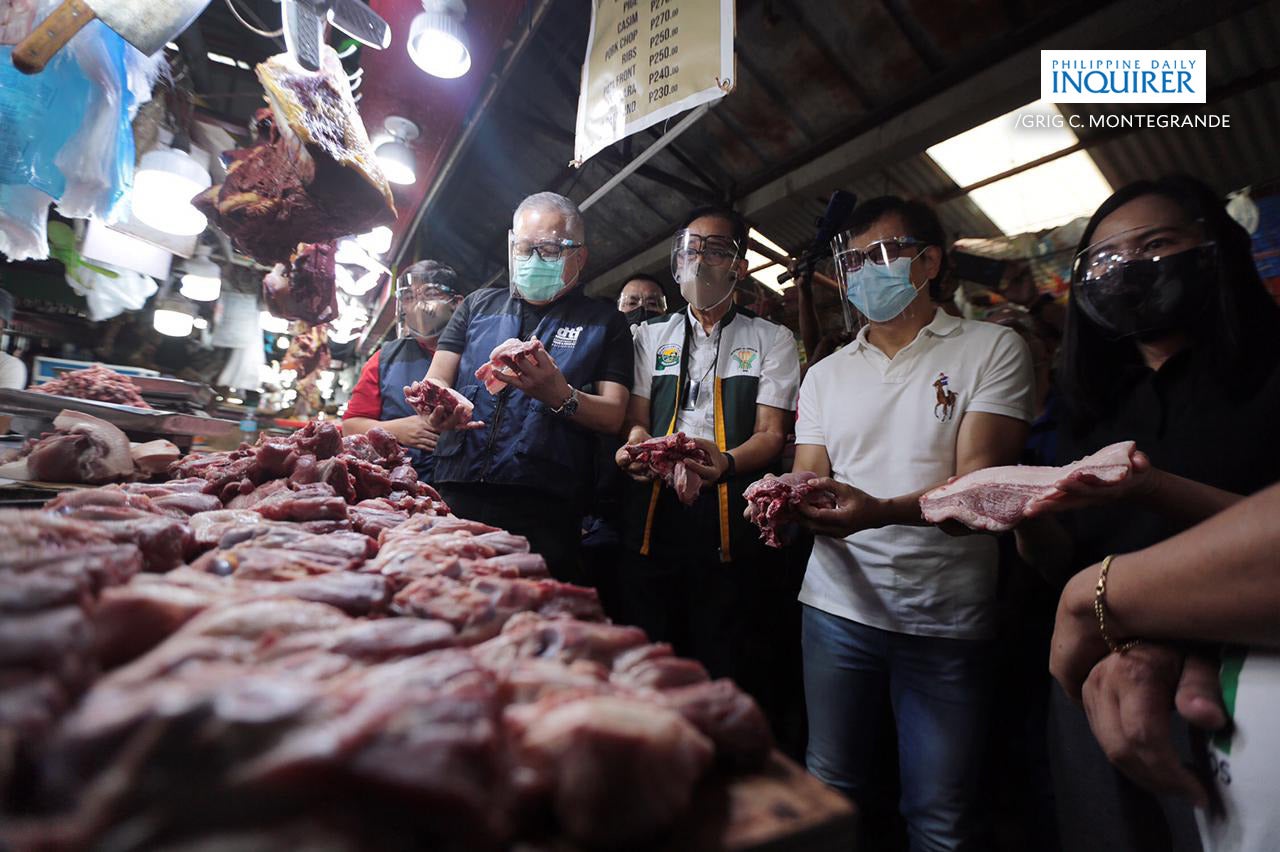 These revenue losses were higher than the P3.3 billion in duties that the Bureau of Customs (BOC) collected from pork products, which also enjoyed a lower import quota, the DOF said in a statement.

Executive Order (EO) Nos. 128 and 134 issued by President Rodrigo Duterte had set reduced tariffs for pork imports covered by bigger minimum access volumes (MAVs) since April. EO 134, which superseded the preliminary EO 128, will be implemented until May 2022.

Citing a BOC report to Finance Secretary Carlos Dominguez III, the DOF said 214 million kilograms of imported pork entered the Philippines from April 7 up to Dec. 10, 2021.

Despite ramping up pork importation, the state planning agency National Economic and Development Authority (Neda) had estimated a supply deficit of 155,500 metric tons (MT) by this year’s end.

Dominguez had said he was amenable to Neda’s proposal to extend until next year EO 133, which jacked up the pork meat MAV to 254,210 MT instead of only 54,210 MT of imports this year.

Elevated pork prices came on the back of supply constraints caused by the African swine fever 9ASF) outbreak which reached the country’s shores late last year.