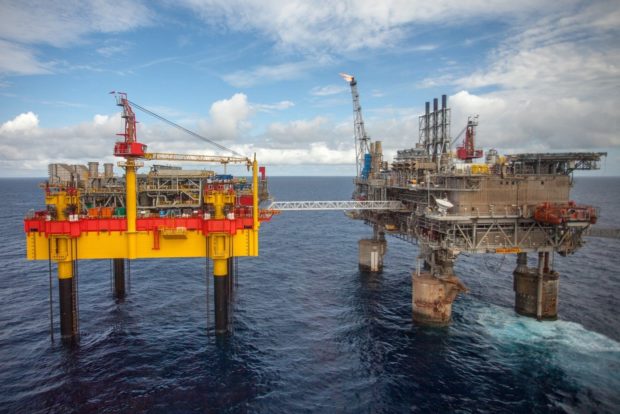 MANILA, Philippines — The Philippine National Oil Company-Exploration Corporation (PNOC-EC) is withholding its consent on the sale of Shell’s stake in the Malampaya gas project.

PNOC-EC head Rozzano Briguez made this revelation on Wednesday during the hearing of the Senate committee on energy, which is inquiring on the controversial sale of Malampaya to businessman Dennis Uy’s Udenna Corporation.

“As of 13 December 2021, PNOC- EC has officially communicated to SPEX (Shell Philippines Exploration B.V.) that PNOC-EC is withholding  its consent to the transaction,”  Briguez said.

Without PNOC-EC’s  consent, Senator  Sherwin Gatchalian, chairman of the committee, then asked if  Shell  could still  sell its 45-percent share to Udenna’s group.

“We don’t have any idea on that. But it depends  on the operator, how the operator moves forward,”  Briguez said.

“Mr. chair,  we don’t know, we can’t enforce  that as of now. We  don’t know how the operator will move forward from here but I think it’s enough that we told  them that we’re withholding our consent on the sale just last Monday,” the PNOC-EC chief answered.

Briguez also begged for understanding when Gatchalian asked the reasons behind the PNOC-EC’s decision. The state-run oil company also holds a 10-percent stake in the Malampaya project.

“I’d just like to request po to beg the indulgence of the committee that I’d be given a chance to refrain from answering the question since we only gave the notice of withholding the consent to the operator two days ago,” he said.

“And out of respect and deference to the other parties, we beg the committee’s understanding not to disclose the reasons behind our decision as of the moment because our other partners and our stockholder have to be informed first,” Briguez further said.

Gatchalian surmised that with the PNOC-EC’s withholding of consent, the Malampaya deal will no longer push through.

“Without the consent of PNOC-EC, we will not be able to proceed with completion at the moment Mr. chair,” Caral said, still responding to the senator’s query.

He admitted that they were “very disappointed at the outcome of the decision of PNOC-EC.”

“However, we will continue to engage with them to find out if there’s anything that we can do to address the concerns that might have led them to this decision,” Caral said.

Energy Secretary Alfonso Cusi also conceded they could not proceed with the evaluation of the transaction if there is no consent by parties involved.

“What’s the purpose of continuing evaluation if there’s no consummation or there’s no consent by the parties?” Cusi said, responding to Gatchalian’s question.