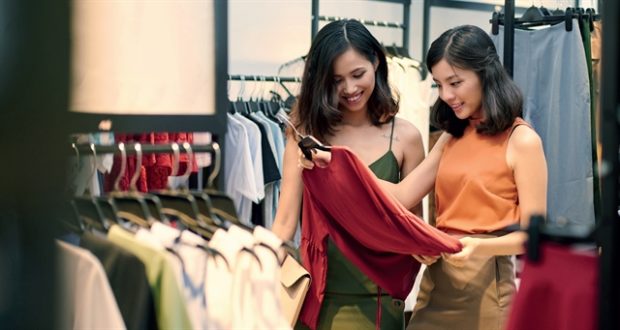 Over the next decade, 36 million more consumers may join Việt Nam’s middle class, defined as consumers who spend at least US$11 a day in purchasing power parity terms. — Photo courtesy of the firm

HANOI — Vietnam is expected to add 36 million people to its middle class by 2030, according to a recent report by McKinsey.

The report “The new faces of the Vietnamese consumer” said that in the next decade, Vietnam’s middle class was expected to continue to grow, spreading out geographically and becoming more diverse.

Powered by continued investments in its manufacturing sector, dynamic foreign direct investment and rising productivity, Vietnam has been a consistent outperformer in Asia.

Vietnam is well positioned to be a significant driver of the next chapter of Asia’s consumption story. Over the next decade, 36 million more consumers may join Vietnam’s consuming class, defined as consumers who spend at least US$11 a day in purchasing power parity terms.

This is a major change. In 2000, less than 10 percent of Vietnam’s population were members of the consuming class, which has risen to 40 percent today. By 2030, this figure may be close to 75 percent.

The two highest tiers of the consuming class (those spending US$30 or more per day) are growing the fastest and may account for 20 per cent of Vietnam’s population by 2030.

“Urbanization is an important contributor to income growth. Vietnam’s urban population is projected to surge by 10 million over the next decade as the share of the country’s urban population rises from 37 percent in 2020 to 44 percent by 2030,” the report said.

“Cities are likely to be Vietnam’s engine of growth, contributing roughly 90 percent of all consumption growth over the next decade. The story of Vietnam’s urbanization has often been centered around the populous cities of Hanoi and HCM City, with each city home to more than 10 million people and most of Vietnam’s middle class. However, our analysis finds that over the next decade, sources of urban consumption are likely to spread to smaller cities, including Cần Thơ, Đà Nẵng and Hải Phòng.”

If the experience of other Asian markets holds true in Vietnam, the declining size of households may lead to new types of demand, including smaller homes, increased ownership of pets and new forms of entertainment.

Vietnam remains a young country overall, with a median age of 32 in 2020. However, the number of people aged 60 and over is projected to increase by 5 million; seniors could account for more than 17 percent of Vietnam’s population by 2030.

Spending by seniors is expected to triple in the next decade, growing at more than double the rate for the population as a whole.

So-called digital natives born between 1980 and 2012, including members of Generation Z and millennials, are expected to account for around 40 per cent of Vietnam’s consumption by 2030.

Members of this digitally savvy generation live online and on their mobiles. Almost 70 percent of Vietnam’s population in 2020 are internet users. Rapid digitization is changing the daily channels and communication methods used by Vietnamese people, particularly in e-commerce, where regional players, such as Shopee and Lazada, and local players such as Tiki, are active.

The rapid emergence of digital consumers has fuelled innovation in retail and purchasing behavior.

Vietnam and the Philippines: A study in contrasts