Circumnavigation of faith and food 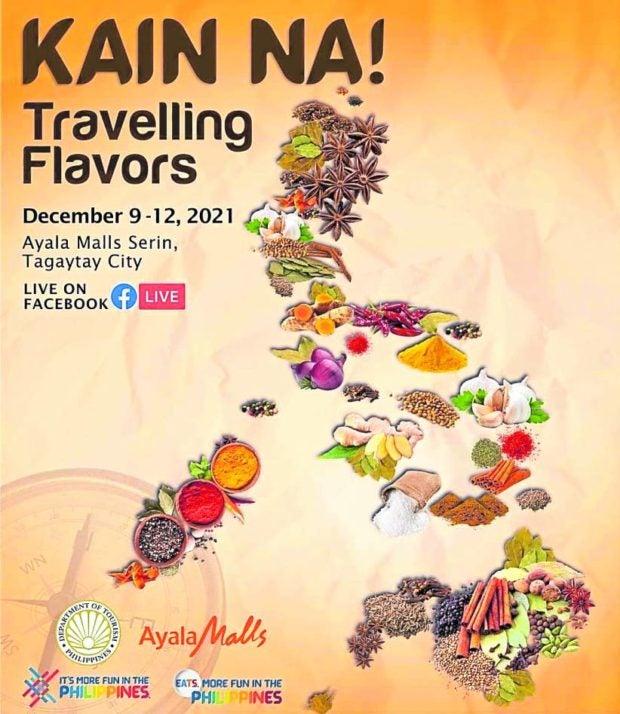 In Oslo, Maria Ressa accepted her Nobel Peace Prize. While the title of the award says peace, her acceptance of the award represented justice for journalists everywhere who will refuse to be shut down or shut up.

In Israel, Marian Rivera is a judge for the Miss Universe pageant. While this is traditionally referred to as a beauty pageant, I like to think that this platform has evolved to represent women empowerment and leadership.

In Bahrain, Cardinal Luis Antonio Tagle, as Prefect for the Congregation of the Evangelization of Peoples, was presider for the consecration of the new Cathedral of Our Lady of Arabia on Dec.10. While he is the face of faith, I like to think that at this event he was the face of peace, as a home to Christians was celebrated in a predominantly Muslim country.

In Paris, Chef Myke “Tatung” Sarthou received not just one but two Gourmand World Cookbook Awards. “Simpol The Cookbook” won in two categories: Celebrity Chef—World and Easy Recipes at Home. While this is a ‘simpol’ cookbook, it represents the creativity of Filipinos in the culinary field, a new spectrum of flavors for world gourmands and gourmets to discover and enjoy.

We have come a long way as Filipinos since we were “discovered” by Ferdinand Magellan and that first crew who really became our first publicists and promoters to the world. As the theme of 500 Years of Christianity goes, from the Philippines being a target for mission, we are now the ones shining our light around the world. And in various fields, too!

I gave a talk on this on Friday for the Department of Tourism. Entitled “The Circumnavigation of Faith and Food,” this was for the Kain Na: Traveling Flavors Expo of Undersecretary Verna Buensuceso. Here are some excerpts:

Some of you might know that this year, 2021, marks 500 years since the arrival of the Spanish explorers in the Philippines led by Ferdinand Magellan, whose expedition landed on Philippine shores on March 16, 1521. Magellan was actually a Portugese naval officer but when King Manuel I of Portugal refused to support his plan to reach the Maluku or Spice Islands by sailing westwards around the American continent, he proposed this instead to King Charles I of Spain, who accepted it. King Charles I made Magellan Commander of the Order of Santiago, one of the highest military ranks of the Spanish Empire and in 1518, he was made an admiral of the Spanish Fleet and given command of the expedition Armada de Molucca, which would sail to the the Spice Islands via South America and to gain exclusive ‘European rights’ to spices.

Magellan’s expedition comprised five ships and 265 men. Magellan, as you may know, was killed in the Battle of Mactan in Cebu in April 1521 but one ship—the historic Victoria—did make it back to Spain, captained on the way back by Juan Sebastian Elcano, becoming the first to successfully circumnavigate the world.

The first thing I realized upon my readings is that this conquest was also a creative proposal for greater access to goods for trade, i.e., to find an alternative route to the Spice Islands, known for nutmeg and cloves, which sparked interest in Europe. This is probably why Antonio Pigafetta, the chronicler who documented everything about the Magellan expedition, was so diligent in noting every agricultural product that they came across.

With Magellan was a priest named Fr. Pedro Valderrama, chaplain of the expedition. I mention this because the introduction of faith and food to the Philippines is very much intertwined. It was him who introduced the Eucharist to the natives on the first Easter Sunday mass in Mazawa or Limasawa.

This made me wonder: was there bread in the islands before the Spaniards arrived?

Let’s take a look at the Pigafetta Chronicles:

March 18, 1521. … “we saw a boat coming toward us with nine men in it” who presented: “fish, a jar of palm wine, which they call uraca [i.e., arrack], figs more than one palmo long [i.e., bananas], and others which were smaller and more delicate, and two cocoanuts (sic). They had nothing else then, but made us signs with their hands that they would bring umay or rice, and cocoanuts and many other articles of food within four days.”

On Holy Friday, the king came and gave “three porcelain jars covered with leaves and full of raw rice, two very large orade”. … “the king had a plate of pork brought in and a large jar filled with wine. At every mouthful, we drank a cup of wine.” “Two large porcelain dishes were brought in, one full of rice and the other of pork with its gravy.”

There was no mention of bread but there was mention of the Eucharistic celebration on Easter Sunday:

I interviewed the priests of Limasawa in the Archdiocese of Maasin as we celebrated 500 Years of Christianity and I asked, how did Fr. Valderrama ensure that after two years on the boat they would still have the Eucharist?

Fr. Mark Vincent Salang in Limasawa replied that it may not necessarily have been the host as we know but unleavened bread baked on site.

We don’t know if this bread-making skill had been passed on to the natives in Homonhon, Limasawa or Cebu, where the expedition of Magellan passed but it does seem to make sense that the pandesal is closest in form to the Portugese bread called Pao Alentejano prepared with natural yeast and with a slightly acidic aftertaste. It also makes sense that another similar bread can be found in Mexico, called the bolillos, probably a result of the Manila Galleon.

Elcano’s successful circumnavigation back to Spain paved the way for another expedition in 1556, this time under King Philip II. Headed by Miguel Lopez de Legazpi, this expedition landed in Cebu island on February 13, 1565. He also established settlements in Leyte, Camiguin and Bohol; with Martin de Goiti, they found the islands of Panay and Mindoro. Later, in 1570, they arrived in Manila. It was Legazpi who in fact, in 1571, ordered the construction of the Walled City of Intramuros and proclaimed it as the seat of colonial government and the capital of the islands.

An Augustinian friar, Fray Andres de Urdaneta, accompanied Legazpi and plotted an easterly route across the Pacific Ocean, from the Philippines to Acapulco that was later used as the Manila galleon trade route for more than 200 years. They recorded food from Spain that included salted pork, salted beef, some Spanish oil and wine, rice, and mung beans (a local pulse). From Mexico, we started hearing of cacao, while we exported Asian fish, such as dalag, as well as coconut wine and coconut vinegar (tuba).

Later, other orders arrived in the Philippines: the Franciscans, Dominicans, Jesuits and the Recollects. With these orders came the building of Spanish churches. Fun fact: these churches have food as their foundation, specifically egg whites, which were used by laborers as an emulsifier in the concrete to make the churches more ‘durable.’ The egg whites were used to form a kind of mortar, known as argamasa.

Even the Manila Cathedral, according to records, was sealed in 1780 not only with brick but also with a layer of lime and duck eggs. It was common knowledge that eggs combined with lime, sand, water, and a few other ingredients would make mortars.

The women, quick to see that there were a lot of egg yolks wasted, started creating recipes to make use of them. Hence, delicacies such as leche flan, tocino del cielo and yema were born.

Another famous delicacy that uses egg yolks is the panecillos de San Nicholas also called Pan San Nicolas or Saniculas – religious biscuits molded with the image of St. Nicholas de Tolentino, an Augustinian Recoleto who had the gift of healing through his blessed bread soaked in water. The San Nicolas de Tolentino Church and Convent in Bagumbayan that later moved to Intramuros was home to the Order of Augustinian Recollects until this was severely damaged by American bombing during the World War II Battle of Manila in 1945, when the Recollects transferred all operations to the San Sebastián Basilica in Manila. Here, they started the Augustinian custom of blessing and distributing Saint Nicholas bread, which in turn became the biscuit called panecillos de San Nicolas or Sanicolas, now also a well-known Pampangeno delicacy.*** We certainly learned not only about Christ but also a lot of interesting recipes from the Spaniards. This has certainly been a great blessing from the circumnavigation not only faith but also of food! And as a Filipino, I am so proud to see our kababayans beaming the Filipino brand of light and love to the world. Mabuhay!