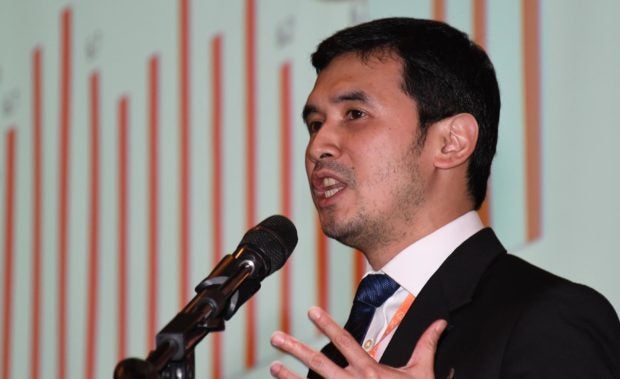 The government’s debt specter will likely be a key challenge for the next president as the COVID-19 pandemic will no longer work as a “get-out-of-jail-free” card against sovereign credit downgrade risks starting 2022.

This enlarged government debt as a ratio of gross domestic product (GDP)—which hit a 16-year high of 63 percent at end-September despite the country’s better-than-expected third quarter GDP growth—is among those keeping ING Philippines economist Nicholas Mapa awake at night.

“We’re gonna have to grow much faster to eat into the debt,” Mapa said, noting that the government would be susceptible to a credit downgrade if it won’t rein in the debt-to-GDP ratio below the critical 60-percent threshold.

But the road to recovery remains “choppy,” and the government debt that piled up during the pandemic may only constrain fiscal spending in the coming years, Mapa said.

The economist expects the Philippines to return to prepandemic productivity level by the second half of 2022, still sees a long way to go back to the prepandemic annual growth path of over 6 percent.

Prior to COVID-19, Mapa said the recipe for the over 6-percent GDP growth trajectory was to get the economy firing on all cylinders with consumption, capital formation and government spending all growing sharply.

This fourth quarter of 2021, he is expecting growth to come in at 5.3 percent.

“For the Philippines, we’ll need to see a more convincing recovery for capital formation, which in turn will take its cue from a solid string of robust consumption growth. Meanwhile, with government likely holding the reins on spending due to ballooning debt, the prospect of the [economy] firing on all cylinders doesn’t look likely, at least in the next two years,” Mapa said.

“This, of course, could still be achieved, but we’ll need to see a sustained pace of strong household spending evolve into the broad-based expansion of the recent run of growth enjoyed prior to the pandemic,” he added.

Whoever will be elected as the next chief executive of the land next year, Mapa said, would have to deal with the high debt stock, the economic scarring effects of the pandemic, and to some extent, inflationary pressures.

“But I think the debt issue as well as the scarring effects will make whoever comes in face a very challenging first whole year, or maybe the entire term,” Mapa said.

Last June, London-based Fitch Ratings issued a “negative” outlook on its BBB rating on the Philippine government. It cited downside risks to medium-term growth prospects “as a result of potential scarring effects, and possible challenges associated with unwinding the exceptional policy response to the health crisis and restoring sound public finances as the pandemic recedes.”

The outgoing administration, Mapa noted, appeared like it was willing to sacrifice spending to curb debt and hoping for a faster pace of economic recovery so that debt would shrink relative to a larger economic output.

“But it looks like quite a sizable number. We had one surprisingly good quarter that was still very base effect-induced. We saw some good improvements, but I think we’re gonna have to show that we can grow even without the base effects,” he said. INQ

Read Next
Uncertainties keeping peso weak ahead of holidays
EDITORS' PICK
Over 3 Million worth of prizes to be won at Smart Padala’s SENDali Manalo Promo!
On Day 2 of implementation, gov’t says workers now exempt from ‘no vax, no ride’ policy
Gear up and get ready to play with Yamaha Mio Gear
Acer starts the year off strong with the Aspire Vero National Geographic Edition
Metro Manila posts lowest temperature yet this ‘amihan’ season at 19°C
DOH: 28,471 new COVID-19 cases in PH; active cases now 284,458
MOST READ
Emma Stone calls Andrew Garfield a ‘jerk’ after he ‘lied’ about his ‘Spider-Man: No Way Home’ appearance
LOOK: Edu Manzano, Cherry Pie Picache enjoy Palawan with her son Nio Tria
Unvaccinated has rights but it has limits—DOJ
Retirements prompting major reshuffle in PH military
Don't miss out on the latest news and information.