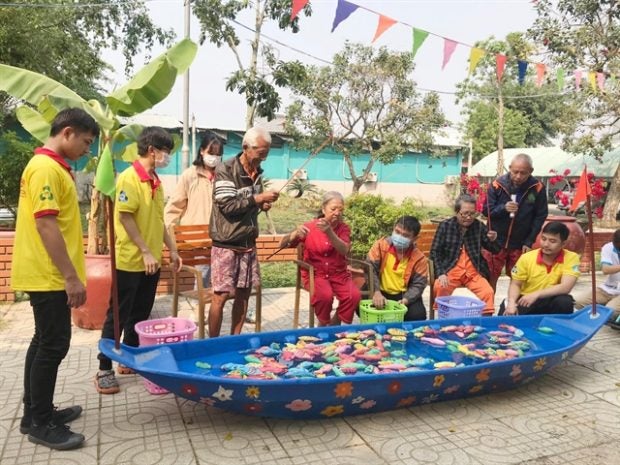 Bình Mỹ Nursing Home in Củ Chi District, HCM City is one of private elderly care centers in Vietnam, whose service market for the elderly is estimated to have 20 million “potential customers” by 2035. — Photo courtesy of the firm via Viet Nam News/Asia News Network

HANOI— Vietnam’s service market for the elderly is large with lots of potential, but is currently untapped, said experts during a forum in Ho Chi Minh City last week.

The forum aimed to mitigate the negative impacts of COVID-19 on vulnerable population groups.

Võ Tân Thành, vice chairman of VCCI and Director of VCCI Ho Chi Minh City, told the forum: “The current development of service industries for the elderly has not met the increasing and diverse needs of this group.”

Attending the forum with about 100 domestic and international representatives, Naomi Kitahara, the United Nations Population Fund – UNFPA Representative for Vietnam, said the forum was significant and showed that the participation of businesses in the care industry for older persons was limited.

Attendees aimed to promote the private sector’s participation in the development of services for older persons amid the pandemic and the new normal context in Vietnam.

According to a Report on Market Outlook for Elderly Care Service in Vietnam presented at the forum, Vietnam’s service market for the elderly is very promising, with 20 million “potential customers” by 2035.

The report notes that as an extremely valuable intellectual and experience pool, the elderly are an important asset contributing to the development of the country. The elderly are also a crucial driving force for a special emerging market, which can generate good sales, income and jobs for society.

Naomi Kitahara said: “While the virus spreads among persons of all ages, older persons and those with underlying medical conditions are at increased risk of developing severe conditions and having higher death rates. Meanwhile, Vietnam’s population aging is progressing fast and the country will transition from “aging” to “aged” society by 2036. While this presents implications on the need for care and support for the elderly population, it can also present a business opportunity for the care industry.”

Minister Okabe from the Japanese Embassy told the forum: “Japan shares the same trend of population ageing and low fertility, and a lot of private sector businesses, many of which are very unique and innovative, have developed in the past decades to provide care and services to the elderly population. The Government of Japan is honoured to support UNFPA and VCCI to engage the businesses in dialogue with policy makers, particularly with regards to the Government’s policies for the care industry.”

Considering the elderly care industry as the potential market, the forum explored the current situation of the industry, in which businesses asked policy makers for policies to maximise the opportunities resulting from population ageing.

Thành, from VCCI, said the business forum constituted a timely intervention, especially when HCM City and many other provinces and cities across the country were impacted by the fourth wave of COVID-19, causing negative effects on the country’s socio-economic development.

He mentioned several factors which can hinder further development of the industry. They include under-developed infrastructure, lack of incentive policies to encourage the private sector to invest, limited financial and human resources as well as unavailability of technology.

Bùi Thị Ninh, director of the Bureau of Employers’ Activities (BEA), said due to better incomes, the demand for elderly care was increasing in Vietnam.

Ninh said despite the potential, the policies for the industry had not yet encouraged investors to join in development.

Bùi Anh Trung, director of Bình Mỹ Nursing Home in Củ Chi District, HCM City, said: “There are lots of risks and complicated issues in the elderly care industry but there is mostly no legal basis for it.”

Thành added there were no effective service models in line with the culture of the Vietnamese people while communications strategies and activities needed to be more effective to make older Vietnamese persons change their attitudes and practices.

Thành said the forum was an opportunity for stakeholders to discuss and create a breakthrough in this important industry.

Attending the forum, participants included managers from foreign-invested enterprises, local companies and manufacturers as well as Japanese companies. There were also representatives from international chambers of commerce, including JCCI, KoCham, AmCham, and EuroCham, and economic officers of international consulates.

The Ministry of Labor, Invalids and Social Affairs estimates that there are around 4 million older persons who require daily care in 2019, and the number will increase to around 10 million people by 2030.