Is it time to phase out paper bills? | Inquirer Business
Close
menu
search

Is it time to phase out paper bills? 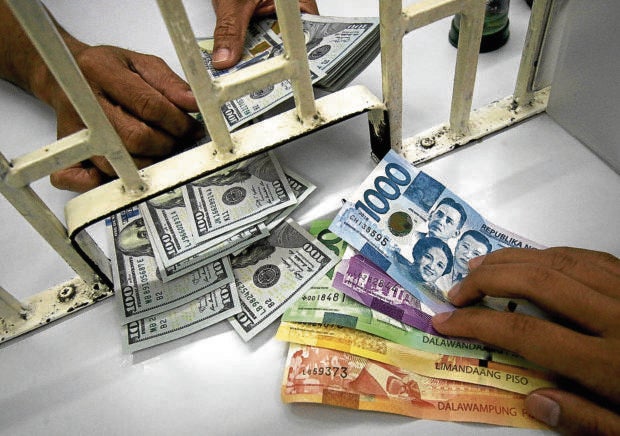 MANILA, Philippines — Tracing the country’s use of currency reflects a rich history from ancient Filipinos’ use of cowry shells to the introduction of coins and paper bills.

Through the portraits, landmarks, and designs that were carefully curated and printed into the Philippine legal tender, money has been a way for the country to tell its story even to tourists who exchange their own bills for ours.

It is therefore not surprising that the Bangko Sentral ng Pilipinas’ (BSP) recent announcement to replace paper bills with polymer struck a chord among abaca farmers who have been supplying the fibers blended into Philippine banknotes.

Known to be the strongest type of plant fiber in the world, even Japanese yen notes are 30-percent made of abaca.

“It does not matter how big or how small is the volume of abaca fibers required by the BSP,” said Kennedy Costales, director of the Philippine Fiber Industry Development Authority (PhilFida). “It is the pride, joy, and bragging right of this precious abaca fiber commodity that only the Philippines possesses.”

The BSP’s plan to forego paper bills was driven by public concerns, it said in an e-mail exchange with the Inquirer.

“[S]ince the start of the COVID-19 pandemic, sanitizing frequently touched objects, including banknotes and coins, has become a widespread need among members of the public. Second, while the Philippines does not have a major counterfeiting problem, crime syndicates keep improving their techniques in counterfeiting the … banknotes that are in circulation. Third, given the increasing scarcity of water, energy and other inputs, the production of our banknotes can be made more sustainable,” said the local monetary authority.

To test the waters, the BSP is already preparing for a limited circulation test of a polymer version of the 1,000-peso note. This is to assess whether the benefits claimed by other central banks will also hold true in the Philippines and if Filipinos would be open to handle a new type of money.

To date, there are over 20 countries that are using polymer banknotes. While they represent less than 10 percent of all the currencies in circulation worldwide, it has been a growing trend as polymer offers more complex security features than paper.

The use of holograms will allow the central bank to print more intricate images that will make the bills harder to counterfeit.

Based on the central bank’s research and knowledge exchange with other central banks, the use of polymer banknotes is less likely to propagate and transmit viruses and bacteria due to their nonabsorbent surface. Unlike paper bills, polymer banknotes can be sanitized without damage. They are also water- and dirt-resistant, more conducive to wet market conditions, and can withstand extreme temperatures. That’s good news to people—and there are many all over the world—who have picked up the habit of sanitizing their money during this pandemic.

Polymer banknotes are also said to have a smaller carbon footprint since they last at least 2.5 times longer than paper banknotes. According to the BSP, the life of a Philippine legal tender ranges from 0.8 to 1.8 years depending on the denomination and usage. Unlike paper bills that must be shredded or burned after exhausting their life span, polymer notes can be recycled.

But the shift, of course, also has its drawbacks.

Unlike paper banknotes, polymer bills can get sticky when wet and thus, may be relatively less comfortable to hold, fold, count and transfer. Jeepney drivers and bus conductors who have the old habit of folding bills between their fingers may be disappointed with the new notes. Its slippery surface also allows the notes to easily slide, unnoticed, out of someone’s pocket.

The shift to polymer will also incur additional costs for the government and the banking sector as it requires new sorting machines and automated teller machines—which some may find to be a frivolous expense as the economy is just starting to recover from the blows of the pandemic.

The limited test circulation alone will require machine-testing, technical training for bank personnel and consultations with machine suppliers and the banks, according to the BSP.

For the Department of Agriculture (DA), the issue of changing the material of Philippine bills runs deeper than practicality. The use of abaca, after all, is part of the Filipino identity.

“Having abaca as a component of our paper money is a great source of pride among Filipinos as it is indigenous to the Philippines,” said PhilFida’s Costales. “[We are] also in support of the numerous abaca farmers and their families who are dependent on abaca for their source of livelihood.”

While abaca is now being cultivated across the world, it is said to have originated in the eastern part of the Philippines, particularly in Bicol where it remains a major commodity for export. It continues to be the lifeblood of many Filipino farmers in the region, where 35 percent of the country’s abaca output comes from.

Ambeth Ocampo, a known historian who was an adviser of the BSP’s Numismatic Committee, is more pragmatic about the shift.

“Invoking culture or heritage to protect abaca complicates what should be a rational decision,” he said in an e-mail exchange with the Inquirer. “We are not the only country that uses abaca for paper or other purposes. Perhaps, the DA and the Department of Trade and Industry should look into other markets and other uses [of abaca] so that the BSP will not have its hands tied in choosing the best economical material for our banknotes. Let’s revisit the issue after the experiment. Who knows what the public’s response will be?”

This is not the first time that the use of polymer has been considered as new material in manufacturing banknotes. In 2014, the same proposal was made by the BSP but that was opposed by then Sen. Manuel Villar. The lawmaker issued a Senate resolution primarily to protect the abaca industry.

Ocampo said such resolution may not be as relevant now, adding that this would “depend on the cost-benefit ratio of shifting from the abaca-cotton blend banknotes to the polymer.”

For the local central bank, the shift to polymer may also bode well for the local abaca sector, as this may allow producers to capture a growing international market.

According to Philfida, Filipino abaca growers face an annual deficit of 150,000 metric tons as their products are being processed into several materials abroad—from tea bags to clothing to baskets, and more.

While the limited polymer test is expected to displace around 0.1 to 0.2 percent of equivalent abaca exports, this may be redirected to the country’s top abaca importers—the United Kingdom, Japan and Spain.

The popularity of this crop enables the industry to contribute P4.7 billion to the economy annually. The local industry supplies 86 percent of the world’s abaca requirement notwithstanding the limited support it is getting from the national government.

Demand for its fibers further swelled during this pandemic as it is the preferred material to manufacture medical-grade clothing like masks, shoe covers and protective personal equipment.

Ultimately, the shift will be determined by how Filipinos will perceive the new notes.

But to view and feel the polymer bills, you must acquire one of those 1,000-peso notes in limited circulation—before the collectors beat you to them.