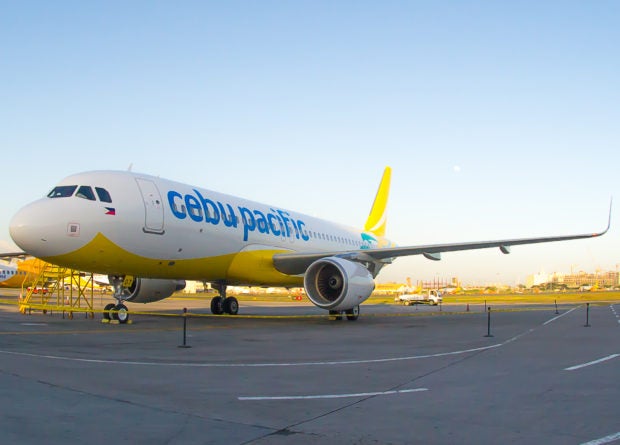 MANILA, Philippines—Publicly-listed Cebu Pacific reported a surge in its third quarter sales as the number of flights rose due to eased travel restrictions, but foreign exchange losses from a weak peso also pushed its bottomline deep into the red.

In a statement, the Gokongwei family-controlled airline said it posted revenues of P3.25 billion for the third quarter, representing a 62 percent increase from same period in 2020, with flights increasing 69 percent to 7,271.

Passenger revenues surged to P1.31 billion—or 246 percent—on the back of a low base in the third quarter of 2020 when Cebu Pacific restarted its operations after an air travel suspension which lasted for most of the prior quarter.

Despite the increase in flights, Cebu Pacific’s operating expenses for the third quarter grew only 7 percent at P9.4 billion, narrowing its operating loss to P6.15 billion from P6.74 billion in the same period in 2020.

The airline incurred foreign exchange loss of P1.77 billion in the third quarter versus a P963 million gain in 2020, primarily from the higher peso translation of its US dollar-denominated liabilities this year.

This deepened the company’s net loss to P8.20 billion, versus a P5.54 billion net loss incurred in the same period last year.

Similar to the second quarter, the National Capital Region and several provinces continued to implement various travel restrictions as COVID cases increased along with overall risk aversion to the Delta variant.

Metro Manila and nearby provinces were placed on tighter lockdown until mid-August, then easing slightly until mid-September, before relaxing after that.

“Notwithstanding these extended restrictions, Cebu Pacific flew 704,000 passengers in the third quarter, 10 percent higher than the second quarter,” the company said.

“More recently, with COVID case counts and positivity rates decreasing to levels seen in February 2021, Metro Manila has recently de-escalated to Alert level 2, setting the stage for a stronger demand recovery,” it said.

Cebu Pacific has flown nearly two million passengers from January to September on 21,549 flights. It operates the widest domestic network in the Philippines covering 33 destinations, on top of its 10 international destinations.

It ended the third quarter with a 73-strong fleet—one of the youngest in the world —which included two dedicated ATR freighters and one A330 freighter.