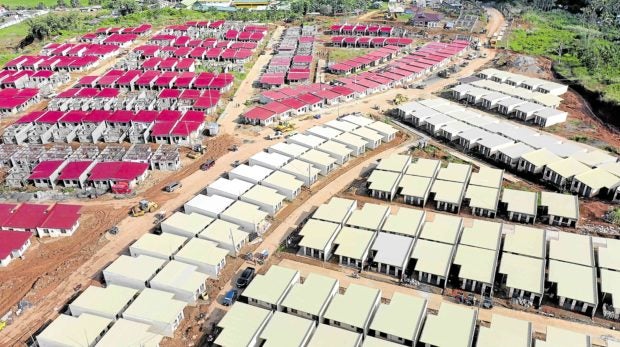 Rehabilitating war-torn Marawi City is not only about reconstructing public infrastructure like road networks, marketplaces and school buildings, or simply restoring water and electricity. It is, more importantly, about rebuilding the lives of thousands of internally displaced persons (IDPs) and relocating them and their families in safe, decent housing communities.

The Task Force Bangon Marawi (TFBM) has been focusing on the completion of the rehabilitation initiatives, specifically, on building permanent shelters. In coordination with the Marawi City government, we have identified about 2,800 IDP families living in the danger zones, along the banks of Agus River and Lanao Lake. Hence, we deemed it necessary to relocate them in housing projects that are safe, livable and sustainable.

Spearheaded by the National Housing Authority, Social Housing Finance Corp. and in collaboration with the Marawi and Lanao Del Sur LGUs, the Government of Japan and UN Habitat, we have identified five permanent shelter project sites in Barangays Kilala, Gadongan, Dulay West, Dulay Proper and Patani. These are on top of three housing projects of the Bangsamoro Autonomous Region in Muslim Mindanao.

In total, we are targeting to build 2,776 permanent housing units to accommodate the validated IDPs—mostly informal settler families, displaced during the five-month siege laid by Daesh-inspired Maute terrorist group in 2017.

As of October this year, 657 units have already been built, 620 of which are now occupied by IDPs. Other units are now in various stages of completion and will be ready for occupancy by February 2022—ahead of our commitment to finish all major infrastructure within the term of President Duterte. Earlier, we have reported about 80 percent completion of all other public infrastructure projects.

The government gives the house-and-lot packages for free. Constructed in a subdivision setting, the units are either single detached or two-story, with two or three bedrooms. Each unit features basic facilities, and has a floor area of 42 sqm while the lot size starts at 70 sqm. There are also provisions for water and power services.

To ensure the occupants’ safety, we selected only the most suitable resettlement sites. Upon settling in, our Maranaw brothers and sisters can now proudly say they have a house of their own with dignity.

I led the awarding of 250 permanent shelters on Oct. 15 as a highlight of the fourth anniversary of Marawi City liberation which was graced by President Duterte himself.

We are delighted with the testimonies coming from the IDPs. For instance, Norsaide F. Dali, an IDP-beneficiary whose residence was totally wrecked during the conflict, thought the provision of housing for them was a “scam.” Literally receiving the key to his dream house, he realized that the news is true—the government truly cares.

It is a great privilege to see how the Maranaws appreciate the national government’s efforts to bring back normalcy and help them rebuild their lives. Behind their smiles were hopes for a better, safer and brighter future. As American architect William Krisel said, “a house is more than just a shelter; that it is a way of improving your way of life.”

Surely, we will be offering a fresh, positive start to our Maranaw brothers and sisters with these permanent shelters they can now call their own.

As I have been saying, we envision the rehabilitation of Marawi City to be a catalyst for sustainable economic growth, a model of good governance and a template for lasting peace. Now, I am optimistic that we have laid out the clear path towards this end—a better, safer and resilient Islamic City.