Sharing spaces with the unseen 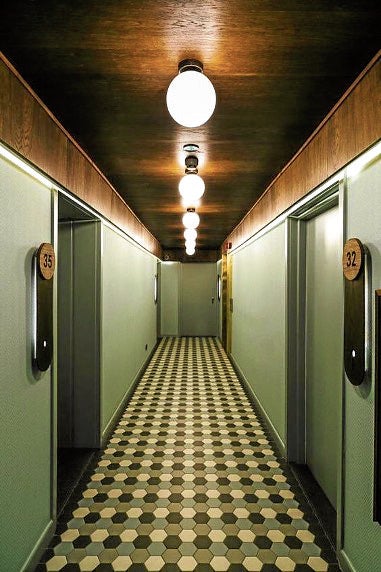 Hallways and corridors are another favorite area for ghostly sightings, probably because their length can accommodate an eerie play of depth and distance. —PINTEREST

Remember the film “The Others”? The Hollywood interpretation of the Spanish film “Los Otros,” which was set post-World War II and starred Nicole Kidman as Grace, the protective mother living with her children in a beautiful English manor that was beset by hauntings, with strangers showing up unexpectedly, as if they owned the house. Well, it eventually turns out that they did.

Ghost stories thrill us to no end, and largely because we are conditioned in our Catholic upbringing to believe in the afterlife, in the concept that the souls of the departed outlive their bodies, and dwell in either heaven, or hell, or among us. In books and movies, hauntings happen mostly in homes, in the spaces closest to us and to people’s hearts. These are the spaces where our earthly activities happen in the company of those we love.

Often there are sightings of ethereal figures or the souls of the departed, but at other times, they may be present in the form of other entities, elementals or even as paranormal activity.

In the work that we do as architects and designers, we’ve had our fair share of ghost stories. 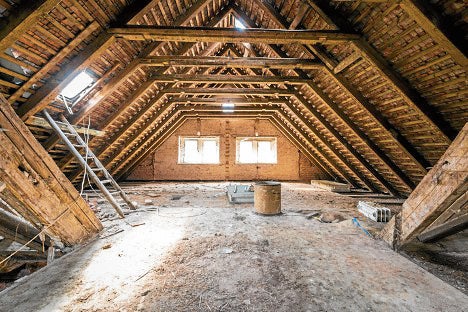 Attics are the classic spirit spaces, because their contents usually carry the ‘energies’ of its past use or user. Keep it bright and allow some ventilation to discourage habitation.

I remember an old house we renovated in a popular mountain resort area that was empty for a long while before this new owner took possession of it. During renovations, none of the contractor’s workers would go into the basement alone, for they claimed the doors moved. They narrated that the dismounted door panels that were set against the walls while being repainted moved forward, defying gravity. Then there were stories of the “dark man” in the master bedroom who liked to roam the space, often sitting on the bed, and occasionally visiting the walk-in closet.

One day I went into the room, and in my mind, asked Mr. “dark man” to leave everyone alone, declaring that the work would be done soon and it would be quiet for him once again. The door slammed. Was there any wind? I’m really not sure now, but I definitely remember being scared as hell while standing calm and pretending that I was the authority in that room. I held my space and my composure until fortunately, the site engineer came into the room to discuss some issues.

Then there was that one leisure facility, with a bar and cellar under a staircase, where upon entering, one could feel the cold. It was always empty, and the facilities around it had an eeriness to them. The structure was nearly a century old and many of its original elements were left untouched. 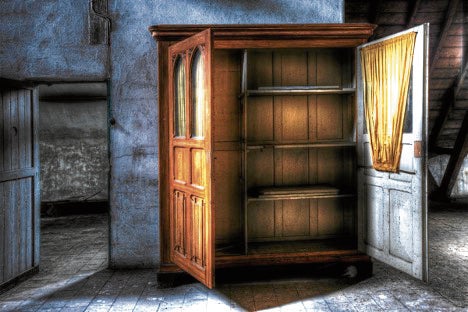 Storage spaces are said to harbor energies, whether souls or elementals, sp keep them filled and in good use.—ONLYHANGERS.
COM

One early morning, as the construction progressed in 24-hour shifts to complete the work before Christmas, a couple was seen in that area. The woman was decked in a “roaring twenties” pearl-and-lace outfit—many years before the vintage trend set in a few years back– while the man was in a tuxedo. They disappeared in a few seconds. It was four in the morning, there were no social functions that night, and there was only one way out from where they were. The guards hadn’t seen them and they didn’t show up in the CCTV. But they did register in a photo, unintended, in a separate appearance on another day, as the site manager was snapping progress photos for the next day’s meeting. I saw the photo and kept a copy. But the workers never saw the couple again.

Then there was that one property we were designing a house for, with a mango tree where the neighbor’s drivers claim their dogs barked at often, because someone “lived” up there. The house we designed got built, but the stories of the man in the tree caught on to the helpers, and any stubborn illness like a strong flu or a sprained ankle was attributed to the power of the man up the tree.

The homeowners though, have never experienced this other entity in their home. “I just talk to him and tell him that we can protect each other–we won’t touch his tree, but in exchange, can he please watch over us,” said the lady of the house. It’s now been many years of peaceful coexistence. It’s odd to think that some of these extraordinary occurrences can happen amid our ordinary lives and everyday spaces. 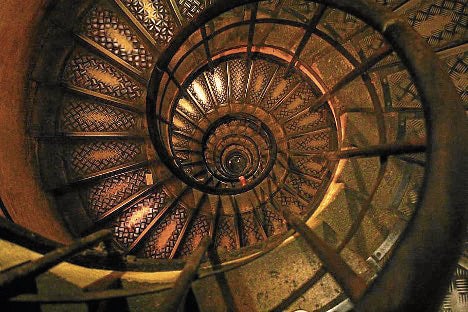 Staircases are always typecast as spaces for apparitions, perhaps because they are transition spaces with overlapping volumes and interesting void spaces.—WALLPAPERFLARE.COM

Parapsychologists say that paranormal occurrences in homes are products of unregulated psychic energy coming from the homeowners themselves, or from a family member in some form of unexpressed distress. In other cases, like in that of the home I grew up in, there could be the remaining energies of the ‘lost souls’ that never completely make the trip across the rainbow due to some pending issues that needed closure on this earthly dimension.

In our case, we had two adults and a little boy roaming the house. No one saw the little boy except for my grandfather, who called us when the boy entered his bedroom. But we’ve spotted the adults, sitting in our lanai or in the backyard. Sometimes, they were upstairs when we were all downstairs having dinner, their footsteps heard pounding heavily on our wooden floorboards.

Many people still want to believe that we live in a single dimension, where everything is logical, tangible and explainable. But there is a reason why stories like these never die. While you’d think that sharing spaces with unseen entities is not possible, think again. Just because you don’t see them, it doesn’t mean they’re not around.