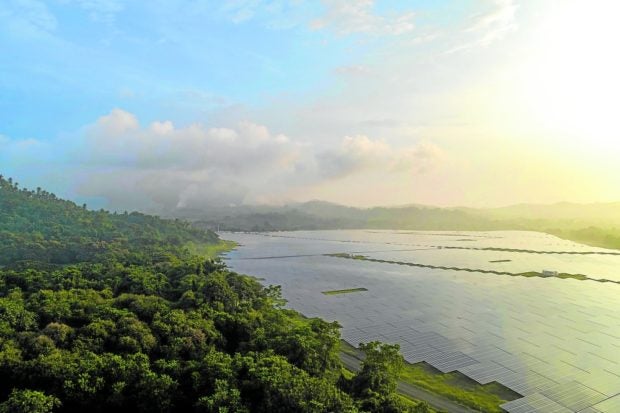 But there is no doubt that Ayala Corp., one of the largest conglomerates in the country, is well positioned to achieve it—net zero greenhouse gas emissions by 2050.This lofty ideal was announced by Ayala Corp. president and CEO Fernando Zobel de Ayala ahead of the 26th United Nations Climate Change Conference of the Parties (COP26), enabling it to better align strategies with the Paris Agreement. 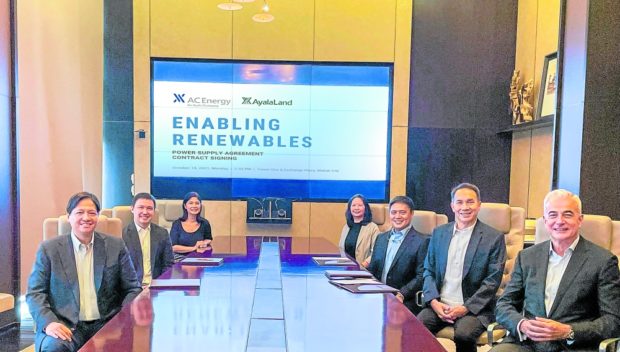 “As Ayala’s concrete contribution to the well-being of future generations of Filipinos, we are announcing our commitment to achieve net zero greenhouse gas emissions by 2050. We are aligning ourselves with the global movement for climate action as our way to help secure our country’s future from the threats brought by climate change. We believe that we have the capabilities and collective will to make this happen,” Zobel said in a statement.

It’s easy to believe that it can happen. After all, the Philippines’ oldest conglomerate has long laid the groundwork for the “decarbonization” of its companies including Ayala Land Inc., which has been driving awareness and setting an example on how an organization can take concrete actions against climate change.

To recall, Ayala Land started implementing measures to reduce its carbon footprint as early as 2008. In 2017, it boldly pledged to be carbon neutral by 2022 for scopes 1 and 2 GHG emissions from its commercial properties—making Ayala Land the first real estate company to do so. Since then, it has rolled out programs for climate action that include increased use of renewable energy; enhancement of carbon sinks or carbon forests; and protection of biodiversity in support of the country’s goal to reduce greenhouse gas emissions by 75 percent by 2030, which in turn is part of a global commitment to address climate change. 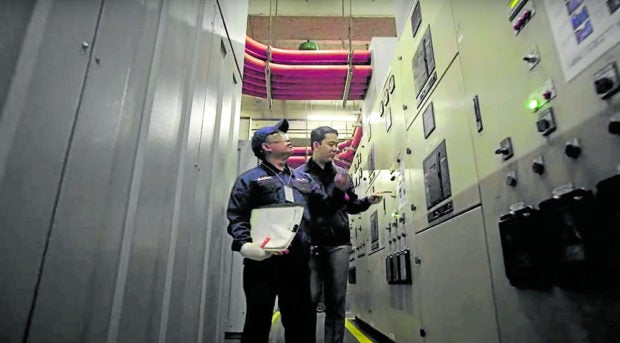 Today, despite the pandemic, Ayala Land remains on track to neutralizing Scopes 1 and 2 emissions of commercial properties next year, which means that all the greenhouse gases emitted by its malls, offices, hotels and resorts due to fuel and electricity use will be reduced and offset to as close to zero as possible by the end of 2022.

In 2020, it has already reached 91 percent carbon neutrality in its commercial properties.

This impressive achievement is no doubt an ideal way for Ayala Land and its parent company, Ayala Corp., to start their net zero journey.

By definition, carbon neutrality refers to “balancing greenhouse gas emissions by ‘offsetting’ or removing from the atmosphere an equivalent amount of carbon for the amount produced” through purchase of renewable energy and carbon credits or investments in carbon sinks, whereas net zero carbon calls for more extensive efforts to actually reduce “greenhouse gas emissions with the goal of balancing the emissions produced and emissions removed from the earth’s atmosphere.”

So how did Ayala Land do it?

Carbon neutrality or even getting close to achieving it is no easy feat.

For Ayala Land, this meant investing in measures to increase use of renewable energy to reduce dependence on fossil fuels; and of natural lighting, ventilation and energy efficient technologies to cut electricity consumption. It also called for natural regeneration efforts like tree planting, forest maintenance, reforestation and afforestation (planting trees where there were none before) to offset emissions. 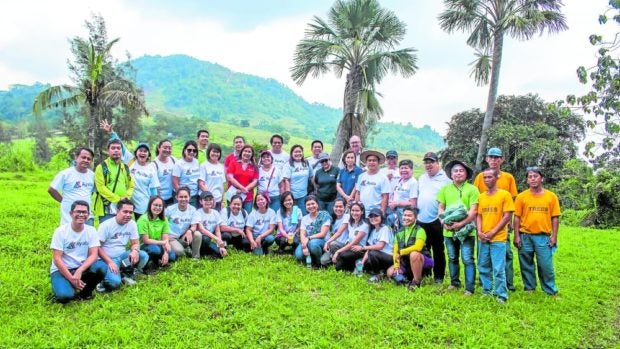 These initiatives clearly paid off. Currently, more than 80 percent of total gross leasable area of Ayala Land’s commercial properties are using renewable energy; 25,000 trees were planted in 24 ha of carbon forests in 2020 alone; and 80 percent of the total carbon forest area are now covered with trees. These carbon forests, with a total area of 586 ha, are spread across Laguna, Cebu, Davao City, Palawan and Sicogon Island. 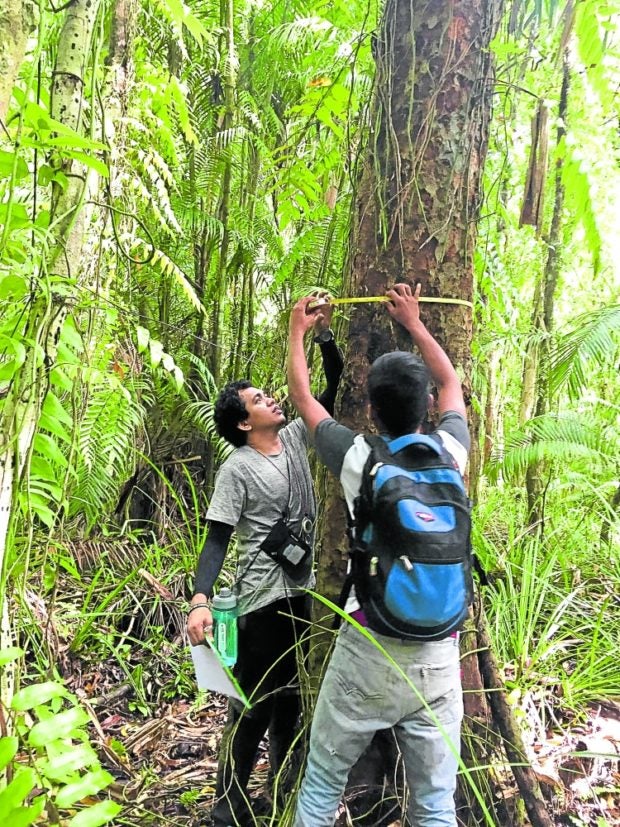 A team from the Center for Conservation Innovations—one of ALI’s partners—measuring the trees inside ALI’s carbon forest to assess carbon stock.

ACEN’s power facility is one of the country’s largest solar farms, and the first local facility to have a storage hybrid. This move is set to advance both companies’ net zero aspirations, eliminating 102,540 metric tons of carbon dioxide emissions yearly, equivalent to taking 22,291 cars off the road annually.

Prior to this agreement, the two companies have already jumpstarted their synergies in Alaminos through ACEN’s pioneering Sustainability Hub, envisioned to become a center for climate action programs and biodiversity awareness. Not only is the solar farm surrounded by Ayala Land’s carbon forest, a woodland reserve that acts as a carbon trap, it also has an ecohub that recycles solar glass panels into construction materials.

As Ayala Land has shown, reducing emissions should be multidimensional. Since waste management can have an impact on emissions, the company made sure to include it in its efforts. In particular, Ayala Land took a circular approach to waste management since 2019 by turning plastic waste into useful products. 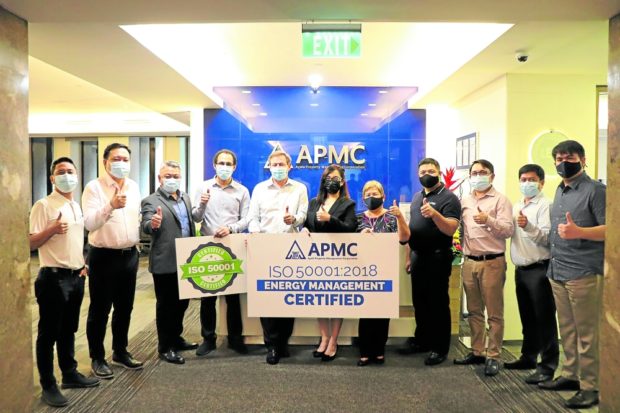 Instead of letting plastic waste fill dumpsites or find their way into bodies of water, Ayala Land had these recycled into eco-products like bricks and pavers that were used for the construction of pathways, sidewalks and fences within its estates. In 2020, some 28 metric tons of plastic waste, the equivalent of 2.8 million plastic water bottles filling up 73 basketball courts, were recycled.

Indeed, beyond ensuring sustainable, inclusive growth for the company, Ayala Land’s thrust for carbon neutrality and impact reduction goes a long way in helping the country in its fight against climate change.

Ayala Land has proven anew that it is not only a catalyst for growth, helping spur economic activity and generate jobs in areas where it is present. It has also become an impetus, a strong driving force toward a more sustainable, more resilient low-carbon future.