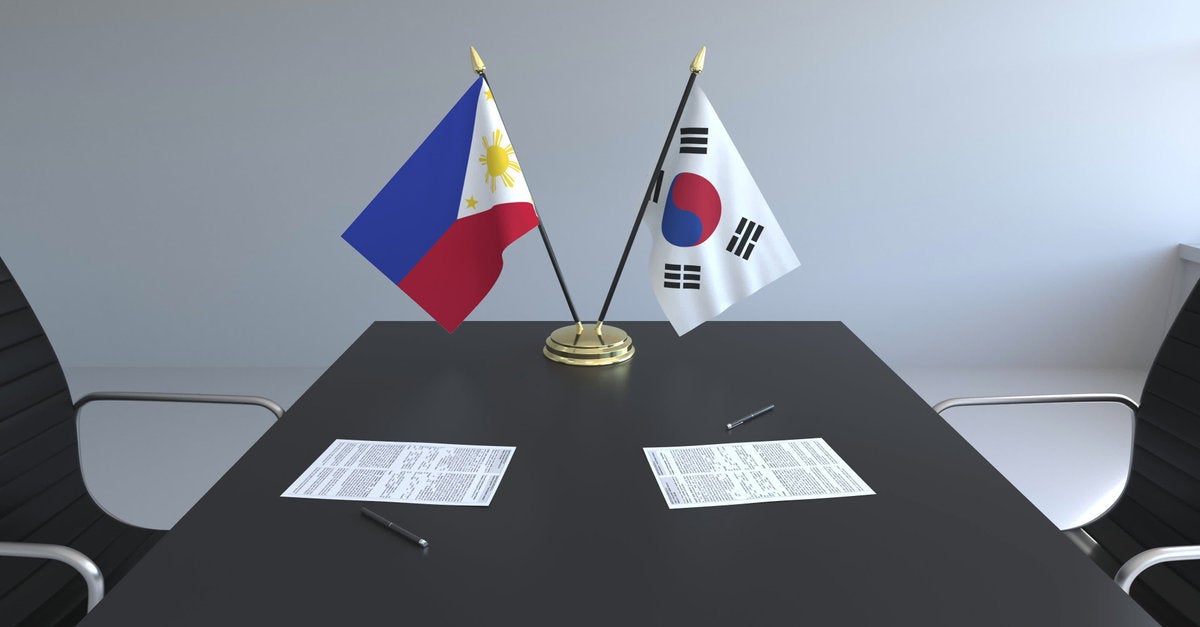 Flags and papers on the table. Negotiations and signing a contract. Conceptual 3D

Trade Minister Yeo Han-koo and his Filipino counterpart, Ramon Lopez, were to declare the conclusion of the bilateral Free Trade Agreement (FTA) and sign their joint statement during a virtual meeting set to be held in the day, according to the Ministry of Trade, Industry, and Energy.

The two sides began negotiations in June 2019, and had held five rounds of official talks before reaching the agreement.

“The agreement is expected to help boost our access to the young, dynamic market,” the ministry said in a release. “It will also serve as a foundation for broader bilateral cooperation in such various fields as healthcare, electric vehicles, and climate change.”

Manila, in particular, agreed to lift barriers for South Korean cars and auto parts, which is expected to help South Korea secure competitiveness in the market, the ministry said.

South Korea has inked an FTA with the ASEAN, but has sought to also clinch separate free trade deals with ASEAN nations, particularly after launching the so-called New Southern Policy in 2017 aimed at deepening diplomatic and economic cooperation with the regional bloc.

Another village chief gunned down in Nueva Ecija