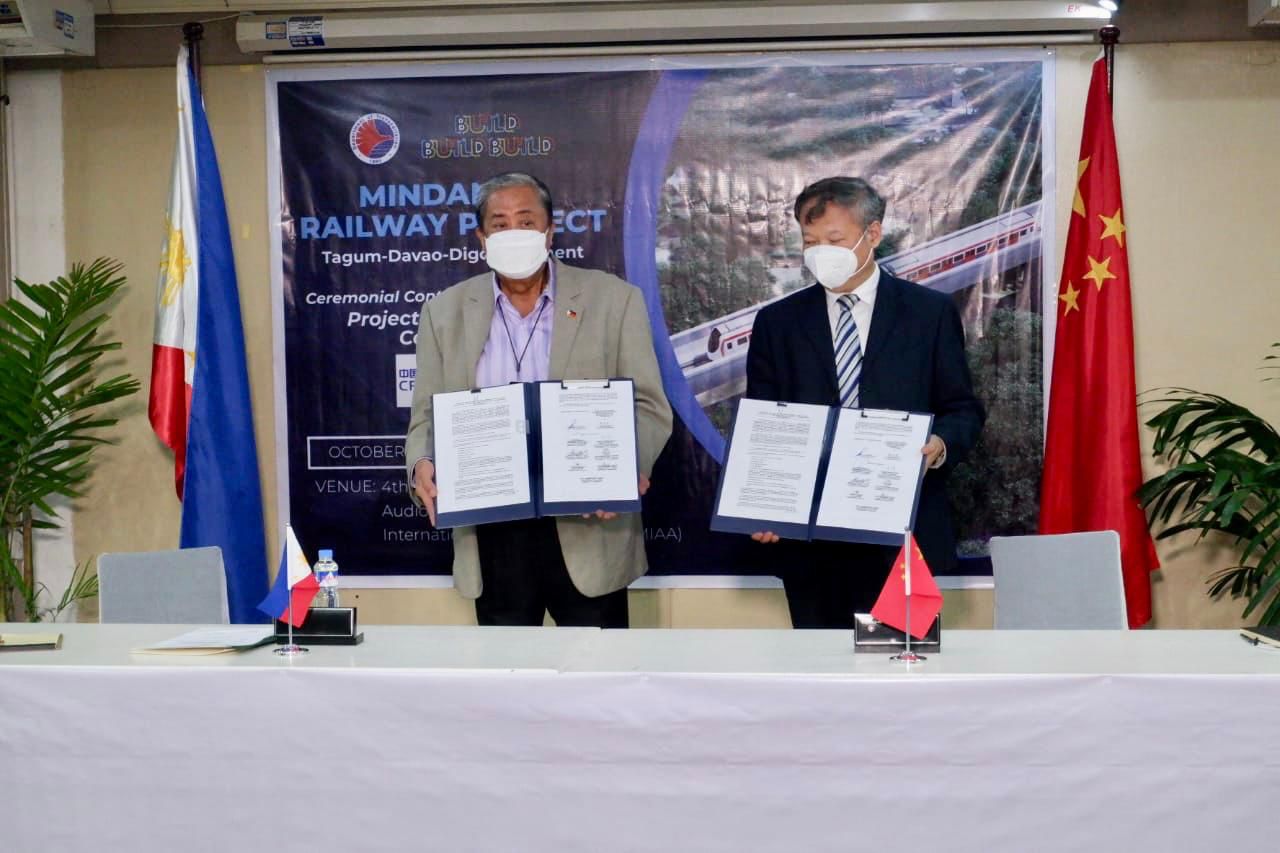 The first phase will be funded by China and covers the first 100-kilometers of the proposed 1,500-km Mindanao Railway project.

The initial segment will have eight stations and will connect Davao City, one of the country’s largest urban centers, with the cities of Tagum and Digos.

Transportation Secretary Arthur Tugade said on Wednesday the event marked their commitment to the Mindanao Railway Phase 1, among the flagship projects under the Build Build Build infrastructure program.

“It is just the small start to our commitment to bear into reality the so-called Mindanao Express,” Tugade said.

With the signing, China Railway Design will thus act as the project’s “engineer” and will assist the government in project management, cost estimates and design.

DOTr Undersecretary for railways Timothy John Batan said the railway project was among their “inclusive” infrastructure investments as he cited Mindanao’s large size but smaller economic contribution compared to Luzon.

“Mindanao Railway System will unlock opportunities and will realize the potential of the people and land of Mindanao,” he said.

Batan earlier said the Mindanao Railway Phase 1 will begin construction by the first half of 2022, with full completion seen by 2024-2025.

The Mindanao Railway Phase 1 is among the major infrastructure projects to funded by official development assistance loans from the Chinese government.

Once fully completed, the train line will cut travel time from Tagum to Digos to about one hour and 15 minutes from over three hours.

and Diogos. It will also have a heavy maintenance depot in Tagum and a smaller facility in Davao.

A video presentation prepared by the DOTr indicated the project would have a design speed of 120 kilometers per hour and serve an estimated 122,000 commuters per day when it opens.

China is the third-largest source of ODA loans for railway projects after Japan and the Asian Development Bank, according to the most recent list of flagship infrastructure projects issued by the National Economic and Development Authority.