Walther Uzi Buenavista has been regarded as one of the most successful millennial entrepreneurs in the Philippines today.

He founded Shawarma Shack, the home of “Buy One, Take One Shawarma”, a strategy born out of perseverance and dedication which soon became an established trademark in the Philippine food franchise industry.

A forward-looking business entrepreneur, Walther started his business with a clear goal – to bring the classic Mediterranean snack closer and more affordable to customers and help provide livelihood to fellow Filipinos. This desire, coupled with assertiveness, is his motivation to further expand his business and put up stores in some of the key locations across the country.

Walther launched Shawarma Shack when he was 26 years old with only a humble shack in the streets of Manila in 2015. With no college degree to brag about that time, he would have never imagined that their two-people ambulant food stand in Divisoria would now become one of the most successful multi-outlet businesses in the Philippines. In six years since its establishment, the brand has become a moniker for affordability, high-quality, and profitability in terms of on-the-go snack and food franchise.

Though the business will not be what it is now without the help of his people, Walther takes pride in his contributions to its success: growth, innovation, and employment. 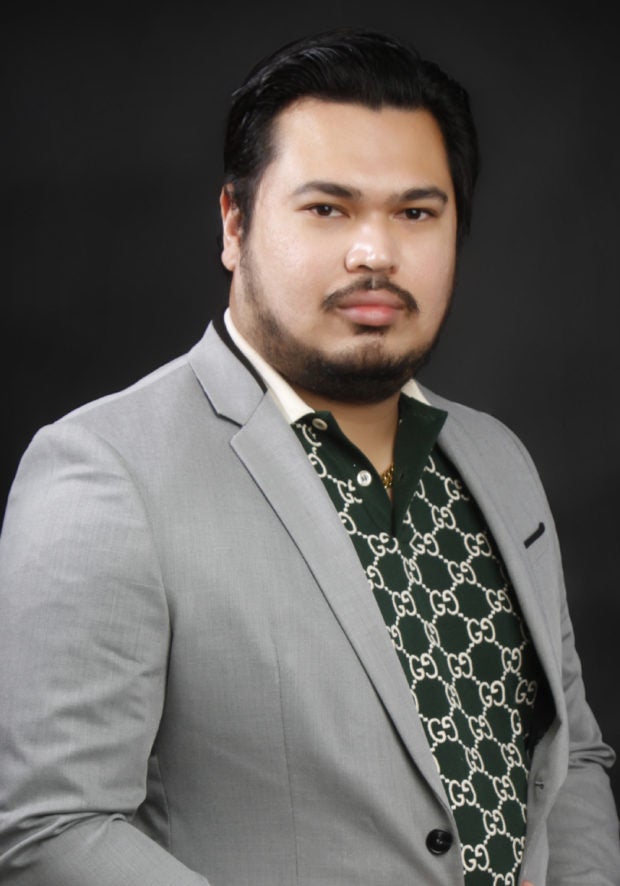 Through his leadership, the company presented a significant growth in demand and expanded enterprise sales. It managed to remain strong amidst the trying times. He claims: “Our distinctive visioning ability helped facilitate that growth.”

Walther invested in his product’s presentation by innovating his production facility. Shawarma Shack’s state-of-the-art, modern food lab is one of the many innovations that he is so proud of contributing to his company. Like any food business owner, he wants to make sure his food is up to standards.

In addition to its delicious and distinct taste at a reasonable price, Shawarma Shack products are manufactured from a modern food facility that operates with advanced equipment using smart technology. Above everything, he gives utmost importance to food safety and sanitation as these are the primary components of a good food business.

Beyond his goal of growing his business exponentially, Walther’s main reason for initiating a franchise chain is to help Filipinos survive and eventually bounce back from the impact of the ongoing pandemic. He envisioned this by helping them run their own business so they can open employment opportunities to others in need. This motivated him to go distance. At present, Shawarma Shack has over 500 stores nationwide and is still expanding. It just proves that his efforts have helped boost employment amidst the pandemic whilst inspiring other young entrepreneurs to strive and pursue their business goals, make their dreams become real and achieve financial freedom.

These attributes make Shawarma Shack a perfect fit for both seasoned and budding entrepreneurs who want to invest into a highly viable food business that was able to withstand the shocks created by the pandemic.

Buenavista is also actively participating in the programs and advocacies of the Philippine Chamber of Commerce and Industry PCCI), Philippine Retailers Association (PRA),and the Philippine Franchise Association, especially those that are geared toward boosting the growth potential of start-ups and small and medium enterprises.

With these achievements, Walther never fails to give back to society, which is a trait he would also want other entrepreneurs to embrace.

In May this year, the Philippine Coast Guard (PCG) recognized Walther’s effort in helping the government carry out its humanitarian response against COVID-19 and during disasters through logistical support to first responders in distribution of relief goods.

While in August, the National Capital Region Police Office (NCRPO) led by its Chief Major General Vicente Danao, presented a medal of valor to Walther for charitable initiatives as part of its support to police personnel for playing an important role in containing the spread of COVID-19.

Now at 32, Walther is one of the youngest finalists for the most coveted 2021 Injap Sia Outstanding Young Entrepreneur Awards by the PCCI.

Despite his success, Walther still believes in the value of education and he is determined to receive a college degree, this time a degree related to what he is venturing into. At present, he is pursuing a Business Administration Degree majoring in Human Resource Management at the San Pedro College of Business Administration.

In his words, Walther always guides himself of his overall goal: “to increase the success of the growth initiatives of the company as well as its technological progression in terms of innovation and bring more countless employment opportunities to our fellow countrymen.”

Read Next
Infra spending jumped 44.6% to P 570.4B as of end-August
EDITORS' PICK
COVID-19 cases in NCR, nearby provinces now going down — OCTA
Step up your vlog game with vivo’s newest smartphone
NUSTAR Resort and Casino: Cebu’s next lifestyle and leisure gem
PH records over 18,000 new COVID-19 cases for 2nd straight day
Rise to perfection: Spot on tiles for your stair risers
I’ll fight evil and misdeeds no matter what it takes—Guanzon on BBM party’s disbarment threat
MOST READ
Palace: Facility quarantine no longer required for fully vaxxed travelers starting Feb. 1
Macalintal says Guanzon liable for revealing vote to disqualify Bongbong Marcos
6 areas to be placed under Alert Level 3 from Jan. 28 to Feb. 15
Fully vaxxed nationals of non-visa required countries allowed entry to PH starting Feb. 10
Don't miss out on the latest news and information.