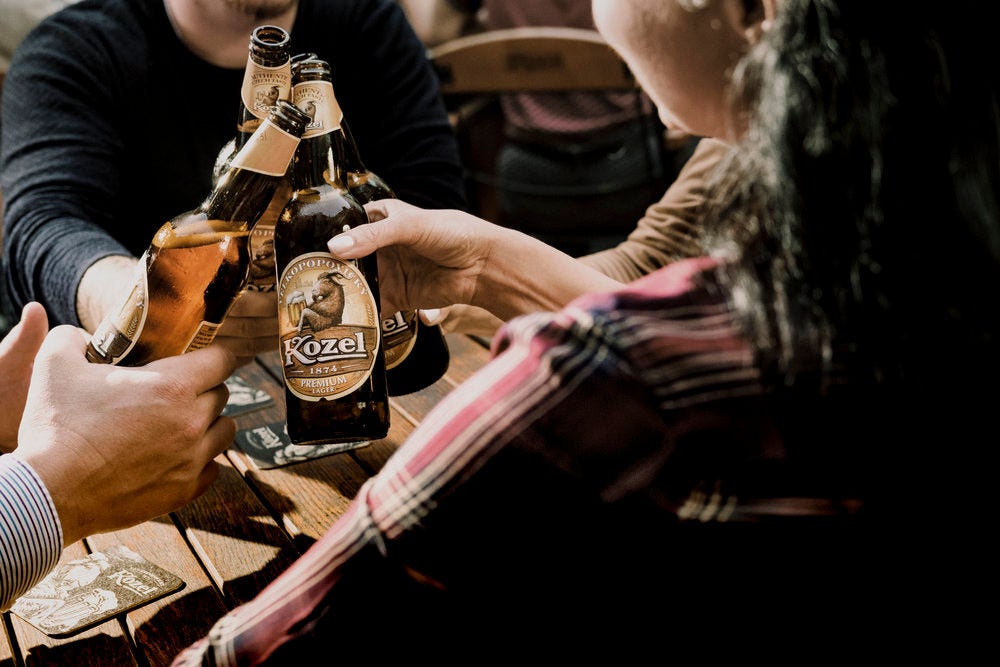 THE PARTY GOES ON Oktoberfest may be canceled again because of the COVID-19 pandemic, but Filipinos can still have a beer party at home. —CONTRIBUTED PHOTO

It’s October. And that means one thing for F&B (food and beverage) connoisseurs and beer lovers: Oktoberfest.

Sadly, Oktoberfest is canceled again this year. There were high hopes for its return this 2021 after last year’s cancellation, but in May it was announced that the 187th Oktoberfest, which should have taken place on the Theresienwiese in Munich from Sept. 18 to Oct. 3, would also be dropped.

“The risk is simply too huge that people here could become infected with [COVID-19],” organizers explained. “Oktoberfest can only take place completely or not at all. Or, in one Bavarian sentence: ‘So a bissl Wiesn geht ned (There’s nothing like a little bit of Wiesn).”

In prepandemic Philippines, there would usually be beer festivals at various hotels, bars and pubs all over the metro the entire month of October. Sadly, all those are canceled as well.

But no one is stopping us from drinking at home and celebrating with the people in our bubble or via videoconferencing platforms. In the spirit of Oktoberfest, let’s still make ourselves feel better with some good beer.

The operative word is, of course, “good.” “We are not promoting mindless drinking here but an appreciation for the complexities and nuances of carefully thought-out brews.

Strictly speaking, Oktoberfest revolves around only six breweries: Augustiner, Hofbräu, Hacker-Pschorr, Löwenbräu, Paulaner and Spaten. There are also clear specifications on beer quality: The festival beer must have an original gravity of at least 13.6 percent. The beer must be golden yellow, drinkable and full-bodied; and must have original wort percentage, alcohol content, bitterness and color. The Munich Purity Law of 1487 applies and the water must come from Munich deep wells. Finally, brewing is only allowed in the territory of the city of Munich.

In the Philippines, Paulaner is especially appreciated.

And here’s some timely trivia as we celebrate the Feast of St. Francis of Assisi tomorrow, October 4: Paulaner was named after St. Francis of Paola, founder of the mendicant Order of Minims, whose friars of the Neudeck ob der Au cloister established the German brewery in Munich in 1634.

The Minim friars are known for their humility but also for their “fourth vow,” a Lenten way of life, which includes abstinence from meat and other animal products.

Perhaps this vow was what inspired some brothers of the order, i.e., the monks in the Neudeck ob der Au Monastery in Munich, to become creative and make exceptional beer.

Whatever the monks did not drink, they would give to the poor. In 1634, the city council received complaints from other brewers about competition from the monastery. The date of this letter is considered the first documented evidence of the Paulaner Brewery and used as the founding date of the brewery.

Personally, though, with all respect and reverence to St. Francis, my personal preference for beer is named after St. Michael. I still love our good ol’ San Miguel Pale Pilsen (not Light!) proudly made in the Philippines.

And truth be told, I prefer dark beer over light. The best is still Guinness—not from the bottle or from the can, but draught. Guinness is an Irish dry stout that originated in the brewery of Arthur Guinness at St. James’s Gate, Dublin, Ireland, in 1759.

Since we cannot yet really travel as we used to, there is a good alternative here for dark beer lovers: Kozel. This is brewed in the village of Velké Popovice in the Czech Republic, just outside Prague, exactly where the first batch of Kozel was brewed in 1874.

To this day, this beer is brewed the traditional Czech way, with select malts and the aromatic hop premiant for a complex but well-balanced bitter and sweet taste.

Kozel is distributed in the Philippines by Don Revy (visit donrevy.com to order). It’s my favorite.

Whatever beer you choose to drink today, I hope it lifts your spirits. Let’s pray for an end to this pandemic.

And as we remember his feast day tomorrow, let’s raise a glass as well to St. Francis of Assisi and ask for his intercession to help us through this crisis. Paulaner cheers! Prost!