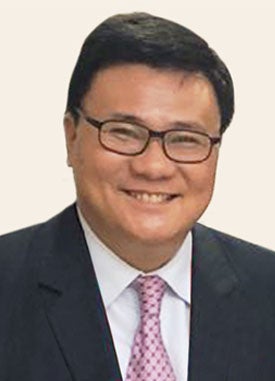 The US Chapter 11 court has allowed Philippine Airlines (PAL) to tap the remainder of a $505-million loan facility that would be underwritten by billionaire-owner Lucio Tan. PAL had earlier accessed an initial $20 million from the debtor in possession (DIP) facility, a core feature of its restructuring plan that would provide the flag carrier with needed liquidity to survive the ongoing health crisis.

PAL’s access to the rest of the DIP loans was ordered by the Bankruptcy Court for the Southern District of New York on Sept. 30.

“This important step confirms that our recovery process is on track as we continue to work hard on securing a fully consensual reorganization plan in an efficient manner,” PAL president and chief operating officer Gilbert Santa Maria said in a statement on Friday.

“We want to thank our lenders, aviation partners and other creditors for their high level of support and confidence in the future of PAL. We also appreciate the support of our valued customers as we continue to serve travelers and the Philippine economy,” he added. The DIP facility, backed by Tan’s Buona Sorte Holdings Inc., was divided into two tranches of $250 million and $255 million.

The DIP proceeds will be used to repay and refinance bridge loan obligations, provide working capital for PAL and cover other fees and expenses during the restructuring. Before the Chapter 11 filing last Sept. 3, Tan provided bridge financing to PAL worth a combined $100 million.

With additional funding, PAL will continue to operate flights and also “meet all its current financial obligations throughout the Chapter 11 process to employees, customers, the government, and its lessors, lenders, suppliers and other creditors.”

In a separate filing on Sept. 30, the US court authorized PAL to settle up to $73 million in claims from so-called critical and foreign vendors before the filing on Chapter 11 proceedings.

“With approval to fully access our DIP financing, PAL has the additional liquidity needed to meet our current and future obligations and to continue operating as usual,” Nilo Thaddeus Rodriguez, PAL chief financial officer, said in a statement.

“PAL will emerge a leaner and more competitive airline thanks to our hardworking employees, the resolute commitment of our majority shareholder and the strong support from our stakeholders and creditors,” he added.

The prearranged Chapter 11 process, which PAL hopes to exit within the year, would remove about $2.1 billion in aircraft-related debts.

Prior to the filing, PAL had overall assets of $4.1 billion and $6.07 billion in liabilities with cash and its equivalents amounting to $31.9 million.

Santa Maria earlier said the downsized operations would help the carrier sustain its business until prepandemic demand returns in 2024 to 2025.

Lacson questions link of Darganis’ lawyer with office under House