MANILA, Philippines — The number of unemployed Filipinos increased to 3.88 million in August, according to the Labor Force Survey of the Philippine Statistics Authority (PSA) released Thursday.

In a statement, the PSA said the country’s unemployment rate last month was estimated at 8.1 percent, an increase from the 6.9 percent or 3.07 million unemployed Filipinos reported in July.

READ: Unemployed Filipinos down to 3.07 million in July 2021 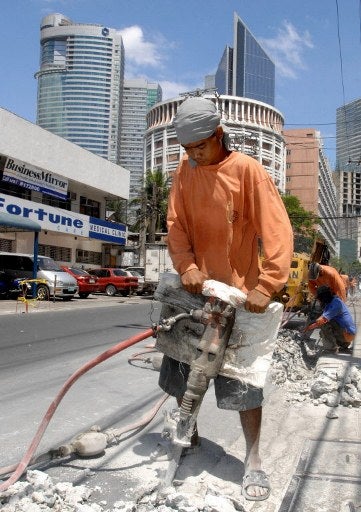 FILE PHOTO: A laborer works on a road project in the city of Manila. AFP PHOTO/JAY DIRECTO

According to the PSA, 91.9 percent translates to 44.23 million employed individuals.

“This was higher than the employment rate in April 2021 (91.3%) during which the National Capital Region Plus Bubble was under Enhanced Community Quarantine status,” the PSA explained. Employed individuals in April 2021 stood at 43.27 million.

Meanwhile, the country’s underemployment rate hit 14.7 percent in August, lower than the 20.9 percent recorded in July, the same survey showed.

Further, the Labor Force Survey noted that the labor force participation rate (LFPR) in August rose to 63.6 percent or 48.12 million Filipinos who were 15 years old and above that were either employed or unemployed.

This, the PSA said, was higher than the LFPR in July at 59.8 percent, which was equivalent to 44.7 million Filipinos.