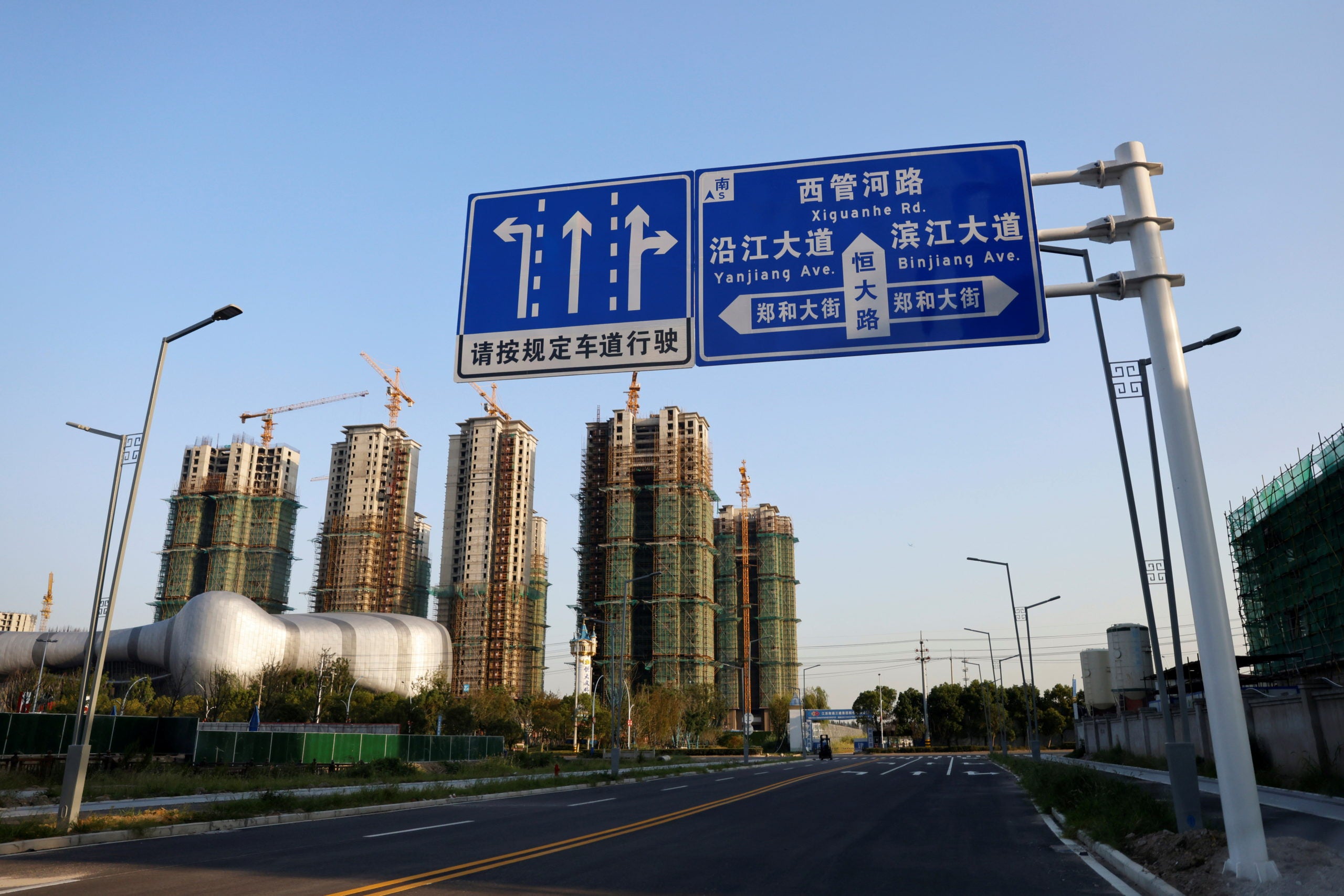 SINGAPORE — China Evergrande slipped toward a kind of limbo on Friday as time ticked away on an interest payment deadline which global markets are watching for signs of default, leaving investors on tenterhooks over the embattled property giant’s fate.

The company has run short of cash to fund its $305 billion in debts and markets are worried that a collapse could pose systemic risks to China’s financial system and reverberate around the world.

Last week Evergrande appointed financial advisers and warned of default and world markets fell heavily on Monday, though they have since stabilized. At its offices, furious small investors have protested to try and retrieve life savings sunk into its properties and wealth-management products.

Evergrande has promised to prioritize them and also resolved one coupon payment on a domestic bond this week. But it has said nothing about an $83.5 million offshore interest payment that was due on Thursday or a $47.5 million payment due next week.

Bondholders were losing hope and starting to think it might be a month or so before things become clearer.

As night fell in New York, there had been no announcements about the payment. A company spokesperson did not respond to requests for comment.

Failure to pay within 30 days of the deadlines would put the bonds in default and stoke concern about a messy liquidation that drags down China’s vast property sector.

“The likeliest outcome is that the company will engage with creditors to come up with a restructuring agreement,” she said.

“How China handles Evergrande, and others, could be consequential. If mismanaged, then the loss of confidence could have contagion effects to other financial markets.”

Bondholders should know soon after 0100 GMT whether any overnight payments had arrived, a trader in Hong Kong said.

On Thursday, Bloomberg Law had reported that Chinese regulators had asked Evergrande to avoid a near-term default, citing unnamed people familiar with the matter.

Global markets have begun a recovery following a sharp selloff, trading on the basis that Evergrande’s troubles can be contained. [MKTS/GLOB]

Evergrande’s assets are trading at distressed levels, with the share price down more than 80% this year and the dollar bonds with imminent payments due trading around 30 cents on the dollar.